Flood Insurance On The Rise, But Property Owners Aren't Worried

Insurance has been cited as the great savior of coastal commercial real estate, keeping property owners profitable in areas with high flood risk. Experts have said a shift in insurance premiums, deductibles and availability would be the straw that drives investors away from assets in such areas.

Now, two years after Hurricane Harvey deluged Houston with catastrophic flooding that became the second-costliest natural disaster in U.S. history, those changes are starting to happen.

The severity and frequency of flood damage over the last few years has led insurers to increase their rates and deductibles for flood insurance — one Houston property saw a 40% increase in its rate this year, and many are facing at least 15% bumps. Deductibles are way up, and payout limits are way down.

But the commercial real estate industry doesn't seem worried. Developers Bisnow talked to in Houston said this isn't halting planned developments, and property owners expect to swallow the rate increase and carry on. 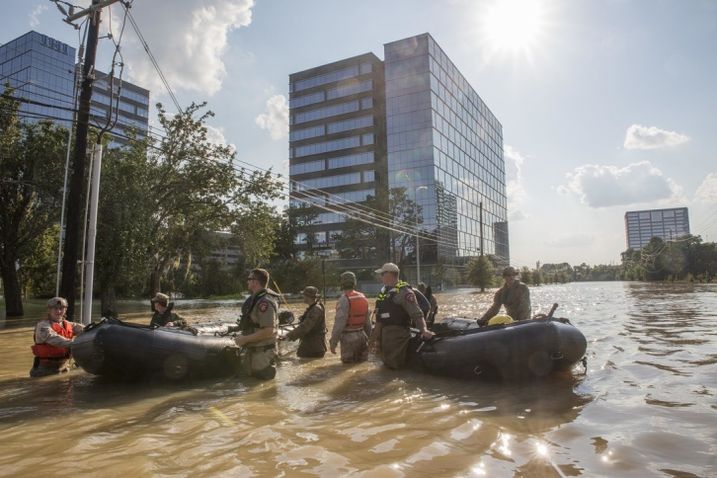 Securing an insurance carrier for properties in flood zones or damaged by Hurricane Harvey is increasingly expensive, and the availability of carriers taking on risk in Houston has decreased, Allied Orion Group partner Kirk Tate said.

"The first question that these insurers are asking is, 'Did you flood during Hurricane Harvey?'" Tate said. "And if the answer is, 'Yes, we flooded,' that property is excluded."

Hurricane Harvey caused $125B in damages statewide in August 2017. The six-day rain event dropped over 33 trillion gallons of water on Houston and Harris County. It is the second-costliest natural disaster in U.S. history.

Flood insurance rates in Houston have increased by 15% to 20% and even more in some cases since that period, USI Insurance Services National Real Estate Practice Leader Brian Dove said. Insurance companies are also requiring higher deductibles and underwriting less risk.

When Allied Orion Group, which manages 1,300 units across 60 properties in Houston, renewed its master insurance policy in May, the total coverage jumped by 20% year over year, Tate said. Deductibles rose as well, from 1% or 2% of the insured value to as much as 5%.

Dosch Marshall Real Estate co-founder David Marshall represents a Houston-based apartment developer that noted an initial 20% jump in insurance rates post-Harvey. In more recent renewal cycles, the rise has been between 8% and 15%, he said.

In another case, flood insurance rose by 40% for an apartment complex in Houston, Dove said. The deductible increased from $10K to $100K per occurrence. The complex is a part of a national account with assets in the Gulf Coast.

Multifamily properties have been hit the hardest for higher insurance rates among all the property types, Dove said. Apartments are more prone to fire and water loss claims in addition to increased risk from natural disasters, which makes them riskier for insurers.

Flood insurance is a small fraction of the total insurance policy, Tate said. Property owners also have to consider wind damage and other severe weather incidents. 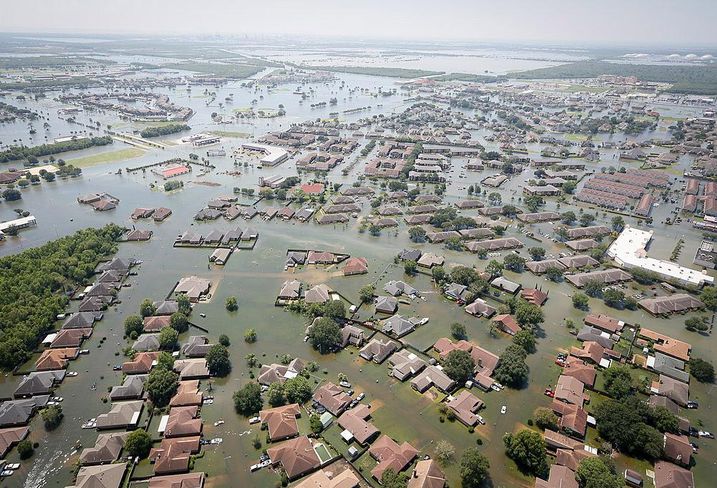 New mapping technology combined with past storm history has led to more properties being designated as in flood zones, increasing the number of properties in need of flood insurance.

Properties not in flood zones flooded in Harvey. Nearly all commercial property in Houston has some level of financial risk from flooding, CoreLogic principal Tom Larsen said.

"The importance of flood insurance is that it enables a rapid repair response," Larsen said.

Managed by the Federal Emergency Management Agency, NFIP provides affordable insurance to property owners, renters and businesses and enforces flood plain management regulations. The flood policy covers most commercial buildings for up to $500K in protections.

"The payout limits on the NFIP policy are often inadequate to cover commercial loss and potential and most commercial flood insurance is purchased in the private markets," Larsen said.

For example, if an apartment building was flooded and the residents had to move out for an extended period, the loss of income would be substantial while the property was repaired.

"That is the biggest problem we’ve got," Tate said. 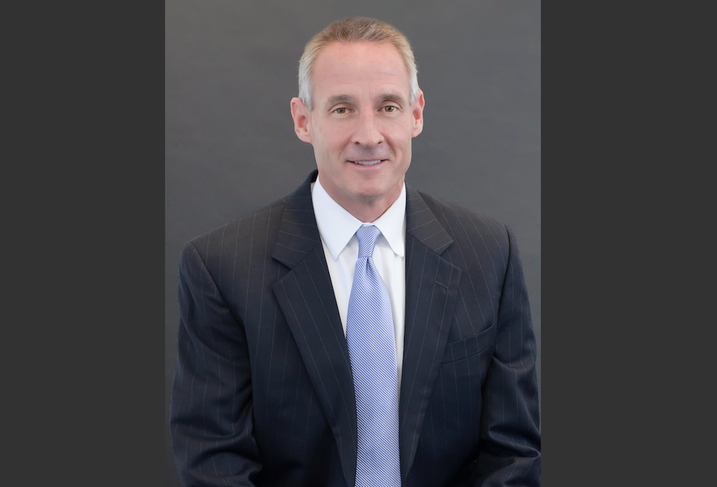 Private carriers have more discretion and will set evaluations based on the location, the value of the property and the past loss, Tate said. Properties in flood zones are much harder to insure.

"There are many insurance companies that will take on that risk. Some will, many won't," Tate said.

Insurance companies want to take on less risk and that is leading to smaller policies, Dove said. If a property had $10M in coverage before Harvey, the carrier may want to renew at $2.5M or less. If a property owner wants the same protection or even more, additional insurance can be purchased, but that costs more.

"Carriers may no longer offer limits for flood exposure that are adequate," Dove said. "If you have to go into the open market to buy more flood coverage, the cost will go up."

Another shift is what properties must get flood insurance, which is shifting as flood plain maps are being redrawn.

The pressure is mounting for changes to flood plain regulations in Houston and Harris County. Both have introduced new standards, and Harris County, spearheaded by newly elected Judge Lina Hidalgo, approved one of the strictest regulations in the country at the dismay of some in the real estate community. Others say the changes to flood plain maps and building codes are necessary even if they are painful.

"If we don't change, we are going to repeat and have the same results every time," Blank Rome LLP principal Alan Rubin said.

Underdrawn flood maps led to the inadequacy of insurance coverage, Larsen said. CoreLogic found roughly 70% of properties that flooded in Hurricane Harvey were uninsured. The insurance market is considering several major changes that could be finalized in the coming months.

Since Hurricane Harvey, the NFIP updated its management of the most extreme events with the purchase of reinsurance to reduce the peak loss exposure to the U.S. Treasury, he said. The program is releasing Risk Rating 2.0, a flood insurance pricing plan, later this month.

The goal of the new plan is to improve the solvency of the NFIP and to offer more appealing insurance prices to the lower-risk properties that are exposed to damage from infrequent floods like those from Harvey, Larsen said.

Commercial property owners and developers thus far seem unfazed by the shifts in insurance policies and expenses, though they are looking at improving resiliency to prevent flood damage.

That is partially because the actual dollar amounts may not be that significant to big commercial real estate companies. An Allied Orion property — a five-building, 140-unit apartment complex near the BraeBurn Village Country Club — was outside of the flood plain but now is within, so the company purchased flood insurance through NFIP with a $3,500 annual premium, or $700 a building a year, Tate said.

Boxer Property is working to mitigate insurance costs through its training and storm response protocol, which is aimed at decreasing the chance of damage and thus the need to rely on flood insurance.

"It is tempting but ultimately unhelpful to legislate around the industry’s underwriting. Instead, landlords should focus on what they can do unilaterally to reduce the likelihood of claims," President Justin Segal said. "In this way, Boxer has reduced its overall property and casualty coverage rates to less than a quarter of what other companies pay."

He said the company's approach to safety, training, preventive intervention and incident response has made insurers look on Boxer more favorably.

"We use loss and [quality assurance] data to improve our approaches. We won an award from our insurance company for this program."

Developers also said they aren't going to abandon projects because of rising insurance, with most focusing on whether a particular site has flooded rather than what the insurance market is doing.

"From a development perspective, developers are not looking at flood insurance as the determining factor for a project, they are looking at the feasibility of development and meeting the development regulations which require that you develop above [the] 100- and in some instances 500-year flood plain," The Signorelli Co. CEO Danny Signorelli said.

He said most new development isn't in a flood plain and thus he doesn't expect the cost of flood insurance to be an issue.

"Valley Ranch does not have any flooding and is well above the flood plain so from a development perspective we don’t have any challenges regarding flood insurance," Signorelli said. "We did quite well with Harvey as our stores were high, dry and open when other areas were less fortunate. Older developments within a flood plain are probably getting hammered quite badly."

Houston-based DC Partners is considering the flood risk for its new mixed-use project The Allen along Buffalo Bayou, though neither it nor the prospect of more expensive insurance is preventing it from breaking ground.

"Luckily for us, during Harvey, our site didn't flood," DC Partners Chief Operating Officer Acho Azuike said. "We didn't take on water, which is a great plus."

Proper flood mitigation is key for the project, Azuike said. The Allen is less dense than master-planned communities, which dominate Houston's suburban areas. Highly densified areas are more prone to flooding, he said.

"The site is primed for development because of the location," he said. "It is better to have density there as long as we have the proper mitigation for the flooding.”

"We know if you go and buy that we are going to have to buy special flood insurance. We are not going to mess with that. We won’t build in those areas," Tate said.

He expects vacant land sites in flood zones will become less attractive to the market overall.

"It's one thing to already have a building in a place, but to go ask for trouble by building in a flood-prone area, you're just not going to do that anymore," he said.

Property owners, especially those in flood-prone areas, will have to calculate the potential loss, Rubin said. Some precautions owners can take include identifying the properties damaged in Harvey and investing in flood mitigation projects. Federal and local officials could fund loans and grants to incentive flood mitigation projects. But an all-out ban on development within a certain distance from the coastline or in flood zones may be the only true deterrent of high-risk projects, he said.

The expansion of urban mitigation, through green space, parks and wetlands, is the backbone of reducing flood risk in Houston. Those sustainable projects absorb the water during flooding and recover without property loss, he said.

Property owners in flood-prone areas have to calculate the potential loss and purchase adequate coverage, Larsen said. Moving or elevating these properties will reduce the risk of flood damage, but the expense of mitigation makes this a challenge.

But flood risk extends well beyond the high-risk areas.

"Most of the homes in Harris County have some level of risk of flooding — so the risk of flood is owned by all of us," Larsen said.