Once a street marked by considerable blight, the Milwaukee Avenue corridor bloomed in recent years as a nexus of residential and commercical development. The momentum is still there, though finding developable land in some of the corridor's neighborhoods is trickier than it used to be. 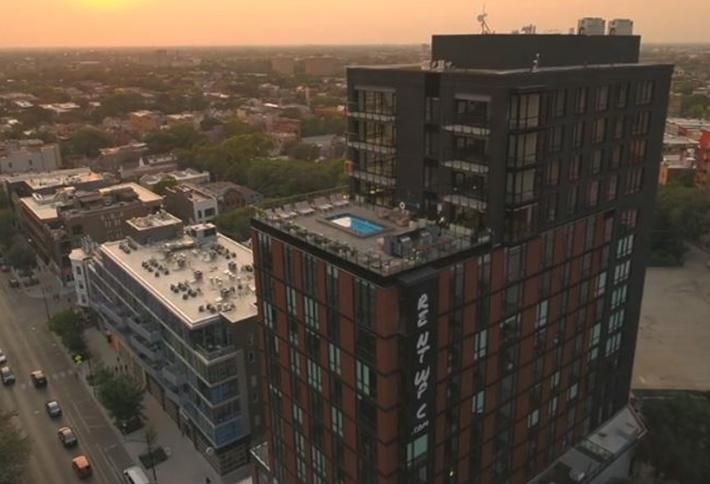 "We were bullish going in, but the demand has been beyond anything we expected," Centrum Realty & Development Managing Partner Larry Powers said, referring to the recently completed Wicker Park Connection II multifamily project at 1640 West Division St., about a block away from the Division Street Blue Line Station.

"The surprising thing about Wicker Park Connection II is that about a third of our renters aren't just from other parts of Chicago, they're from out of state," Powers said. "The neighborhood has a reputation that reaches far beyond the city."

This summer, the first residents began moving into the 146-unit community, which was co-developed by Hubbard Street Group and Centrum Realty & Development. It is next to the 60-unit Wicker Park Connection I (formerly Centrum Wicker Park), which was completed in 2016.

Part of the development's mix is retail, including a 13K SF, small-format Target, as well as one-third of its total 2.5 acres devoted to open space.

"In Wicker Park's case, the resurgence of the neighborhood has been coming for more than 20 years," Powers said. "The neighborhood is fully matured now, and what people want in an urban area."

In the future, however, it is going to be harder to do developments on the same scale as the Connection in Wicker Park, Powers said.

"There just isn't land of that scale available. We'd love to do another project in the area along Milwaukee, but there aren't any opportunities that we see right now." 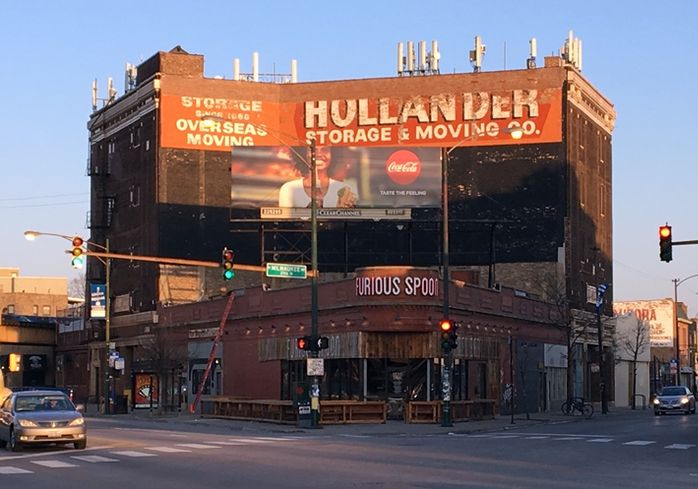 Wicker Park was an early success story along Milwaukee Avenue, but the corridor also includes a number of growing neighborhoods strung together by the CTA Blue Line. In places like Logan Square, redevelopment also continues to be an important part of the corridor's growth.

GW Properties recently acquired 2418 North Milwaukee Ave. — the 106-year-old Hollander Building — plus 11K SF of neighboring land, with plans to restore the building and create a mixed-use site with office and retail on the ground floor. Also part of the plan is the addition of a new apartment building with ground-floor retail.

“Over the last couple of years, we have seen a flurry of new development along Milwaukee Avenue due to transit-oriented development,” NKF’s Jim Cummings said. Along with colleague Brian Carroll, Cummings represented Hollander Holdings, the seller, in the deal.

The Logan Square property was built in 1912 and has been owned by the Hollander family since. Their firm, Hollander Moving & Storage, used the Milwaukee Avenue location to store archives and records. With the surge in development along the Milwaukee Avenue corridor, that now counts as under-use for the site.

“Not only was the opportunity there for the buyer to preserve and restore a historic property in a booming community, but also to redevelop the use with an addition of a brand-new building,” Cummings said.

Not far away at 2500 North Milwaukee Ave., inveterate luxe residential developer Fifield Cos. has broken ground on Logan’s Crossing at the former site of the Discount Mega Mall at North Milwaukee and North Sacramento — another example of under-use for the growing area.

The project, which will be completed in the fourth quarter of 2019, will include 200 residential units and 67K SF of retail space in two buildings, anchored by another Target and connected by a skybridge.