Mayor Rahm Emanuel will leave office in a few months, but before that he will have the chance to select the lead architects for O'Hare International Airport’s $8.5B expansion, one of the largest public projects in the city’s history. 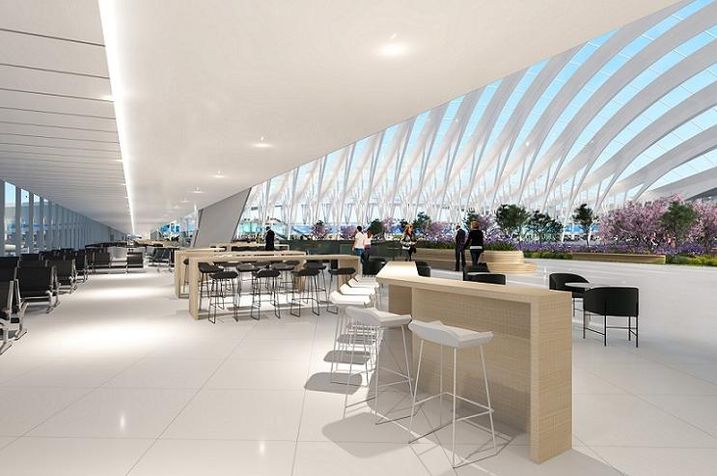 The Chicago Department of Aviation late last week unveiled renderings and models by the competition’s five finalists of the potential future O’Hare Global Terminal. The public can now review these designs and offer feedback.

Aviation officials said this is the first time the public has been invited to offer feedback on an airport design competition. Whether those opinions will have any weight with the mayor is unknown. Emanuel will also get advice and recommendations on the 2.25M SF terminal from a panel of experts that officials haven’t identified. This group plans to issue a report, but the city will not release it to the public.

Residents and travelers can view the new designs and share feedback in one of three ways: by visiting models at the Chicago Architecture Center, 111 East Upper Wacker Drive, by visiting at a special exhibit at O'Hare’s Terminal 2, or by viewing renderings online at www.VoteORD21.com. The feedback period ends Jan. 23, but both exhibits will run through Jan. 31.

The city intends to select two design teams: one to design the O'Hare Global Terminal and Concourse and another to design two satellite concourses.

Joseph Skender is retiring from Skender, a company that started in his family’s basement but today stands as one of the top construction firms in Chicago.

“There’s no way I could’ve imagined what this company would become when my father and I started the company decades ago,” the outgoing chairman of the board of directors said in a release.

Skender graduated from DePaul University in 1980, and joined the small carpentry company his father, Joseph Skender Sr., started in 1955. Through most of the 1980s, the firm’s work focused on remodeling projects managed by fewer than 10 employees.

His brother Mark Skender, now CEO, joined the firm in 1990, and the pair began winning bids for significant projects. In the early 2000s, Skender broke $30M in revenues, and opened its Downtown Chicago office. By the end of the decade, Skender had achieved more than $100M in revenues, and diversified into healthcare, public projects, retail and corporate interiors.

Joseph Skender will take on the title of chairman emeritus, and his wife, Cheryl, will continue as chair and president of the Skender Foundation.

Venture One Real Estate promoted Keith Goode to chief financial officer. Goode has served as vice president of finance since joining the company in 2015. He oversees asset management for Venture One’s 9M SF industrial portfolio. Prior to Venture One, Keith served in the finance department of Indcor Properties, a portfolio company of the Blackstone Group, where he had responsibility for a 158-property industrial portfolio. During his tenure at Indcor, Goode was part of a team responsible for key reporting metrics related to the $8B acquisition of the company by GLP.

Englewood Construction hired Casey Urlacher to join the company’s business development team. Urlacher is mayor of the Village of Mettawa, a job he will continue to hold. The brother of NFL Hall of Famer and former Chicago Bears player Brian Urlacher, Casey Urlacher played in the Arena Football League following his football career at Lake Forest College. He was also co-owner and manager of several restaurant ventures in the Chicago area prior to entering politics.

Metro Storage LLC promoted Nicholas Gerou to the newly created position of chief investment officer. Gerou has been with Metro Storage since 2010 and served in multiple roles, including senior financial analyst and director of finance. He will oversee Metro's new self-storage joint ventures and property acquisitions and development. 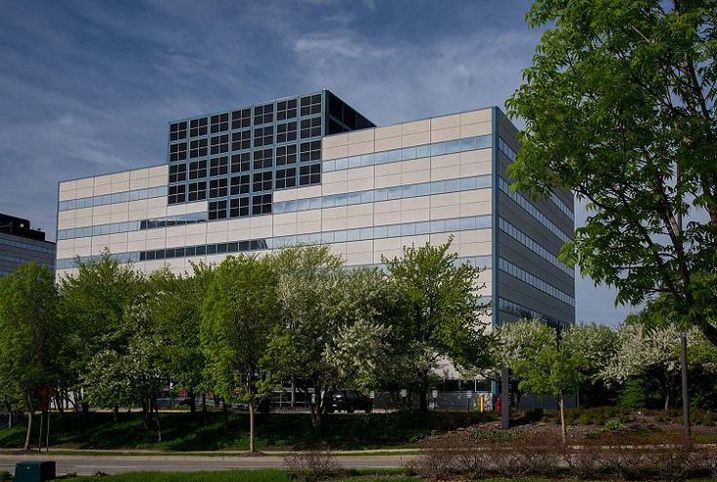 MBRE’s Andrew Davidson, Jay Beadle and Craig McCaw represented longtime client PPM America in a lease extension for its suburban office at 300 North Martingale Road in suburban Schaumburg. The investment management firm extended its 13K SF lease by five years. PPM America, which is headquartered at 225 West Wacker in Chicago, has had the Schaumburg location since 2003.

Newmark Knight Frank completed a 270K SF lease extension at 5139 West 73rd St. in Bedford Park. NKF's Geoffrey Kasselman and Chris Hill arranged the lease on behalf of Assemblers Inc., a private assembly and packaging company, which has occupied this property since 2014. Landlord GLP was represented by Brian Vanosky and Jeff Janda, both with Lee & Associates.

Chicago Southwest Development Corp. will purchase an 11-acre parcel from the Chicago Board of Education at the corner of 31st Street and Kedzie Avenue, the former site of the Washburne Trade School. The purchase represents the culmination of efforts to acquire the entire 32 acres needed to construct Focal Point, a multiuse campus anchored by a new Saint Anthony Hospital.

Mayor Rahm Emanuel said in 2013 that the new campus was one of his top development priorities. The site will include programs to support health and wellness, early childhood development, education, affordable housing and workforce development. 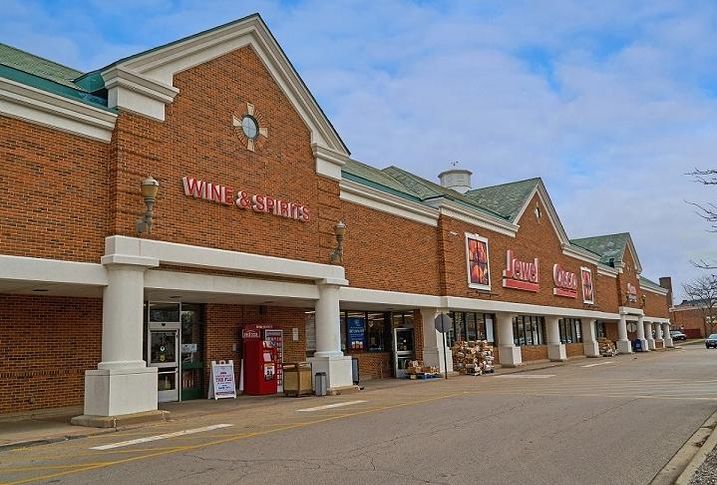 Courtesy of The Boulder Group
Jewel-Osco at 150 West Main St. in Barrington, Ill.

The Boulder Group completed the sale of a single-tenant net-leased Jewel-Osco property at 150 West Main St. in  suburban Barrington, for $12.8M. The 60K SF building sits on 3.78 acres at the intersection of Main and Hough streets. Boulder’s Randy Blankstein and Jimmy Goodman represented both the buyer — a Midwest family office doing a 1031 exchange — and the seller, a Southwest-based private real estate investment company.

The Cawthon-Labriola Group of SVN Chicago Commercial sold a 13-unit mixed-use building at 1700 West 19th St. in Chicago's Pilsen neighborhood for $2.1M, marking their 71st transaction in the neighborhood. Angelo Labriola and Paul Cawthon represented the seller. The property has a mix of one-, two- and three-bedroom units and a retail unit with a long-term tenant. 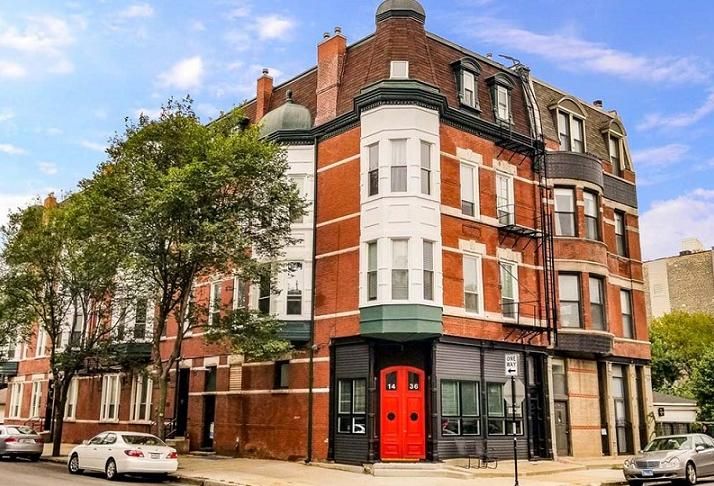 Interra Realty’s Brad Feldman and Adam Saxon brokered the sale of a 14-unit multifamily property at 1436 West Erie St. in Chicago’s West Town neighborhood. Interra represented both the buyer and seller in the $3.3M transaction. Built in 1889 and renovated in 2017, the property includes a mix of studio, one- and two-bedroom apartments, which were fully leased at the time of closing.

“The Oso Apartments development is going to fill a major void in our neighborhood for low- and middle-income families who want to live in this area but are in danger of being priced out,” 35th Ward Alderman Carlos Ramirez-Rosa said.

Located at the southwest corner of Montrose Avenue and Bernard Street on land that was vacant, the new five-story building, designed by Chicago-based Canopy Architecture + Design, will offer 32 one-bedroom and 16 two-bedroom apartments. Of the 48 apartments, 32 will go to renters on the CHA’s waiting list. Fourteen units will go to households earning up to 60% of the area median income and the remaining two to households earning up to 50% of AMI.

HFF arranged financing for the development of Deerfield Senior Residences, a 240-unit, six-story, luxury independent living community in the northern Chicago suburb of Deerfield. The HFF team worked on behalf of affiliates of Banner Senior LLC, the managing partner of the joint venture partnership developing the facility, to arrange joint venture equity through Harrison Street. The residences will be adjacent to the Weinberg Campus for Senior Living. CJE SeniorLife, an affiliate of the Jewish Federation of Metropolitan Chicago, manages the Weinberg Campus, and will also manage the new Deerfield Senior Residences.

Associated Bank completed a $6.5M loan to Timber Hill and The Missner Group for the acquisition of 12 acres at 2100 North 15th St. in Melrose Park. An on-site 300K SF building will be demolished to make way for a 285-space truck parking lot. The facility, which Timber Hill and Missner will operate, is scheduled for completion in July. Associated Bank’s Krista Casper managed the loan and closing. 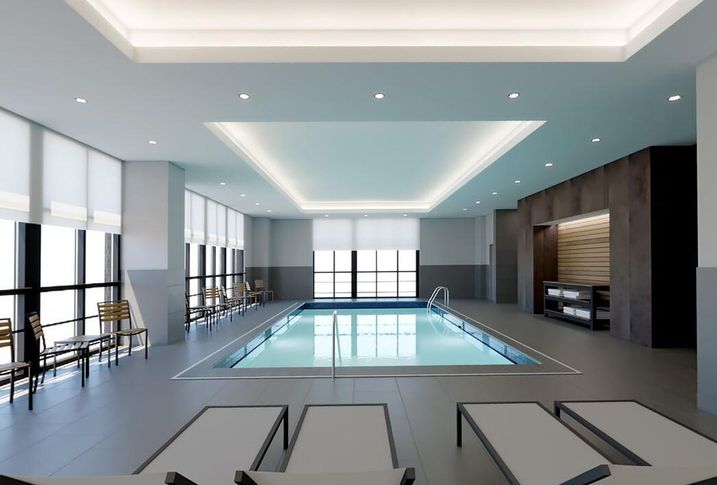 McKibbon Hospitality was awarded the management contract for Hyatt House Chicago Fulton Market District. Sterling Bay is developing the 14-story building, which is co-owned by an affiliate of Wheelock Street Capital. Skender recently topped out the hotel, which Sterling Bay expects to open this summer. This will be the first hotel in the Fulton Market District catering to extended-stay corporate travelers. It will feature 200 rooms and a top-floor pool with a sky deck.