The 6 Things That Keep Baltimore Multifamily Developers Up At Night

Baltimore is building more apartments than ever in response to the growth and maturation of the millennial population in the city and the influx of empty nesters of the baby boomer generation, but all is not rosy in Charm City, as panelists at Bisnow’s Baltimore Multifamily Boom event discussed June 27 at the Four Seasons Baltimore.

1. The cost of construction materials 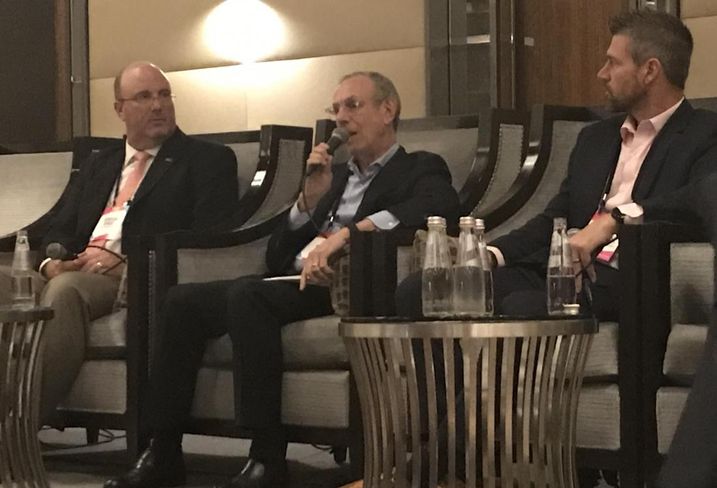 President Donald Trump’s trade policy is a growing source of concern for developers, as his tariffs have caused the price of lumber, steel, concrete and other building materials to spike. Lumber has seen the biggest price jump in the area, increasing in price by an average of 42% in the past year, Bozzuto Development Managing Director Jeff Kayce said.

“Those are enormous changes, and it makes it very challenging to get a deal on the acquisition side and plan for the contingencies necessary to break ground,” Kayce said.

At least as damaging to developers, deal-makers and contractors as higher prices is the lack of certainty going forward. The suddenness with which Trump has implemented his policies instills fear on all sides that any long-term deal locked in now could look wildly different in a matter of months.

“Tariffs, trade wars and things like that create a lot of instability with prices,” Whiting-Turner Senior Project Manager Steve Mayoryk said, adding that the longest he can get a material supplier to hold a price now is for 15 days. “Clients can’t deal with that. They need assurances for five or six months, which means we need to put contingencies into our deals. It’s been a challenge, and we have seen projects go by the wayside because prices can increase 3% in three months due to tariffs or trade concern.” 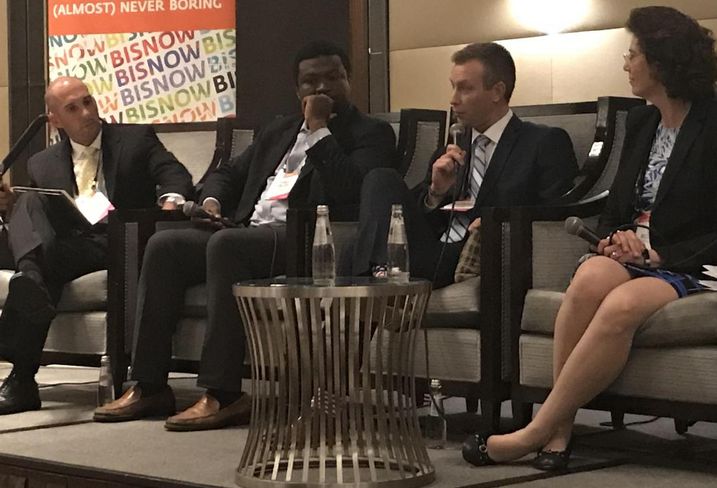 In a time where demand for labor in multifamily construction has virtually never been higher, the industry has failed to grow its ranks to match. The shortage has driven prices up, further complicating the margins of development deals, and Mayoryk said the issue is still trending in the wrong direction.

“There’s a substantial amount of work, so the labor shortage is getting worse and worse as more projects come online,” Mayoryk said. “It’s a little bit of a management technique trying to learn how to deal with the labor shortage, to learn what kind of labor we’re getting on a project.”

The kind of labor is another part of the issue. Mayoryk said that a side effect of the labor shortage having gone on this long is a decline in the quality of available labor, not just the quantity. Whiting-Turner has had to assign additional staff to most current projects to more closely oversee laborers. On top of that, the political climate isn’t doing the industry any favors.

“The recent immigration policies are not necessarily a positive thing as we look at the labor shortages we’re having,” Kayce said. “The pendulum seems to be swinging wider and wider across society and it’s affecting how we do business.”

Anti-immigrant sentiment on the right has had the predictable effect of thinning the ranks of the undocumented on which the construction industry has long depended, and the deepening distrust of capitalism on the left has grown “the perception of the developer as this bad guy,” Kayce said.

Kayce and WorkShop Development principal Dick Manekin both expressed concerns about the deepening divides making it increasingly difficult for developers to operate. All panelists emphasized the importance of grass-roots programs for mentorship and apprenticeship as ways to build the labor force without angering either side of the aisle. 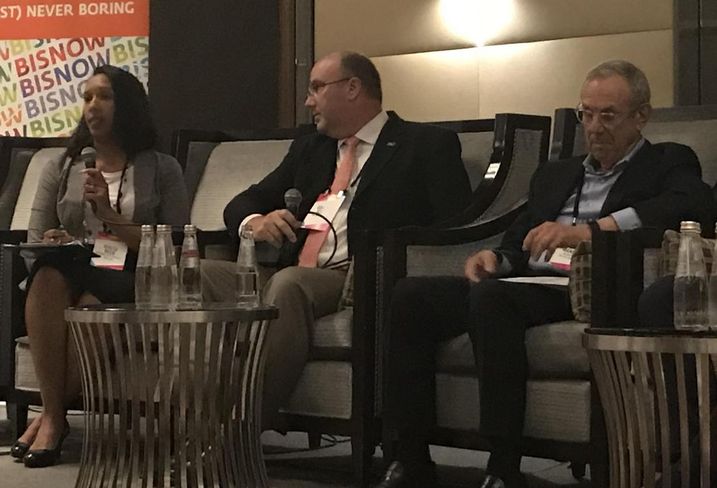 Multifamily development has long been characterized as an amenity arms race, but as the cost of such amenities is passed on to residents, they have begun to lose their luster relative to simpler, cheaper developments, Manekin said. Kayce agreed, saying amenities have “gotten too big after 15 years of hitting more items on the checklist.”

That said, delivering a building without any amenities is a non-starter in the current environment, when rents need to hit a certain level to justify the high construction cost. The two primary demographics driving apartment demand, baby boomers and millennials, specifically want amenities that promote “a more holistic approach to a healthy lifestyle,” JP2 Architects principal Gordon Godat said.

“Residents are now demanding social and interactive spaces to support that lifestyle, so we’re seeing more demand for amenities that bring people together and force interaction,” Godat said.

The emphasis on spaces with mixed usages to create a social atmosphere bears a resemblance to the influence that coworking has had on office design, but co-living has been a tougher transition from traditional apartments.

“One of the reasons it’s a little bit slower is that there’s likely an appreciation for a little privacy in one’s unit with the communal option of amenity spaces outside of it,” Kayce said.

There may be a major co-living project coming to Baltimore next year that can’t officially be announced yet, Godat said, and plenty of eyes will be on its early performance. Until then — and even after — striking the right balance is crucial, but with such uncertainty surrounding construction costs, balance has become more of a moving target than ever. 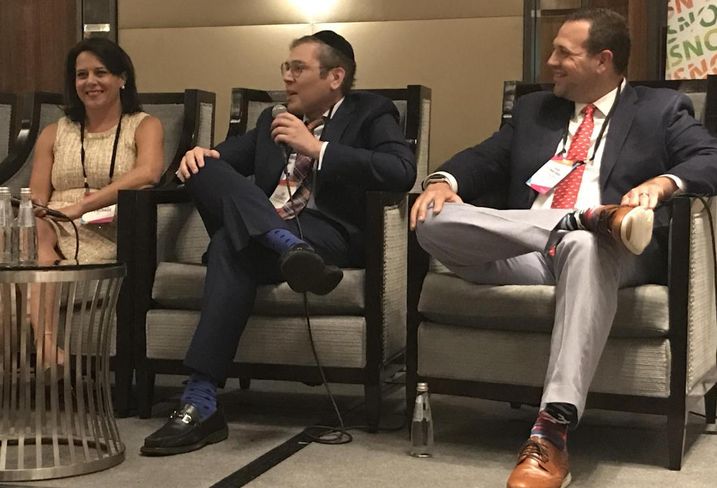 A somewhat simpler answer to the question of how to maintain a healthy profit margin while responding to both construction costs and value-focused renters has been shrinking the size of units.

The pool of renters for one-bedroom apartments at $1,200 per month or so is much deeper than the one for units approaching $2K per month, Manekin said. Two buildings in Canton that delivered at around the same time, The National and Highland House, had very different lease-up rates over the same period. Highland House, with its smaller units, saw much better leasing velocity, Manekin said.

While millennials are willing to forgo the apex of luxury in favor of something more affordable, empty nesters simply need more space to fit all the stuff they have accumulated over the course of their lives. Godat believes focusing too hard on shrinking units could come back to bite a landlord in a few years’ time.

“We are seeing a downsizing trend in these projects, and we need to make sure that our clients are keeping their projects marketable in five or 10 years,” Godat said. “When empty nesters move into the city, they’ll need units that can fit a king-size bed and a dresser in the bedroom.” 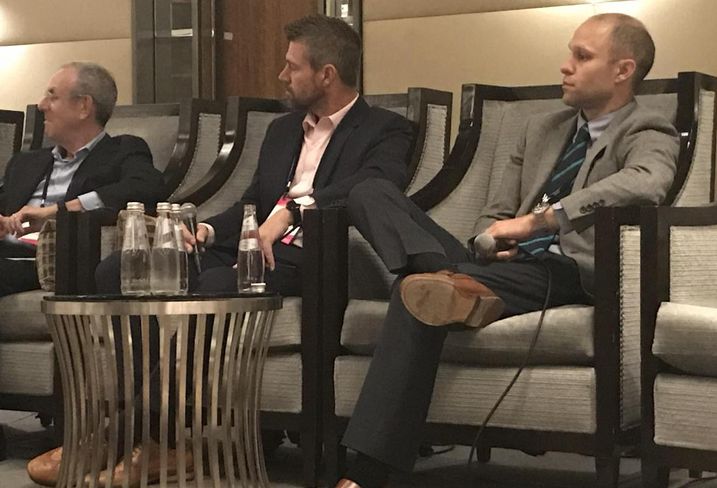 It has long been the consensus of the real estate community in Baltimore that the city’s negative reputation on crime and safety has been its biggest stumbling block on the path to robust growth. It has been borne out in Baltimore’s disappointing recent record in attracting new businesses and jobs, but it also has an overlooked effect on multifamily development.

The cost of new construction and the city’s wealth of historic, underused buildings heavily incentivize redevelopment, but such buildings often lack the infrastructure needed for parking garages, which remain stubbornly necessary. Kayce said that renovated buildings without significant parking in Bozzuto’s portfolio lease about six units per month fewer than its new construction.

A key factor in the residents’ desire for parking is their reticence to leave cars on the street due to concerns about theft and carjacking.

“There’s a stigma in this city about safety, and you need to work through that one way or another,” Kayce said.

Baltimore’s public transit system is not considered as a replacement for cars on the same level that it is in New York, Washington, D.C., or even Philadelphia, but ride-sharing apps change that equation somewhat. Lyft and Uber are too costly to be used as an everyday option for most, but Manekin believes that landlords can bridge some of that gap.

“The sharing economy is very much a part of the world in which we live,” Manekin said. “If one looks at the cost [to build] parking anywhere … it adds up. Why not take that money and make a deal with a ride-sharing company?” 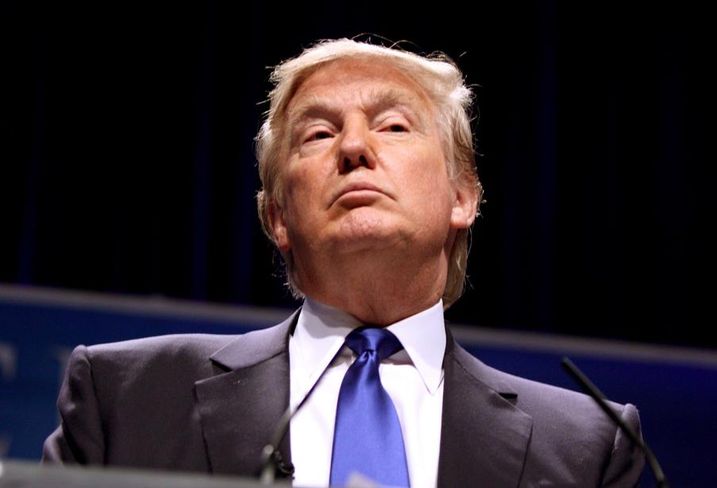 Part of the reason redevelopment is so enticing in Baltimore is the availability of several tax cuts for historic preservation, affordability and revitalization of blighted property. Kayce and Godat credited the city’s Enterprise Zone, Brownfields, High Performance and Historic Preservation (or CHAP) tax credits for the development boom that gave the event its name.

Even with all of those programs on the books, Republican fiscal policy at the federal level has created an environment of uncertainty — because of the slashed funding for the Department of Housing and Urban Development, because there is language in the new tax law threatening historic preservation and because the new tax policy has yet to be fully understood, Encore Sustainable Design principal Nakita Reed said.

“For us, [the concern] is how the new tax policy will actually be implemented,” Reed said. “We depend so much on tax credits that it’s actually stalled out some projects we’ve been working on, and we’re trying to figure out how it affects projects that have already started with tax credits.”

It has so far been a disappointing result of a set of policies designed to boost business investment in the economy, and even though some remain optimistic that the benefits will come down the line, Manekin expressed frustration at the current environment.