The frustration at Baltimore’s negative reputation surrounding crime was evident at Bisnow’s Future of Downtown Baltimore event. Although significant multifamily development is happening, demand has yet to match supply — and for one of multifamily’s two key demographics, crime is playing a part. 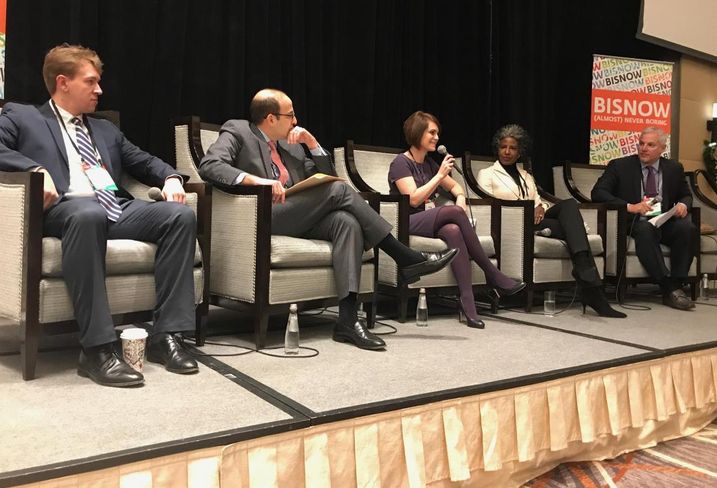 “Empty nesters are very sensitive to crime, and stories about crime really turn them off,” AvalonBay Communities Real Estate Development Director David Bookhout said. “They don’t have immediate incentives to move like millennials, and they can stay in their house another year.”

Most panelists agreed the reputation Baltimore exports is far more severe than what is being experienced on the ground, and several echoed the need for the city and its businesses to more effectively “tell the story” of all the positives that have been drowned out.

“I’m downtown at 11:30 at night all the time, and walking down Calvert Street, I never feel unsafe walking alone, even though [my company has] an official rule against it,” Chesapeake Shakespeare Co. Managing Director Lesley Malin said. “There are people on the streets and traffic on the streets.”

“It is a perception issue, but it is what everyone’s talking about,” Mackenzie Commercial Senior Vice President Terri Harrington said. “For the first time, I am sensing that people do have heightened concern. I know women who carry mace that didn’t before, and I think people are being reactionary, but unfortunately it’s still a reality right now, and we can’t bury our heads in the sand and not address the perception.”

About 6,000 apartments are in the pipeline in Baltimore, but units that have come online are leasing up much more slowly than they did last year, according to Continental Realty Corp. Vice President of Acquisitions Ari Abramson. But Abramson, Bookhout and A&R Development Chief Operating Officer Marjorie Rodgers Cheshire all believe the softness of demand is a short-term issue.

Meanwhile, home and condo sales have been steadily rising since after the recession, seemingly less affected by crime stories and the protests in the wake of Freddie Gray’s death and the ensuing legal battles.

“What I can say unequivocally is that we have not seen a decrease in demand for for-sale properties since the [Freddie Gray] uprising,” Live Baltimore Executive Director Annie Milli said. “In the time since, the only two months that have not seen increases in sales were due to a blizzard. And I want to reinforce that point, because people’s residential decisions are driven by more than a headline.”

Though Milli acknowledged that renters are more likely to base decisions on current conditions than those who commit long-term to properties they purchase, Rodgers Cheshire countered Live Baltimore’s data-centric findings with more concern.

“It’s good [that sales have increased], but we have to think about what the growth might have been if not for unrest,” Rodgers Cheshire said. 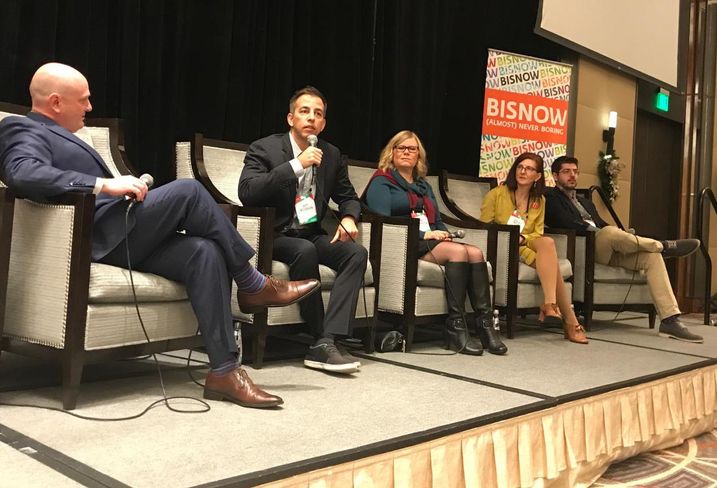 Beyond foregrounding the positives of Baltimore, panelists suggested infrastructure improvements like street quality and lighting to improve safety and confidence in neighborhoods. Above all, more development and occupancy in office and retail seems to be the answer for supporting the apartment deliveries and turning public opinion around. Vibrancy, they agreed, is the best antidote.

“There isn’t a large grocery store downtown except for all the way toward Whole Foods, and if you’re not driving, that’s a problem,” Malin said. “There also needs to be, say, a movie theater again in downtown. [Our downtown theater and] the arts are great, but some of the everyday-ness like Target, etc. is what people need to have.”

As far as office, the lack of businesses coming in from out of market remains a concern. The tenants looking for space are largely on the smaller end, from 3,000 to 5,000 SF, according to Harrington, and without any long-term commitments. Such tenants are hardly the foundation on which to build a neighborhood.

Comcast did move offices recently within the area to Locust Point, and in doing so proved why areas on the outskirts of downtown like Locust Point and Canton are among the most popular for businesses. The apartment deliveries and the live-work-play environment that creates vibrancy push crime concerns to the background.

“One of the deciding factors was the mixed-use environment, since we’re trying to attract more millennials,” Comcast Business Vice President Byron Cantrall said. "At lunch, they can walk to a casual dining location, or even where they live."

Without a robust public transit system, another issue panelists said requires attention from the city and state, walkability is key for weaning people off of cars and activating the street level.

“Even one dead block can make the walkability of an area struggle,” Bookhout said. “Building the bridge connecting Harbor Point to Harbor East and Fells Point [will help walkability], and development can connect the walk between neighborhoods.”

Though the bridge project has been delayed, those eastern neighborhoods that some would include in Baltimore’s downtown are among the city’s most recent successes — successes that need to be duplicated for the entire city’s sake.

“It’s not just good that areas outside of the central business district are thriving, it’s essential,” Lyft Market Manager Mike Heslin said. “Great cities around the world with only a couple of great neighborhoods don’t exist.”