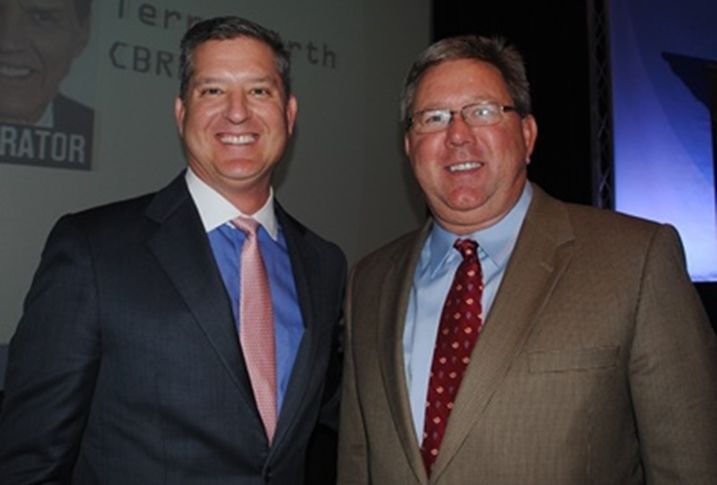 McDonald, who operated out of Eastdil's Atlanta and Dallas offices, has had his hands in the trades of some of Atlanta's most recognizable trophy sales. He helped broker Hines' sale of the Atlanta Financial Center to Sumitomo Corporation of Americas, Lionstone Investments' purchase of 271 17th St. — the 542K SF tower anchored by BB&T in Atlantic Station — from CBRE Global Investors, and the sale of 191 Peachtree, the 50-story Gothic-inspired skyscraper in Downtown Atlanta that Banyan Street Capital and Oaktree Capital Management bought from Cousins Properties in 2016.

McDonald — one of the top investment sales brokers in the Southeast — has sold more than $5B in real estate during his career. Officials with Cushman & Wakefield declined to comment. Officials with Eastdil and calls to McDonald himself were not returned as of press time. 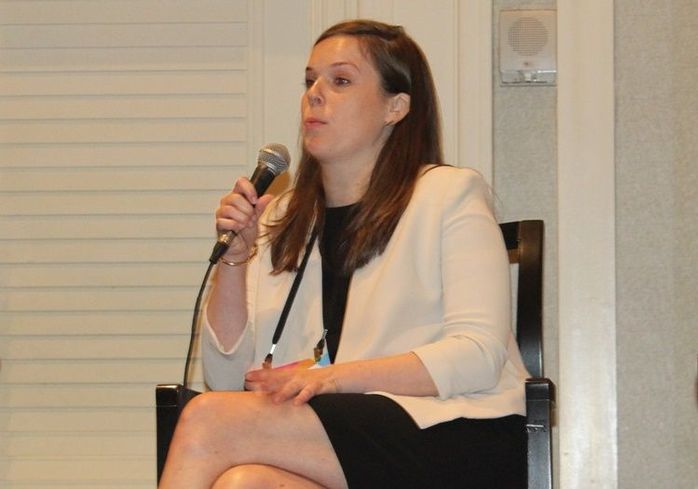 Bisnow
Former Eastdil Secured Managing Director Kennedy Hicks, shown at a 2016 Bisnow event, will be heading over to Cousins Properties

McDonald is not the only executive from the Atlanta Eastdil office to be leaving. Eastdil Managing Director Kennedy Hicks confirmed to Bisnow she was leaving to join Cousins Properties, where she will become senior vice president of investments. Hicks said she will report directly to Colin Connolly once he becomes CEO at the start of the new year. Current CEO Larry Gellerstedt, who has led the organization since 2009, will become Cousins' executive chairman.

Kennedy declined to elaborate further on the reasons for her transition.

But it is a big step up for Hicks, who has spent nearly nine years rising through the ranks at Eastdil.

The hire of McDonald comes just two months after Cushman & Wakefield, the nation's third-largest brokerage firm, went public in an attempt to raise in excess of $750M.

These are not the first high-profile Eastdil brokers to leave the firm this year, either. In May, Newmark Knight Frank lured Eastdil's hotel sales group in New York City. That team — Adam Entra, Mark Schoenholtz, Lawrence Wolfe and Miles Spencer — most notably brokered the 2015 Waldorf Astoria purchase by Anbang Insurance Group for nearly $2B, the most expensive single-asset hotel sale in U.S. history.

CORRECTION, Oct. 3, 11:15 A.M. ET:  A previous version of the story incorrectly described Kennedy Hicks' role at Cousins Properties. The story has been updated.