Three DC Lawyers Honored For Contributions To Access To Justice 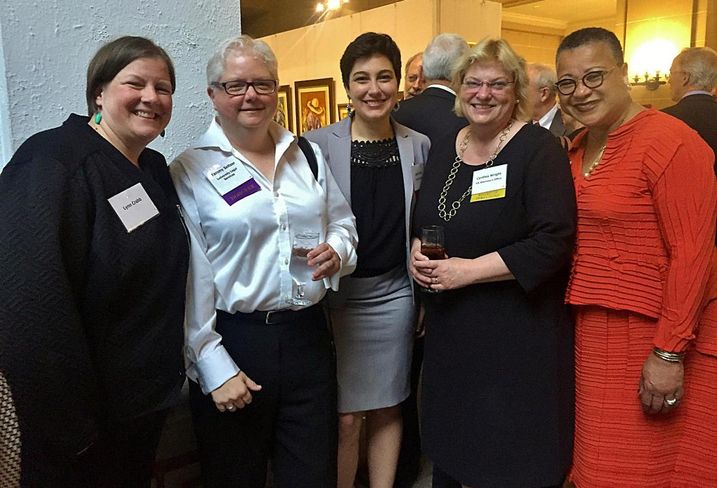 "To have a future in our community, our clients must have a chance to start over," she says. Tammy started out in the disability rights field, inspired by an older sister born with spina bifida who passed away at only 8 years old; with a lack of accessible transportation, for most of her life she was only able to go out of the house when a local ambulance was available. 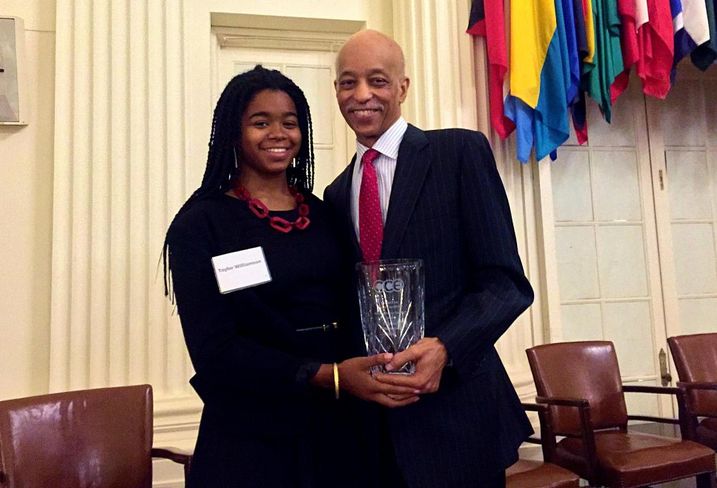 Honoree Tom Williamson (above) smiles alongside his daughter, Taylor, a USC student interning in DC for the summer. Tom's been committed to pro bono and public service throughout his career, which has included more than 40 years as a Covington lawyer, and serving as DC bar president and Solicitor of the Labor Department. He also recently received Legal Aid's Servant of Justice Award.

Helped along by lawyers like those honored by CCE each year, DC ranks highest in the country (along with MA) for access to justice, according to the National Center for Access to Justice’s Justice Index. 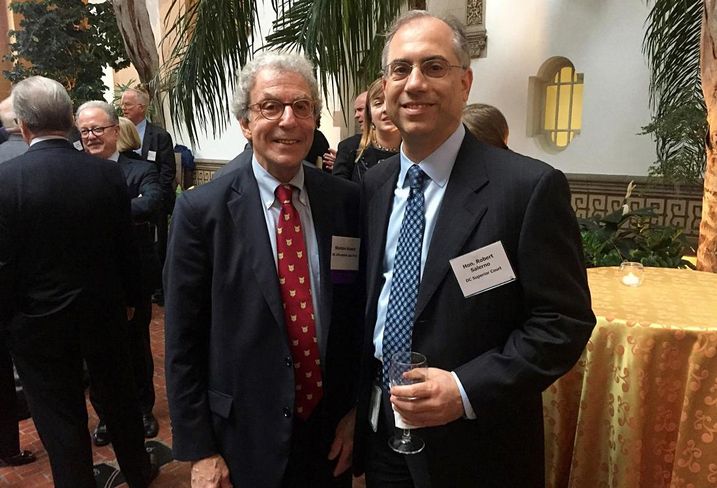 Honoree Sheldon Krantz, executive director of the nonprofit "low bono" DC Affordable Law Firm, with Hon. Robert Salerno of the DC Superior Court. Sheldon says DCALF's mission is serving modest income DC residents who don't qualify for free legal aid, and providing Georgetown Law grads with the opportunity to do public interest work. Along the way, they want to prove that a public interest law firm can be sustainable, and hope that DCALF will serve as a national model.

Sheldon's deeply concerned that millions in the US confront the complex legal system without a lawyer. He says that a majority of those facing consumer debt judgments, and those in danger of being convicted, losing their house or losing custody of their child, represent themselves. 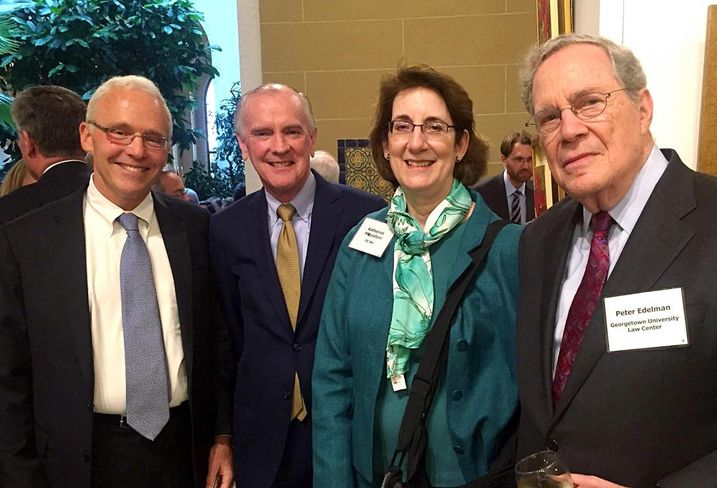 "Peter Edelman long fought for the notion of a firm like this one," said Sheldon Krantz when accepting his award. "It's a privilege for me to work with him." Peter (right), a Georgetown Law professor, and Arent Fox chairman emeritus Marc Fleischaker (left, who introduced Sheldon and presented him with the award), both helped lead the development of DCALF. They're here with Legal Services Corp executive director Jim Sandman, and the DC Bar's Katherine Mazzaferri. Peter, Jim and Marc are all past Justice Potter Stewart honorees.

Georgetown Law, Arent Fox and DLA Piper teamed up to create DCALF in 2015. Georgetown supplies the students, Arent Fox provides the office space, and the DLA Piper Foundation donated an initial grant. Lawyers from both firms give training and mentoring. All of the DCALF lawyers came to the awards dinner, both those currently working there and the class that starts in the fall.

A retired DLA Piper partner, Sheldon founded and was the first director of DLA Piper's global pro bono arm, New Perimeter. He also co-directs Georgetown Law's Justice Lab, and is an adjunct professor at the school. 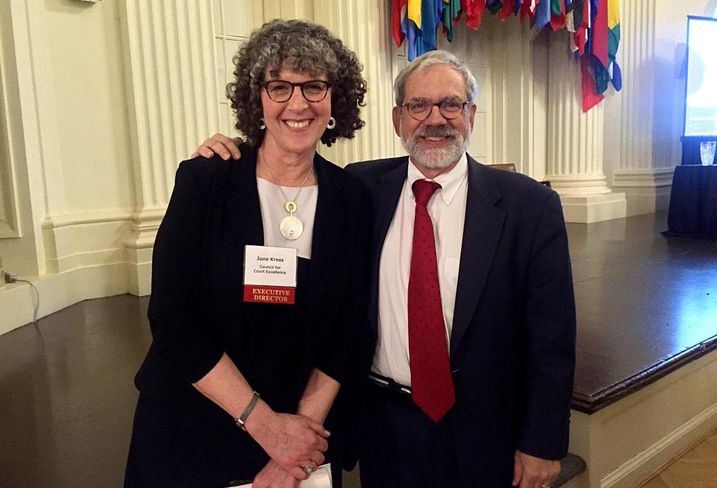 The Justice Potter Stewart Award, named for the late Associate Justice of the Supreme Court, honors those who've made a significant contribution on behalf of the administration of justice. 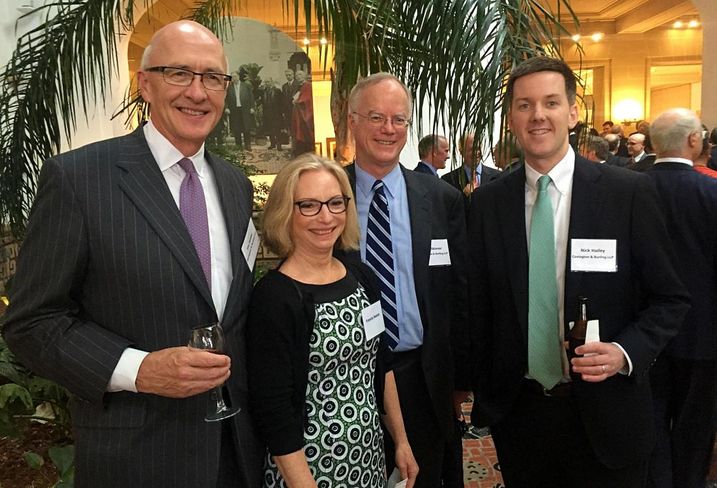 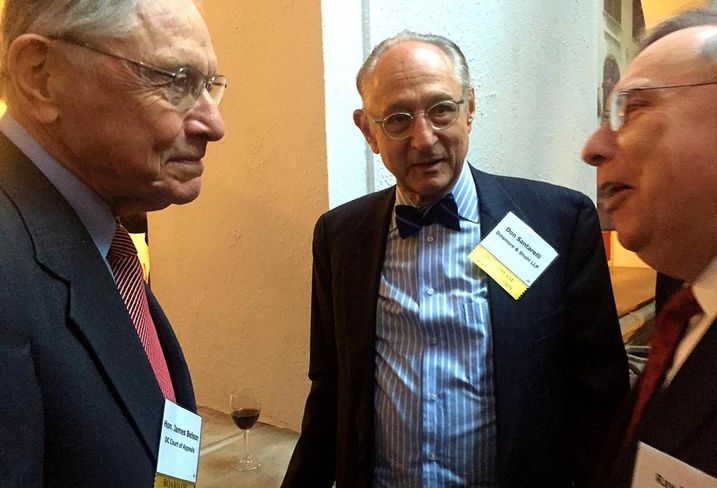 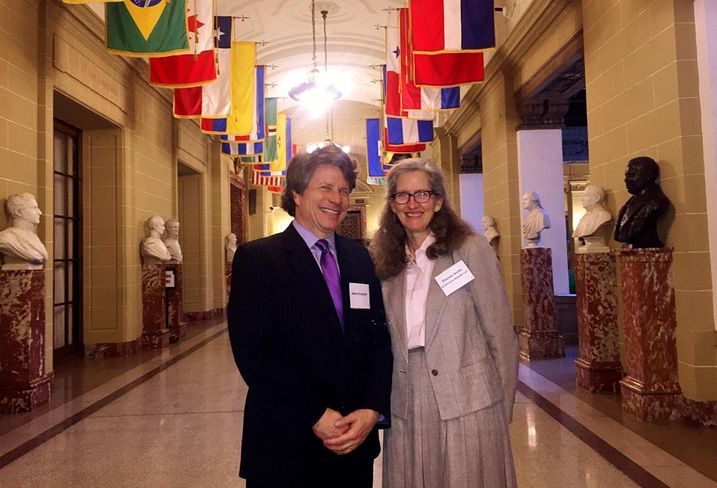 Before we headed into the Hall of the Americas for dinner, we snapped Beveridge & Diamond principal James Slaughter and Zuckerman Spaeder partner Eleanor Smith in the Hall of Heroes. 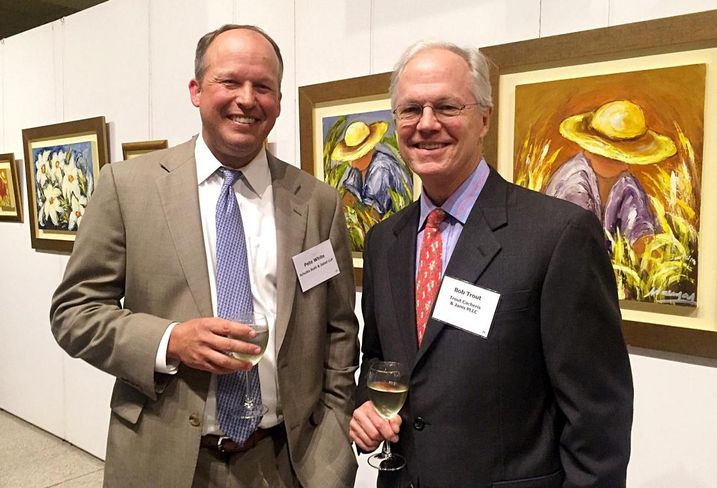