David Rubenstein of The Carlyle Group, as well as several DC real estate titans, painted a picture of the current economy in the late stages of a slow recovery, with some room left to grow, at Bisnow's DC State of the Market event yesterday. 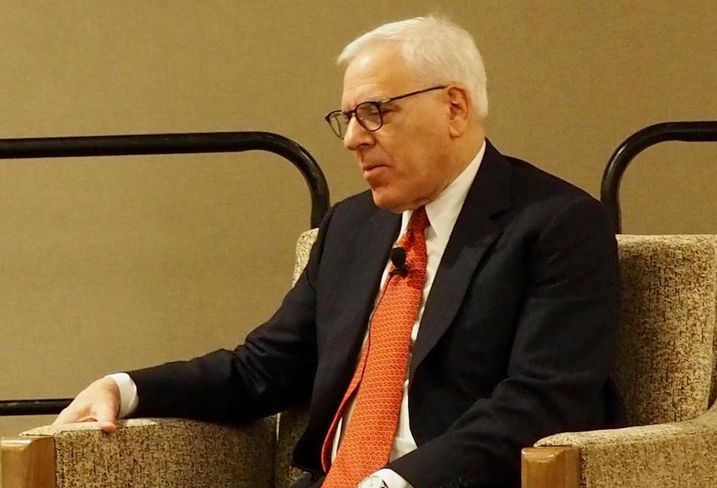 Offering his thoughts on the DC economy, David called the DC area one of the country’s three big power centers, alongside New York and Silicon Valley.

“Increasingly, Washington is going to expand,” David said. “Government is probably going to grow inexorably and the city will probably grow around it.” He cited DC’s high per-capita net income and low unemployment as reasons to be optimistic. 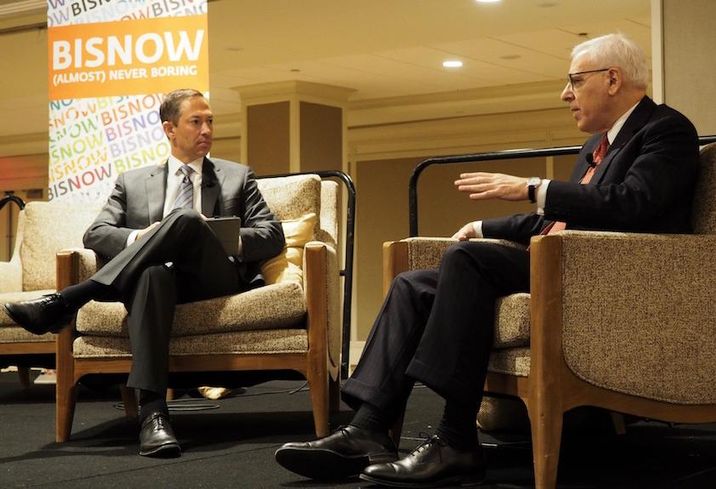 Weighing in on the hot topic of interest rate hikes from the Federal Reserve, David said he doesn’t see one coming this month, but he envisions two increases before the year ends, which he predicted wouldn’t have much of an effect on the economy.

Interviewed by Glassman Wealth Services founder Barry Glassman, David said he wants to see the government invest more in infrastructure, which he said would help the economy grow at a faster rate. It should be possible to follow a recession with 3% to 5% growth, but David lamented the 2% growth since 2009 when the recession "officially ended," and it would be even slower without the consistent near-zero interest rates. 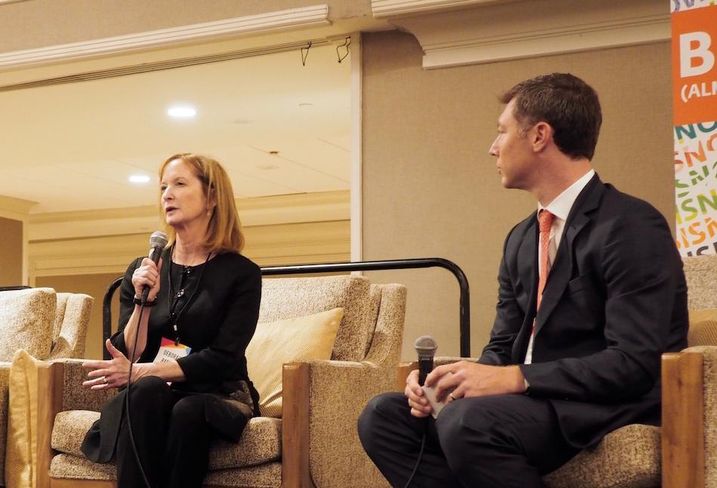 Forest City Washington president Deborah Ratner Salzberg said those she trusts on the economy predict another three to five years of growth, but she did express some skepticism, leading to a revealing exchange between her and Chip Akridge.

“In my experience, it’s time to exit when JBG monetizes, so I am a little nervous,” Deborah, shown here with moderator Chris Luckett of Stewart Title, said. 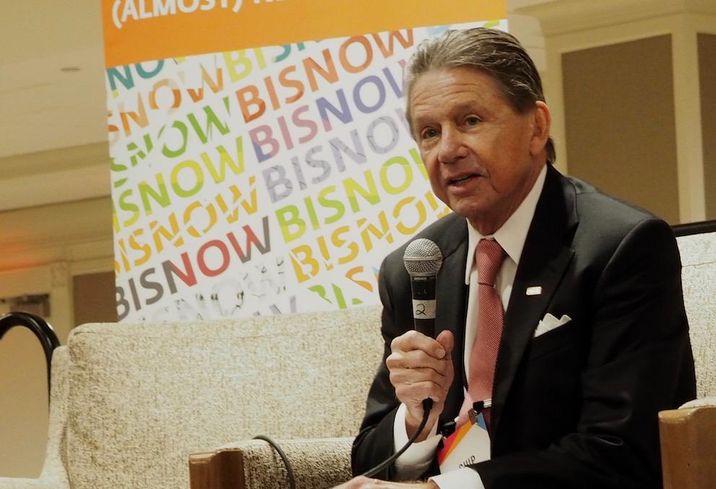 “We’re selling some things, too,” Chip chimed in. Akridge is currently looking to deal a development site in the Capitol Riverfront—not far from Forest City's signature DC project, The Yards—and has already sold a piece of a big Loudoun County site.

“The only people who get paid to be right less than economists are weather forecasters,” Chip continued. “While this has been a long recovery, it’s been a very slow recovery. This economy is very fragile, and any number of things can happen that could derail the whole thing." 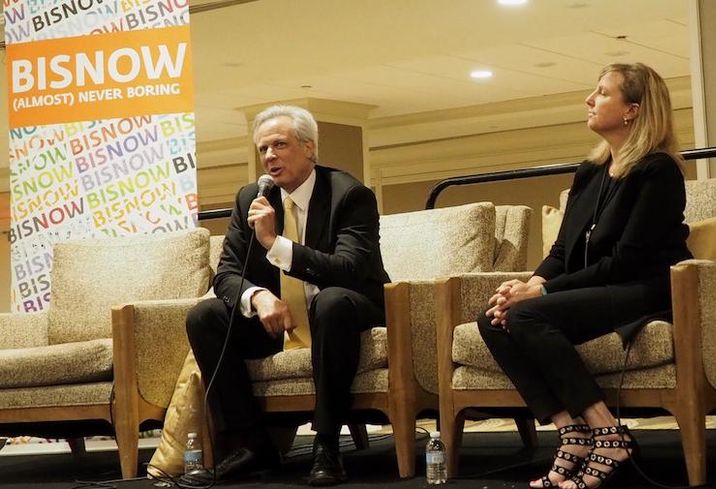 Gary talked about Skyland Town Center, his $256M JV with WC Smith located in Ward 7. Although anchor Walmart backed out in January, Gary expressed confidence that the development would be completed.

“When I look back at my career, I think the project is going to be the most satisfying, the one I’m going to look back and say I did something special, is Skyland Town Center,” Gary said.

Jodie, talking about Edens' Union Market project, stressed the importance of focusing on community building. She also discussed some of the changes happening in the retail market.

“The retail that’s there is going to have a lot of thought about the sharing economy. It’s a totally new disruption for retail,” Jodie said. 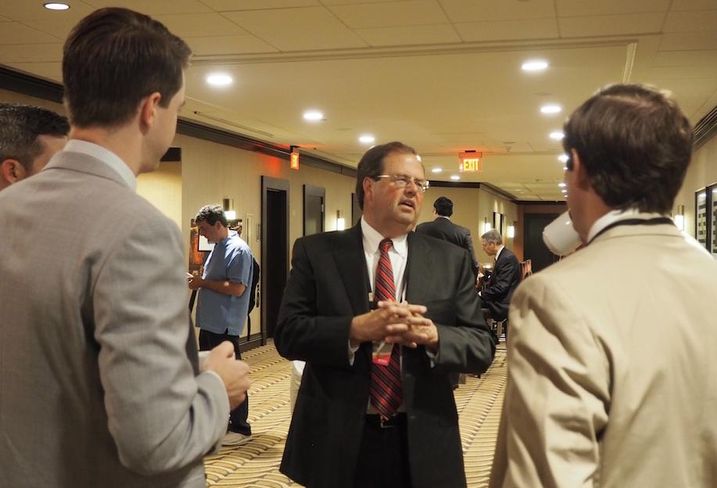 Chris, snapped networking before the event, talked about WC Smith’s recently delivered 336-unit Sheridan Station as well as the 426-unit Park Chelsea. Sheridan Station—a finalist for the Urban Land Institute's Global Excellence Award—has 80 for-sale units and 253 rental units. Before the project even opened, 95% of the apartments were pre-leased, Chris said.

“The affordable market has never been stronger on demand,” he added. 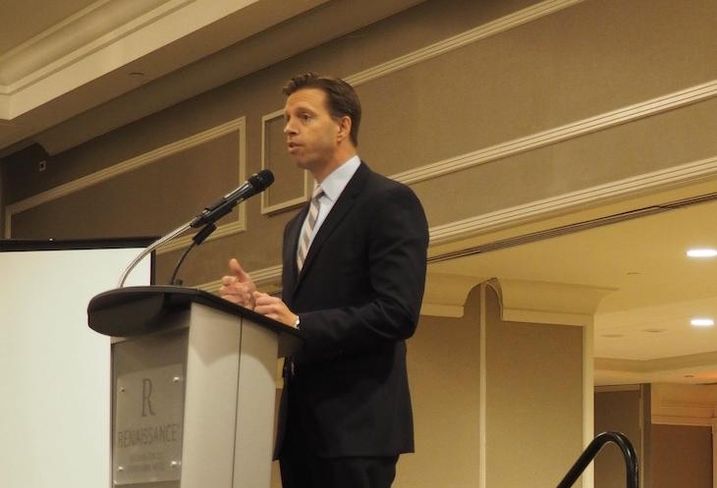 Also weighing in on emerging trends in the market during his podium remarks was Baker Tilly managing partner Todd Stokes.

“Our clients are experiencing an increased demand for short-term space," Todd said. "WeWork and their competitors could be leasing large blocks of space, so subleasing could be a huge part of the market.” 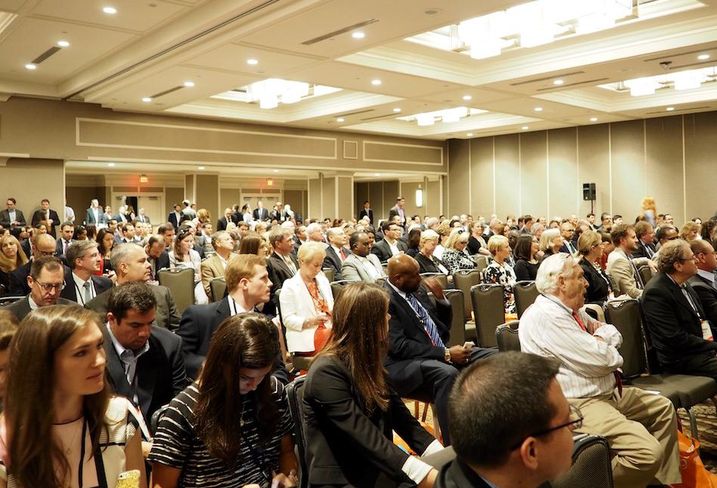 More than 600 industry professionals attended the event to hear from these influential real estate leaders.

The event was the first installment in the two-part State of the Market series. Part 2 on June 29 will feature two national titans of the industry on stage together for the first time: Cushman & Wakefield chief executive of the Americas Joe Stettinius and JLL Americas CEO Greg O'Brien.