Local officials and developers seek to encourage bicycle use in D.C. with new bike lanes and larger storage facilities, but many retail bike shops have been forced to shut their doors as the market becomes more challenging for independent businesses. 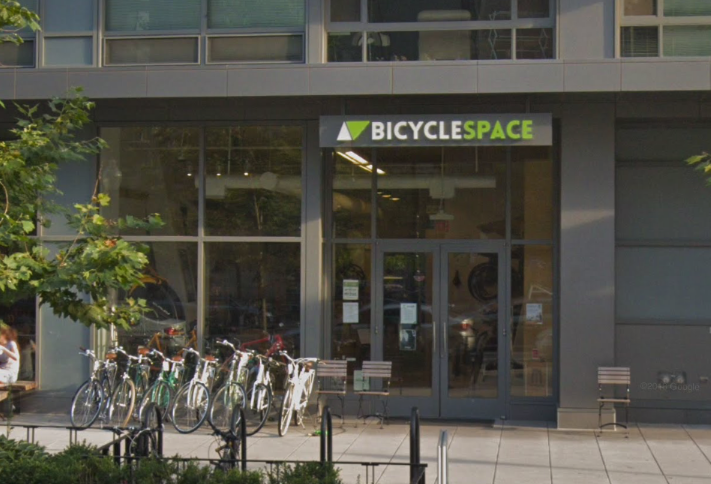 Google Maps
The BicycleSpace location at 440 K St. NW, which announced its closing this week

BicycleSpace this week announced it is closing its Mount Vernon Triangle store at 440 K St. NW, less than a year after it closed its Adams Morgan location, leaving just its Ivy City shop remaining open.

"Many accommodations were made to help ensure their success and longevity there," said Wilkes Co. President Berkeley Shervin, the owner of BicycleSpace's 440 K building. "It's really disheartening they weren't able to make a go for it. We're sad about that, but we also know sometimes in the retail business that market forces, not unlike hurricanes, can be so strong that they can't be overcome by anyone's efforts."

The K Street store shutting down is the latest in a series of bike shop closures across the D.C. region. The Bike Rack shuttered its Brookland store this summer, consolidating its operations into its Logan Circle store.

Freshbikes closed its Ballston and Bethesda stores last year. In February, Performance Bikes' parent company announced it was closing all of the store's locations, including five in the D.C. area.

"It's a very difficult and changed market for bike shops right now," The Bike Rack owner Chuck Harney tells Bisnow. "People aren't buying as many bikes as they used to, and if they are, they're buying them online. The days of an urban shop with a large floor and a lot of inventory are gone. That's done."

Harney opened The Bike Rack's second location at Brookland's Monroe Street Market development in 2015. Within one year, he had already begun receiving rent abatements from the landlord because the shop was not meeting sales targets, a problem he partially attributed to underwhelming foot traffic due to the lack of an anchor grocery store at the development.

His business is still working to pay back the debt it took on to open the Brookland location, he said, and he does not plan to expand beyond the store's remaining location in Northwest at 14th and Q streets. He said the industry is facing a series of headwinds that make it hard to operate a local, independent bike shop.

The overall market of people buying bikes has shrunk, Harney said. New transportation options such as bike-share, e-scooters and ride-hailing services have made people less likely to buy bikes, he said.

"There has been an increase in younger people who don't really want to buy their own things," Harney said. "They're using bike-share, scooters and Uber. You just don't see people coming in to buy bikes in the numbers they used to. It's just not there."

"The abundance of ride-sharing and alternative modes of transportation have given an outlet to consumers to use other means of transportation than bikes, and I'm sure that's putting pressure on independent bike stores," Dochter said.

"When we opened on Q Street in 2007, there was the same number if not more bike shops than there are now, and we were doing a whole lot better because bikes were flying out of the store on a daily basis," Harney said. "The way people buy bikes is a big change." 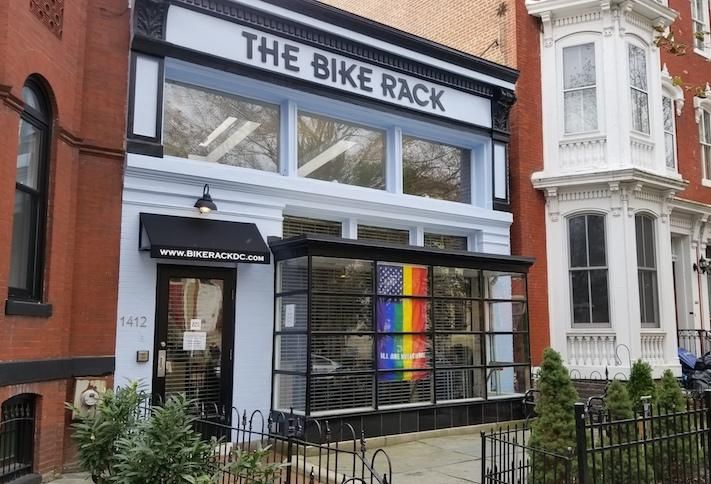 Courtesy of The Bike Rack
The Bike Rack at 1412 Q St. NW, its only location after the recent closing of its Brookland store.

To adapt to this new reality, Harney said bike shops need to operate with smaller footprints, carry less inventory in store and focus more on bike repair services. He said he recently remodeled The Bike Rack's Q Street location, doubling the service area and reducing the amount of floor space for inventory.

"We did that largely because this is the way the market is going for urban bike shops," Harney said. "Rent is getting increasingly expensive and this is a challenge any retail, not just bike shops, face in the District. Rents are skyrocketing."

The challenges for bike shops come despite a push from the city and advocacy groups like the Washington Area Bicyclist Association to encourage more cycling. D.C. in October said it plans to double the number of protected bike lanes — those that offer barriers between bikes and cars — from 10 miles to 20 miles by 2024, though WABA said that doesn't go far enough.

WABA Communications Director Colin Browne said he was disappointed to see the recent closings because it could make it harder for some residents to access bike shops. He thinks the issue is more attributable to retail rents in D.C. and doesn't see an overall decrease in bike ownership.

"My sense is that the problem, at its core, is a real estate problem," Browne said. "Bike shops are a hard small business to run, and real estate in the region is just getting more and more expensive. People like the idea of having a bike shop in the neighborhood, but the reality of how much it costs to maintain a space and a staff is a lot."

Developers in D.C. are building several new projects along bike trails and have increasingly prioritized bike storage facilities in their buildings. Harney said he has launched a new business line of consulting with developers to design bike rooms to help supplement the income from his store.

Additionally, developers looking to lease up new retail space in a project see bike shops as an attractive tenant to bring into a building. Despite the challenges facing their business model, bike shops help developers diversify the type of retail in a building and offer residents a new transportation option.

The Wharf brought in District Hardware and Bike when it opened in 2017, The Daily Rider opened at The Apollo on H Street in 2017 and Conte's Bike Shop opened at The Yards in 2016.

"It's an alternative to food and beverage that allows for an amenity in a neighborhood that's an [attraction]," Dochter said. "You can't have all food and beverage, and if you look at the options of other tenancies, especially in neighborhoods, then a bike shop is an attractive use category."

Despite BicycleSpace closing in his building, Shervin said he still sees bike shops as an attractive retail tenant to bring into new projects.

"There is no question we see [bike shops] as an appealing amenity in the neighborhood for retail," Shervin said. "Locally owned and operated businesses help stitch the fabric of the community together and help create a neighborhood."