One of the largest property owners in Mount Vernon Triangle, Wilkes Co. has developed several office and apartment buildings and brought in top retailers to the neighborhood. Bisnow caught up with Wilkes Co. President Berkeley Shervin to talk about how much the neighborhood has changed, and what is still to come. 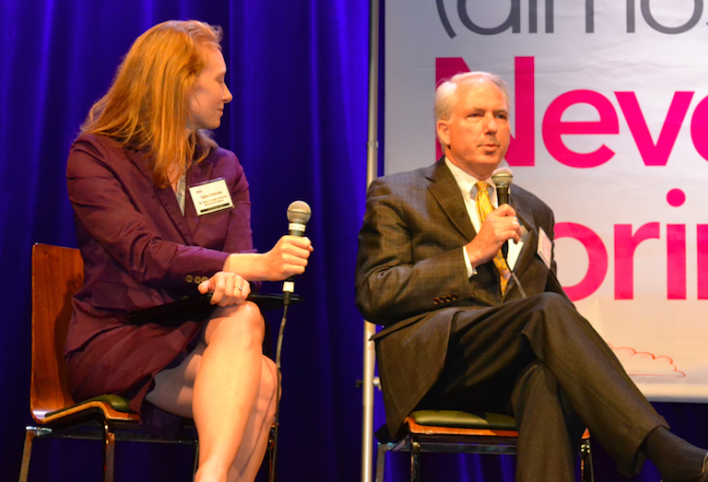 Bisnow: Wilkes has been one of the most active developers in Mount Vernon Triangle. When did you first get involved in the neighborhood, what did it look like at the time and what drew you to it?

Shervin: We’ve been active in the neighborhood for a long time. We started assembling properties in the early '80s. We always felt that the area had great promise, primarily due to its location. When you’ve got a distinct area of the city proximate to the U.S. Capitol, Union Station, the National Mall, the CBD, just north of Mass Ave., that’s got the kind of characteristics that give you a nice opportunity to create a special place.

We got started very early, and at the time there was the government office building on I Street and Mount Vernon Plaza and Museum Square were there, and the churches, Mount Carmel and First Baptist. Aside from those uses the area was largely surface parking lots that were utilized primarily by federal government workers who were working in spaces to the south. And there were vacant buildings and some other paint stores and pawn shops and things like that. The key attribute of the neighborhood was its location.

Bisnow: How did the development begin to take shape that turned it from what you described to what it is today?

Shervin: Around the mid-'90s, we and a handful of stakeholders got together and began thinking about how we might improve that neighborhood there, and we entered into discussion with Mayor Anthony Williams and Andy Altman, the planning director at the time. We began to put together a master plan for the entire neighborhood. A small area plan initiative was undertaken and that ultimately resulted in a master plan for the entire Mount Vernon Triangle neighborhood that required that in order to develop in the neighborhood, you had to build residential, and in order to be entitled to build office you had to have ground-floor retail. The purpose of all of that was to get people living and working downtown. In those days, Washington largely went dark at 5 or 6 as people went home to the suburbs. People were not living and working downtown. The primary objective of the master plan was to get people living downtown, working downtown and activate the streets with the retail. So that was the purpose and thinking behind the retail overlay to activate the sidewalks and create a lively sidewalk scene.

Bisnow: Was there a turning point in this neighborhood's development that helped accelerate its growth?

Shervin: The Busboys and Poets site was a District-owned parcel. The development of that corner, now known as City Vista, which includes the Safeway grocery store, that was the catalyst for the remainder of the development you see there today. That project, along with the important investment in streetscape by D.C., with new curbs, gutters, tree boxes and wide sidewalks, those two components together really helped launch the development activity in the neighborhood.

Bisnow: Mount Vernon Triangle has attracted a good retail mix with a variety of full-service and fast-casual restaurants and other retail options. How did you bring in all of these retailers and sell them on this neighborhood?

Shervin: Interestingly, it was not a hard sell. The location is just the predominant attribute of the neighborhood that is so compelling, whether you’re a prospective resident, an office worker or a retailer. When you see just how easy it is to get anywhere else in the city from that location, it’s a very compelling characteristic of the neighborhood. We didn’t have to do a lot of selling. We had to bring retailers to the neighborhood and help them understand what we intended to do in terms of the overall master plan, and then once they saw that, and saw the pace at which we hoped to achieve it, they were eager to take space. 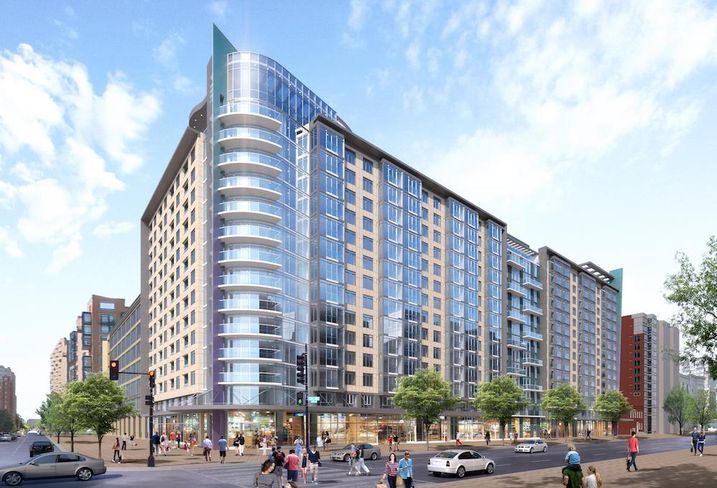 Courtesy: Streetsense
A rendering of the Lydian

Bisnow: Right now you are building The Lydian. What is the timeline for that project and where are you with prospective retail tenants?

Shervin: We expect to deliver the first units in March 2018. We have about 13K SF of ground-floor retail and we are big fans of locally owned and operated businesses. We think they bring real depth and character and soul to the neighborhood. We always work hard to try to identify locally owned and operated retailers. We have a handful we’re working with at the moment. We are not in a position to announce anything, but I can tell you we feel confident we’ll have all the space taken. It will be a nice mix.

Bisnow: How far along are you in your overall pipeline for the neighborhood, and what are your next steps?

Shervin: With our partners at Quadrangle, we have our own master plan within the larger Mount Vernon Triangle master plan. Our master plan calls for the development of nine to 10 buildings. So far we have built the Sonata, Madrigal Lofts, the AIPAC HQ, 440 K, the DC Bar HQ and Lydian at 400 K. We've built six buildings and have an additional three to four additional sites for office or residential.

Bisnow: I saw you have a multifamily building planned at 801 Third St. NW, what is the plan and timeline for that project?

Shervin: That at the moment is planned for a rental apartment project. I don’t have a specific timeline for that yet. We're working on trying to get our plans finalized, but it will be after Lydian.

Bisnow: It also looks like you have two office buildings planned at 300 K St. NW and 950 Third St. NW. Would you consider starting either one on spec or are you looking for an anchor tenant?

Shervin: We’re not speculative builders. We tend to want to identify a tenant and then build for that tenant. So these sites could be great for an association HQ building or some other similar office use. A smaller law firm would be ideal. We’re not in a hurry. We're looking for a good fit and we’ll build when we have a tenant. Our broker is Meany & Oliver.

Bisnow: With the projects under construction now and in the pipeline, how do you envision this neighborhood will change in the future?

Shervin: Our vision from day one has been that it be a very welcoming neighborhood that has got an international feel to it. So that when you visit you feel comfortable, you feel welcome. If you are interested in Italian food, Korean food, Turkish food or any other culture that option is availale for you. That’s really part of the vision for the neighborhood. We hope that we’ll be able to achieve that feel when we’re all finished. We’ve got a lot of work to do, a lot of additional sites. Boston Properties and Steuart have a site on Fifth that hopefully will be a nice opportunity. There’s a lot more work to be done in the neighborhood there and it is going to take a number of additional years.

Bisnow: One of the biggest developments in the nearby area is Capitol Crossing. Do you think this project being built over the highway will improve connection and access into Mount Vernon Triangle and benefit your properties?