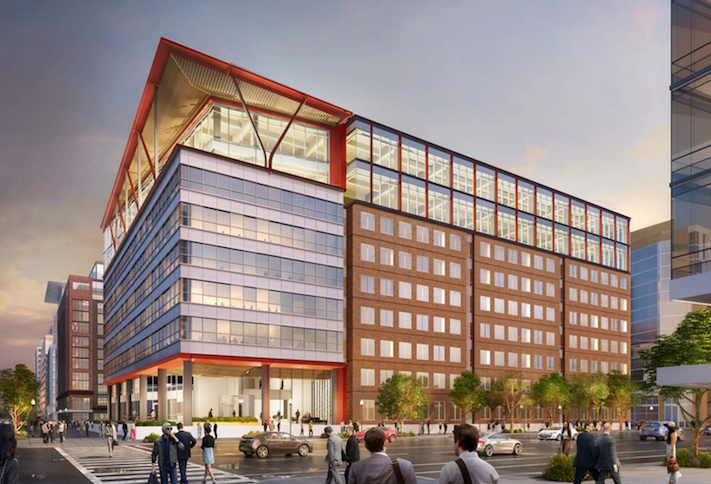 An office building that thousands of baseball fans will walk past Friday night on their way to see D.C.'s first World Series game since 1933 could soon get a major upgrade.

The building, constructed in the early 2000s, was one of the first modern office projects completed in the now-booming Capitol Riverfront neighborhood. The building's tenants include WeWork, BAE Systems and Gryphon Technologies. Columbia Property Trust also plans to renovate the lobby and expand the building's fitness center.

"As long-term investors, we believe the evolution of the Ballpark District into a true mixed-use, seven-days-a-week destination will continue to create incremental demand from office occupiers," Columbia Property Trust Senior Vice President David Cheikin said in a statement emailed to Bisnow. "We believe 80 M Street offers this type of opportunity and are exploring what the potential impacts would be to our tenants, the building and the community." 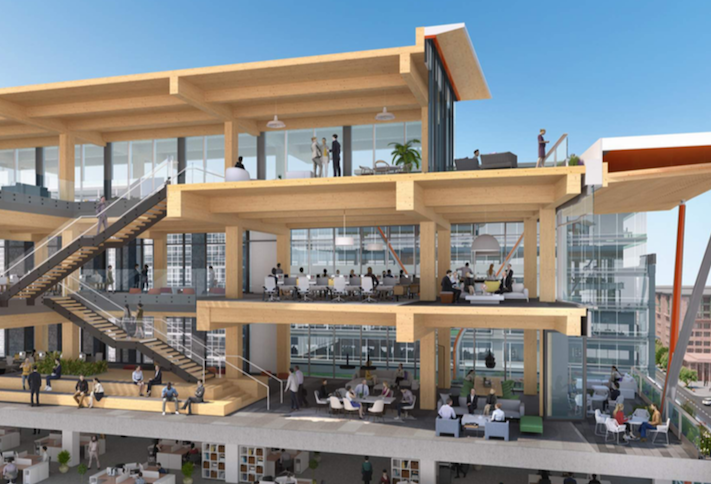 Columbia intends to add two floors totaling about 88K SF to the existing seven-story building, bringing it to about 378K SF. It plans to build the addition using mass timber, a growing trend in construction. The owner is working with Hickok Cole on the project.

"In addition to the environmental benefits associated with mass timber construction, which is capable of achieving a total carbon footprint equal to only one-third of similarly sized steel and concrete buildings, the integration of timber for structural and design components of the project will deliver a new level of definition to the development and to the surrounding area," said the Zoning Commission application, signed by Goulston & Storrs attorneys Allison Prince, Christine Roddy and Lawrence Ferris.