The Lower-Floor Conundrum: D.C. Landlords' Attempts To Fill The Other Half Of Their Buildings

A series of new office buildings across D.C. have signed anchor tenants to fill their highest floors, but have struggled to lease those closer to the ground, further increasing the city's already-high vacancy rate. 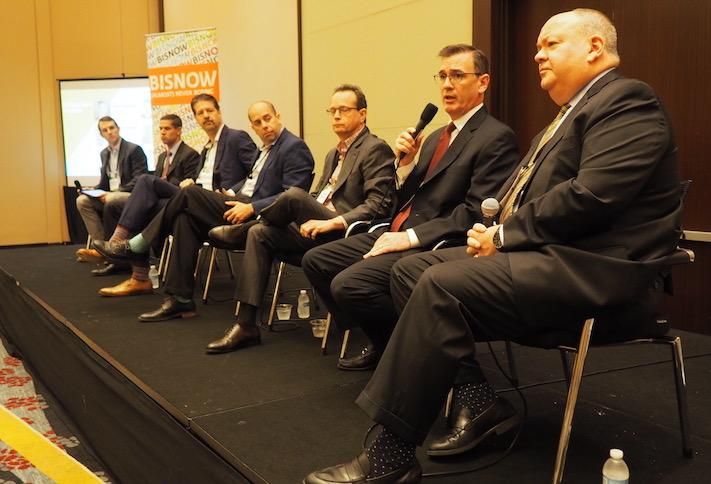 Several top developers, architects and financiers at Bisnow's Greater D.C. State of Office Summit Tuesday highlighted this trend as a key challenge in the District's office market and shared strategies for how to fill the bottom floors of a building.

"Certainly there has been a lot of supply with the upper floors currently leased, so I think that has made people cautious," about breaking ground on new projects, Skanska Executive Vice President Mark Carroll said.

Carroll said he was able to overcome this challenge at 99 M, the developer's spec office project that he said leased from the bottom up. The ground-level retail amenities in the surrounding Capitol Riverfront neighborhood helped draw those tenants, he said. He is also pursuing strategies at the planned 1700 M St. NW office building that will make the lower floors attractive, such as higher ceilings or landscaped courtyards. 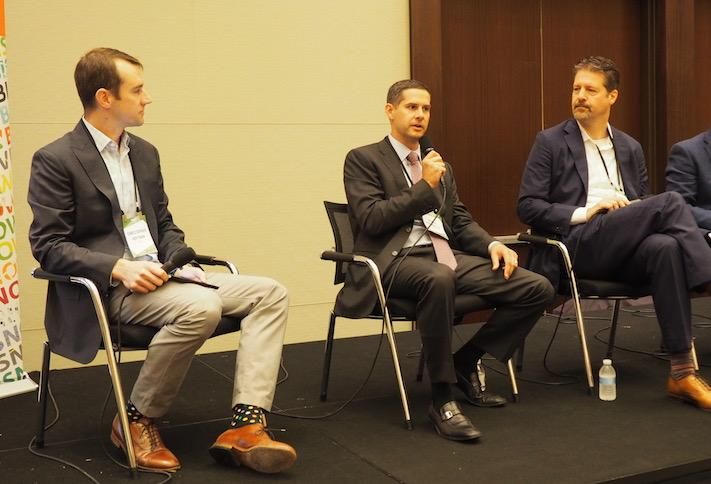 JBG Smith Senior Vice President Scott Franklin, whose firm had previously been planning the 1700 M project before ground-leasing it to Skanska, said one potential design had included an outdoor terrace on the fourth floor that would be private to a lower-level tenant. Franklin said he also faced this challenge at the firm's 1900 N St. NW project in Dupont Circle, where it broke ground in 2017 after landing Goodwin Procter as the first tenant.

"You have to think differently about the design of the ground floor versus what you did 10 years ago," Franklin said. "At 1900 N we started the building once we got a pre-lease for the top three floors and when we were talking about going forward, the question was, 'Can you get the lower floors leased?'"

The developer last year signed additional leases at 1900 N with CBRE and Beveridge & Diamond, which is taking the second and third floors, plus a portion of the ground floor.

"We held off on retail leasing because we felt like that could be an opportunity for someone to have a ground-floor presence, take floors two and three and have an identity on the ground floor," Franklin said. "That was one of the big reasons we were able to get the bottom floors pre-leased at 1900 N."

Tenable signed on for the top half of The Howard Hughes Corp.'s new 6100 Merriweather office building at its Downtown Columbia development, and the developer is currently working to lease the lower floors. It also yesterday announced it signed Busboys and Poets to open in a stand-alone two-story building at the development.

Howard Hughes Regional President Greg Fitchitt said the office building has received strong interest on the second floor, in part because it looks out at a new 35-foot-tall kinetic art sculpture, and partly because tenants don't always want to take the elevator.

"People are interested in people [being] able to walk up," Fitchitt said. "A couple of tenants we've talked to want their employees to be able to take stairs from the street level into their space." 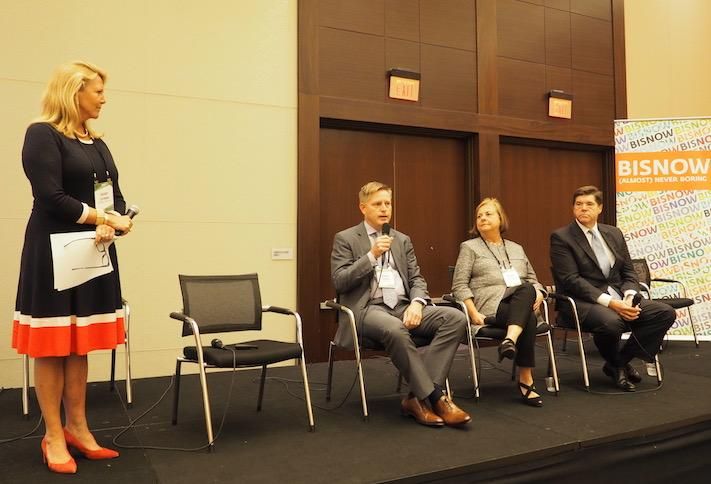 The Wharf offers views of the water that can make its top floors even more attractive, but Hoffman & Associates and Madison Marquette have also brought tenants into the lower floors of the two office buildings in the project's first phase. Hoffman & Associates principal Shawn Seaman said the development's public spaces, hotels and retail amenities have been critical in courting tenants to all floors of The Wharf's office buildings.

"If you're trying to attract talent, what better way than not just having lunchtime options, but having options that extend the day to 18 hours," Seaman said. "Providing a cool environment where the employee wants to come to work and also wants to stay after work has been huge."

Michael Graves principal Matt Ligas, whose firm worked on the design of the Midtown Center office project, said attractive, outdoor green spaces are a critical component of leasing the bottom portions of buildings. 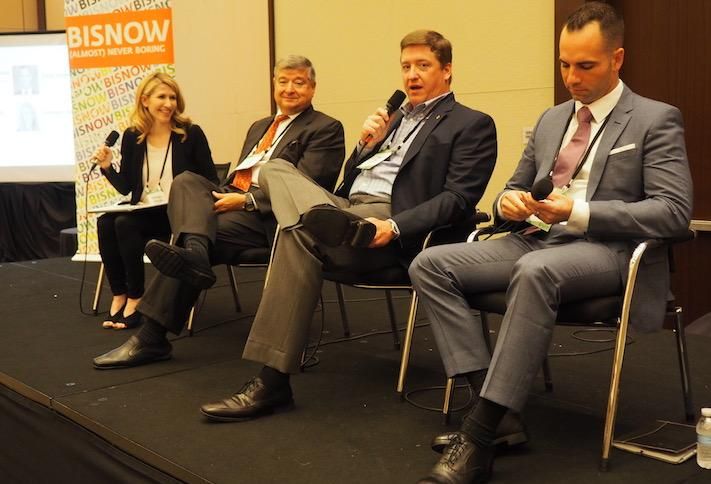 If all else fails, developers looking to lease the bottom floors of new projects can offer generous concessions to tenants to get them to leave older buildings. EagleBank Executive Vice President Ryan Riel said much of D.C.'s recent leasing activity has come from relocations rather than net new absorption, and many of these deals have involved large concession packages.

"We're seeing landlords have to give away the farm to get those tenants in there," Riel said. "On the trophy side, it's very hard to get new tenants in, and you're really buying those tenants."