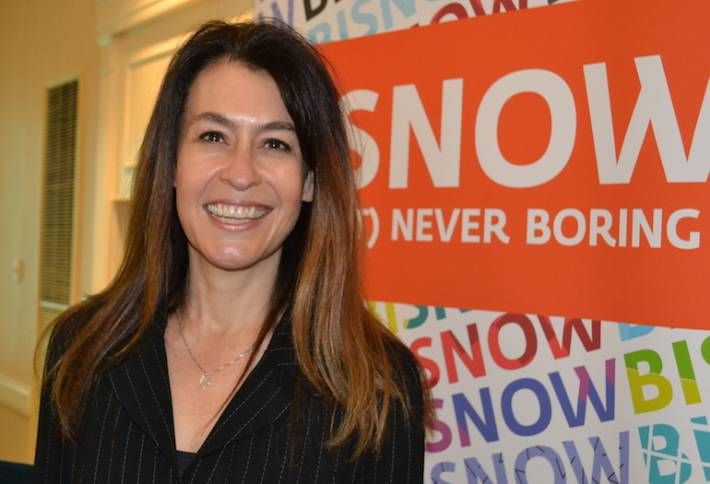 After more than a decade running the Crystal City Business Improvement District, Angela Fox is stepping down.

The BID's board of directors announced Fox's departure Thursday, but has not named a permanent replacement. Urban Partnership principal Rich Bradley, the former head of the Downtown D.C. BID, will serve as interim president.

"Angie has been a transformative figure for Crystal City and her efforts have created real value," Dweck-McMullen said in a release "Her creativity and energy will be missed."

The announcement did not include a statement from Fox. Bisnow has reached out for comment and will update the story if she responds.

The leadership shake-up follows a major shift in the Crystal City development landscape. The previous dominant landlord in the neighborhood, Vornado/Charles E. Smith, merged its portfolio with The JBG Cos. this summer to form a public REIT, JBG Smith. The developer has set its sights on Crystal City as a top priority.

It has recently filed applications for a major retail redevelopment anchored by Alamo Drafthouse and an office-to-residential conversion project. The developer worked with the county to propose Crystal City as a contender for Amazon HQ2.

As the leader of the BID since 2006, Fox helped navigate Crystal City through a difficult period. Its office market faced severe challenges following the Base Realignment and Closures Act, with federal government and defense contractor occupancy dropping sharply.

Crystal City has begun to emerge recently as a hub for startup companies. WeWork planted its flag in the neighborhood in 2016 with a co-working space and one of the first two locations of its WeLive co-living space, where Fox resides. Defense-focused incubator Eastern Foundry launched in Crystal City, and tech incubator 1776 opened a Crystal City location in 2015, absorbing Disruption Corp., which had been hemorrhaging money.

The neighborhood got a big win last month in the nonprofit sector when American Institutes for Research decided to move 90K SF of its office footprint from Georgetown to Crystal City.