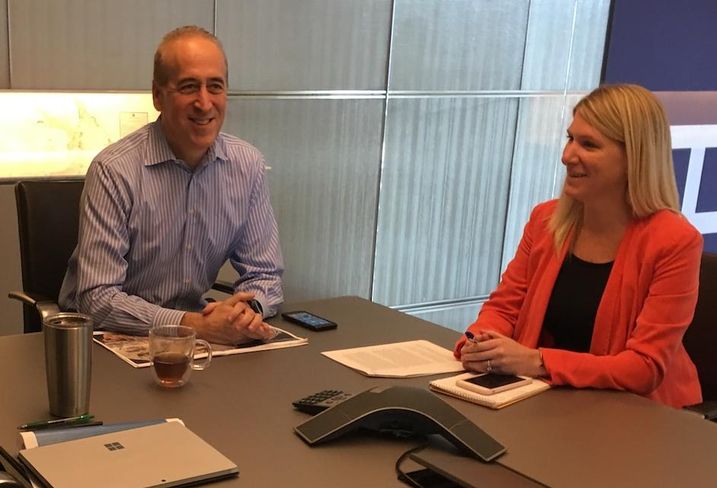 When the merger between The JBG Cos. and Vornado's D.C. arm was finalized this summer, JBG Smith became the dominant landlord in Crystal City. The region's largest developer with a knack for placemaking, JBG Smith has signaled that revitalizing the Arlington neighborhood is among its top priorities. Bisnow caught up with JBG Smith co-Chief Development Officer Brian Coulter to get the latest on where those plans stand.

Bisnow: JBG Smith filed the site plan application in early September for a 120K SF retail redevelopment along what you're calling Crystal City's North District. What has happened since then, and how soon do you hope to have county approval and get to work?

Coulter: That site plan was officially accepted by the county, so now the community process begins. Our hope is that we will go through the regular county process. It will probably be some time in the middle of next year in terms of getting all the approvals we need for the initial project in Crystal City.

Bisnow: This summer, you signed Alamo Drafthouse to anchor this retail corridor. You have said you want a specialty grocer on the corner for 18K SF of Crystal and 15th street and additional shops and restaurants. Have you made any progress on that leasing?

Coulter: We are in talks with some tenants. It is still pretty early in our process. The Drafthouse lease is signed so that’s a firm commitment. We are, in many respects, trying to nail down our anchors and then talk about other spaces. We're just beginning to talk to some other retailers. It's not approved yet so you want to tread lightly.

Bisnow: How will Alamo Drafthouse and the additional retail help bring this area to life?

Coulter: One of the things we’re doing in Crystal City is that we really want to improve all the amenity offerings that are there and extend the day within Crystal City for a broader audience. It is important to bring some entertainment in, also other food venues will be successful and bringing more residential into the overall submarket. Alamo Drafthouse will have nine screens and 1,000 seats and full-service food and beverage. It's more than just movies and popcorn. It's an overall experience.

We think it will be desirable and bring more people into the market and be a catalyst to people saying, 'It would be nice to have even more residential.' Then the whole ecosystem will work because we have office, we already have retail but we want to increase the level of activity in the evening, and we think more residential will help in terms of achieving that goal. Most cities have a longer day and that’s one of the things we’re looking to do is extend the hours here in Crystal City. 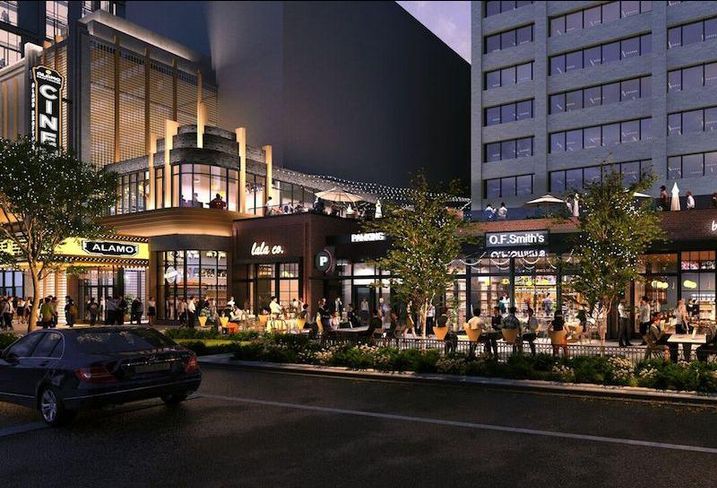 Bisnow: At 1770 Crystal Drive, you're planning an office-to-residential conversion. Have you filed application yet? What is the timeline for that project?

Coulter: Yes, you file something and it isn’t immediately accepted so it goes through a short window before its accepted so it’s a pre-official filing. We have done that recently on 1770, so it hasn’t been accepted yet was the language they used. But we have filed the information and plans as it relates to the conversion. We are looking to deliver the retail toward the end of 2019, with Alamo Drafthouse opening in 2020. 1770 would deliver later, more in the 2020 time frame.

Bisnow: What are you planning on the next stretch between 18th and 20th streets? Do you expect to do more office-to-residential conversions?

Coulter: Well, we are looking at replanning that block. The one existing office building there is 1851 S. Bell St., that building probably will be torn down. And then building two residential towers on a retail podium is what our current thinking is. We haven’t really advanced that in a way publicly. We're still working on planning.

Bisnow: Looking at your long-term plan for all of the older office buildings in JBG Smith's Crystal City portfolio, do you expect to do more tear-downs or conversions?

Coulter: Crystal City is a city, and, as in any city, there are going to be some projects that make sense to renovate and others that make more sense to tear down. The majority of our office properties there won’t be torn down. We are going to selectively demolish them when we can. Others we’re going to look at adaptive reuse. It’s going to be a combination of things, but fewer will be torn down. It depends on the age of the structure and how it sits on the site. We're trying to bring more life and vitality on the street for the pedestrian experience. We’re really big on placemaking, what we do to make it a wonderful place to walk or ride your bike or coexist peacefully with pedestrians, people on bicycles, and make it an interesting walk or stroll with a lot of different points of interest.

Another part of what we’re doing in all these developments there is thinking about open space and green space and making those some of the best public spaces. We talk about amenities and streetscapes. We recognize the importance of world-class urban environments with special open spaces. There is already a lot of good open space there. As we do redevelopments, some will be reconfigured and programmed differently. We view it as an opportunity to hit the refresh button and take a good look at some of the spaces.

Bisnow: After the Amazon HQ2 RFP came out, you said that you hoped the tech giant would choose Crystal City. Now that the deadline has passed, was there an official proposal submitted for Crystal City, and what do you think are your chances?

Coulter: Yes. We're working with Arlington and Virginia, who were the true respondents. We provided them with information on Crystal City and our holdings in Pentagon City in terms of responding. We would love to get Amazon. We think it would be great, not only for the market but for the region. We maintain a high level of excitement about the potential of that happening. Hopefully they’ll stick to a quick time frame and let people know where they stand. They got quite a few proposals they’ll have to weed through.

There really is a great story in terms of not only what we have there in Crystal City and Pentagon City, but what we can envision it becoming. As much as we’d love to get Amazon, they would turbocharge any development, but we also think it just highlights how attractive it is for any large corporate user to come to the market. We again would love to have them. I think we put together a very strong offering and we really look forward to hopefully making it to the next round and to be able to share more information if we make it to the next round.