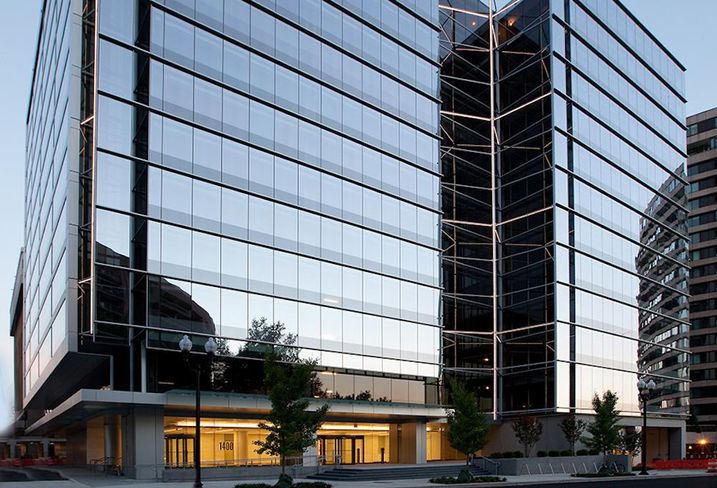 The American Institutes for Research, a large, Georgetown-based not-for-profit organization, is moving a big chunk of its employees across the river.

AIR has signed on for 90K SF at Crystal City's 1400 Crystal Drive, a Lowe Enterprises-owned building, and it plans to vacate two of its Georgetown offices.

With the move, announced Thursday morning by Gov. Terry McAuliffe, AIR will bring 320 employees to Arlington. The organization will keep about 650 employees at its Georgetown HQ at 1000 Thomas Jefferson St. NW, where it occupies roughly 100K SF.

The organization will vacate two nearby offices at 1025 Thomas Jefferson and 1050 Thomas Jefferson, AIR spokesperson Makini Nyanteh said. Those leases, which equal a similar footprint to what AIR is taking in Crystal City, will expire next year. AIR plans to make the move in December 2018.

“Arlington is an ideal fit for AIR due to its proximity to our federal government clients as well as the access, amenities and convenience it provides our staff," AIR President David Myers said in a release. "We are looking forward to being a part of this vibrant, growing business community."

The organization will take three and a half floors, bringing the building from 60% to 90% leased, Lowe Enterprises Managing Director Mark Rivers said.

"It's huge not just for us, it's huge for Crystal City," Rivers said. "It's great positive absorption ... It's a great value proposition for prospects to come to Crystal City out of the District."

“We’re seeing with associations, nonprofits, creative and tech companies that this is really a space that works for them to take care of their employees," Fox said.

Crystal City's dominant landlord, JBG Smith, is pitching the neighborhood as the landing spot for Amazon HQ2, and it could be among the regional favorites to make Amazon's shortlist, according to ARLnow.