Six Buildings That Have (Or Will Have) Views Into Nationals Park

The Washington Nationals will kick off their season on Monday with Opening Day against the Miami Marlins. First pitch will be at 1:05 p.m. As the Capitol Riverfront's development boom continues around Nationals Park, more buildings offer views into the stadium every year. We found three currently open buildings with stadium views, and three more that will open by the end of the 2018 season. 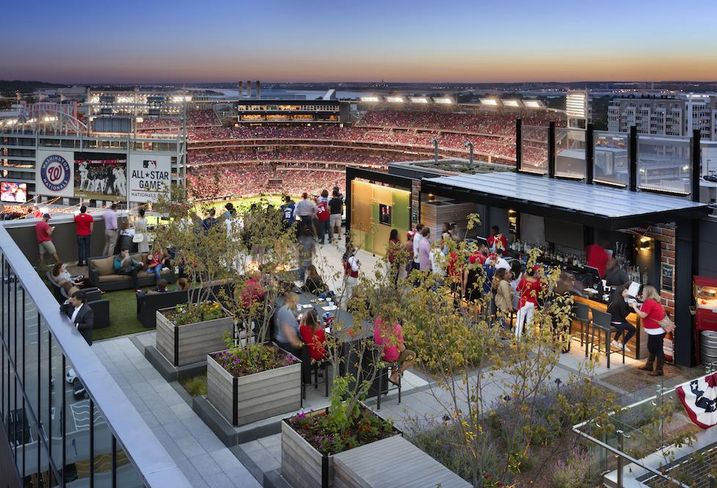 Hotel guests at the Hampton Inn can grab a drink at the rooftop bar, dubbed Top of the Yard, which offers views straight onto the field. The 168-key hotel at 1265 First St. SE, developed by Perseus Realty and the Buccini/Pollin Group, delivered last year. The hotel has seven suites and 14 king rooms that offer views directly into the ballpark and cost more than standard rooms. These rooms are already booked for Monday and Tuesday night, but Wednesday has rooms available starting at $419. 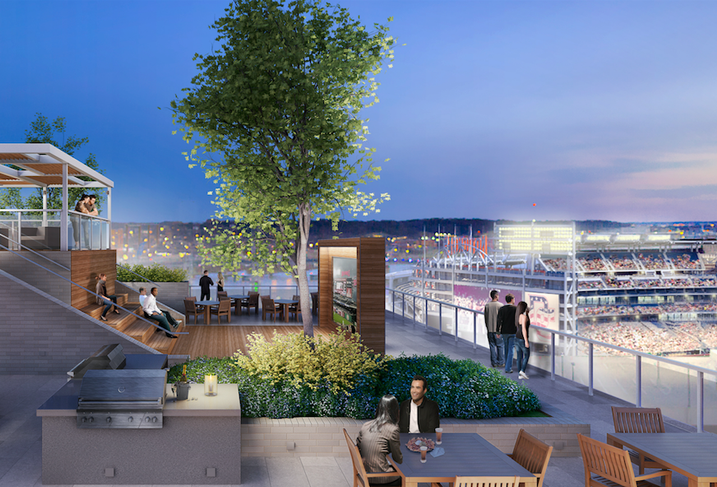 
A rendering of the rooftop courtyard at Grosvenor America's F1rst

The first residents are moving into Grosvenor America's F1rst project on Saturday, just in time to watch Opening Day from the building's rooftop courtyard. The 325-unit apartment building was built next to a 170-room Residence Inn by Marriott. The hotel does not offer the same stadium views, but rooms for Monday night are fully booked nonetheless. McCaffery Interests co-developed the project with the British Grosvenor and is handling the leasing and property management. 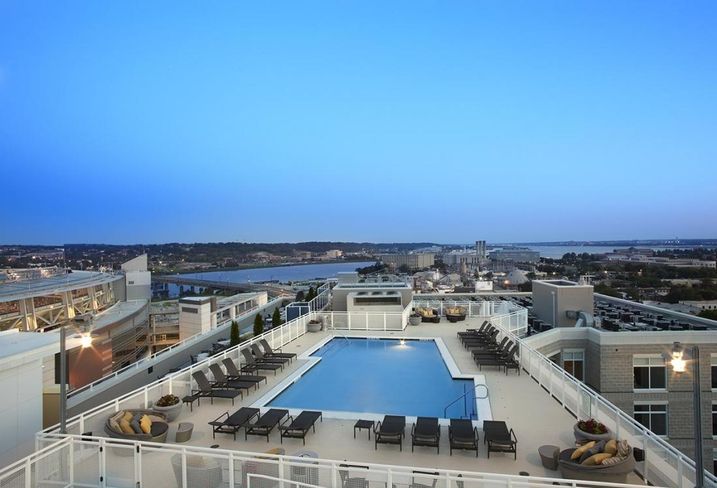 The 276-unit Camden South Capitol was the first of these buildings to deliver, opening in 2013. The 11-story building has a rooftop deck and pool. Sitting directly across South Capitol Street from Nats Park to the west, the rooftop is close enough to catch a stray foul ball well hit to the third-base side. 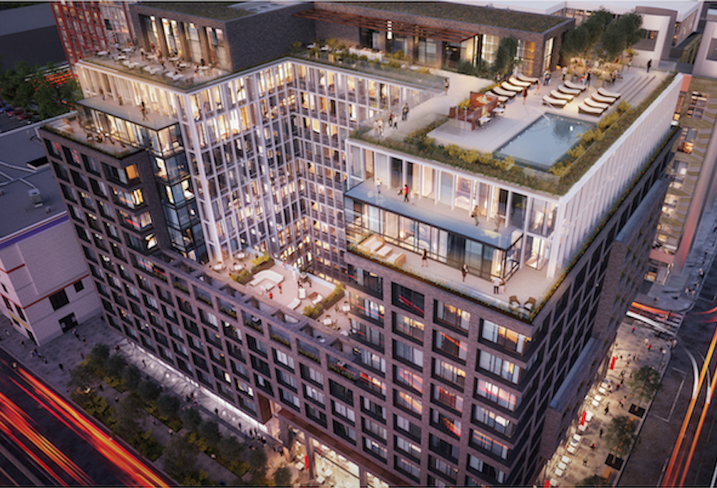 Courtesy: The JBG Cos.

The JBG Cos. is still working on its 1221 Van St. SE project, which sits just north of left field. The 291-unit building has topped out, and JBG is offering Bisnow a tour on Opening Day to give us a sneak peek at the stadium views available from the rooftop. Residents can begin moving in this fall, just in time to catch a playoff game from the comfort of their rooftop. In October, the developer landed a $74M loan to complete construction of the project. 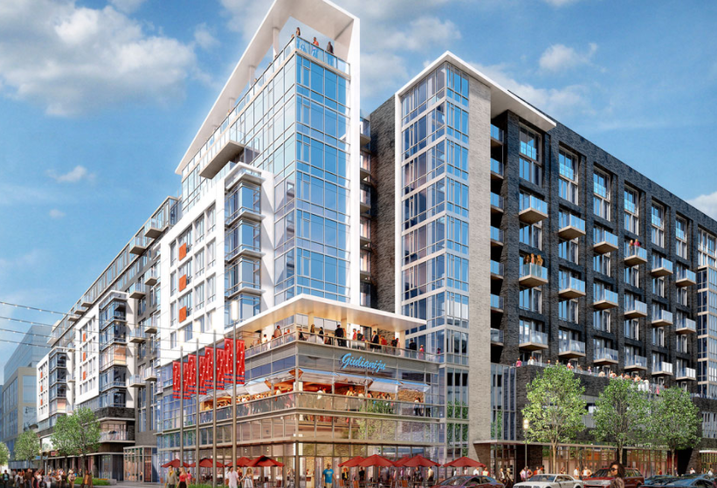 Jair Lynch's 1250 Half Street project, directly across from the stadium's centerfield gate, will not be delivered until 2018, but the developer boasts that a third of its 432 units will offer views into the stadium. The developer has proposed an entertainment-focused restaurant with a bowling alley, bocce courts, a pool, and foosball and ping pong tables to give stadium-goers some light recreation before they head over to the game. 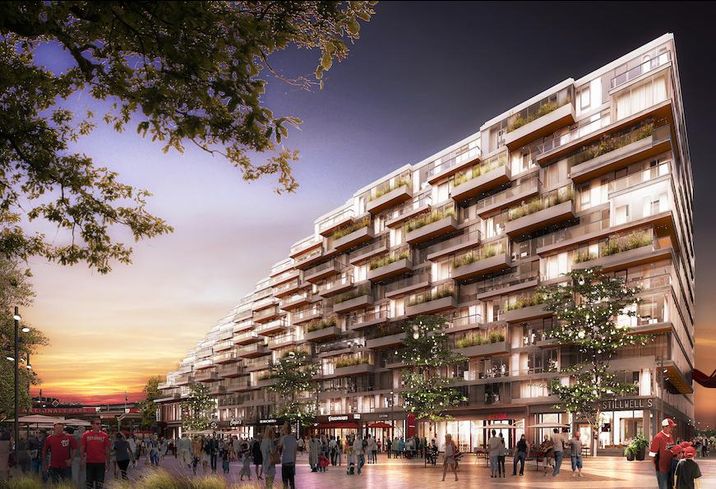 Courtesy: The JBG Cos.


A rendering of JBG's West Half project, with Nats Park to the South

JBG's West Half project is slated to deliver in 2019. The project at 1244 South Capitol St. will include 465 rental units. The project sits on the same block as 1221 Van, even closer to the stadium's left field entrance. The developer is creating tiered-back floors to maximize the number of units with views into the ballpark.