Reality Bites: How Loudoun Can Adapt To The Changing Real Estate Landscape

It was just nine months ago when Bisnow held its 2015 Loudoun County State of the Market and optimism was everywhere. In the time since, the tenor in conversations about the county has changed, and now it’s up to the government and the commercial real estate sector to adjust. 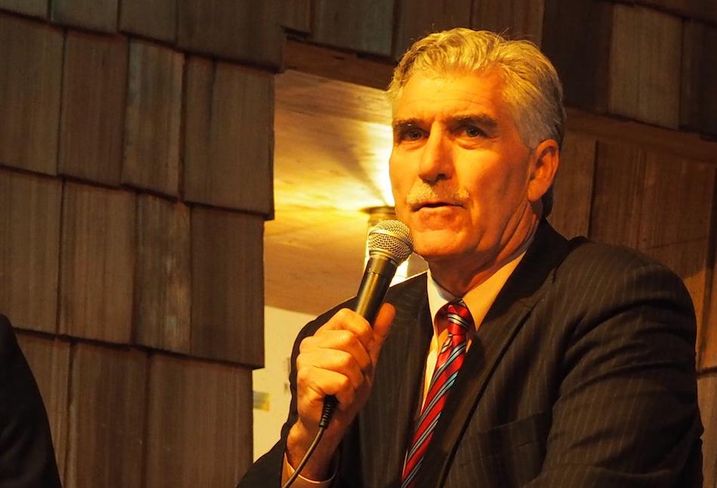 While Loudoun has figured out retail—with entertainment destinations like Alamo Drafthouse, Smokehouse Live (where we were for the 2016 Loudoun County State of the Market event last week) and TopGolf—and it is the second-fastest-growing county in the country by population, the office market and non-Metro-accessible residential are big trouble spots.

“I don’t know how it turns around,” said Lerner Enterprises EVP Art Fuccillo, who’s been developing in the county for three decades. “We have another 4M SF of office we could build at Dulles Town Center. We would love to build out the rest of it, but office is tough. It’s been hard for us.”

Part of what’s been making it so hard, Art said, is the margins have hugely shrunk, making any type of development difficult. To build a great office building, like Lerner is doing at 1775 Tysons, with top-notch architecture and construction, you need to get a minimum $40/SF in rent, Art said. In Loudoun, offices are renting for less than $30. 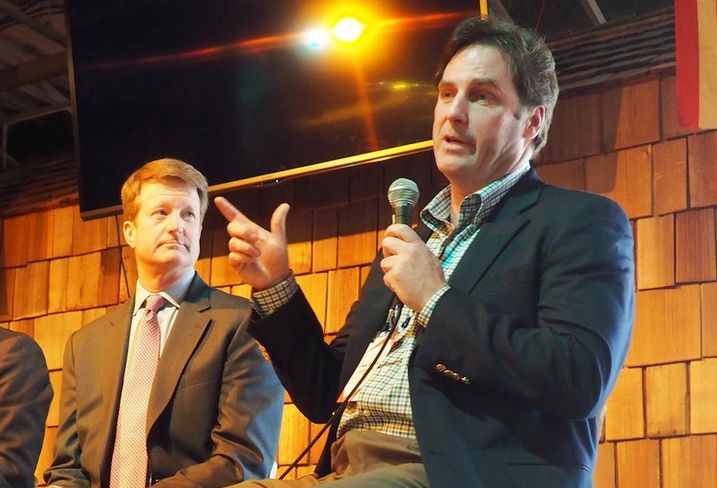 “Depending on who you ask, rents are anywhere from north of $17/SF to high-$20s,” said TRITEC Real Estate principal Dan Coughlan, who’s leading the planned Kincora development in Ashburn. “You have a shrinking amount of space per employee, high vacancy. We’re still a long ways away.”

The geography of Loudoun lends itself to build-to-suit offices: campuses that made the county so explosive in the ‘90s, like AOL’s Pacific Corporate Park and the MCI/Verizon HQ. AOL’s a shell of its former glory, and there’s not much coming down the pike. But that doesn’t mean there never will be again.

“If you do want the 150k SF, 200k SF deals, you have to set the table today,” Dan, next to Rappaport president Henry Fonvielle, said. Office tenants “all want amenitized areas. Now’s the time to set the table for when the market comes back, by creating the environment that the office user’s going to want to be in.” 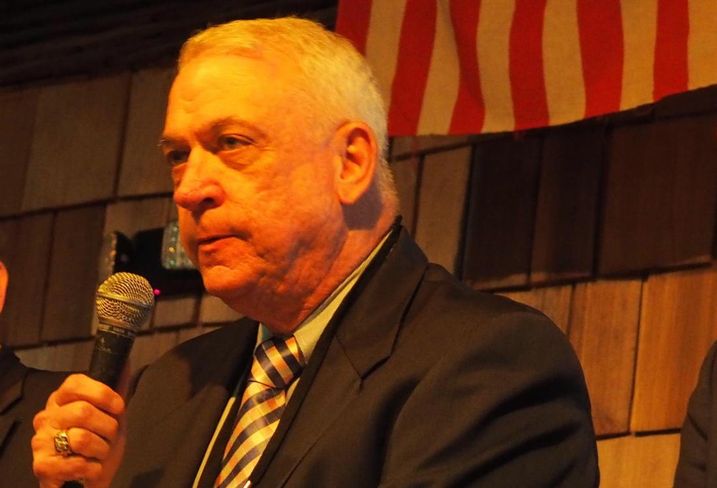 Slowly but surely, developers are starting to build those places, and the market is responding. Bill May at Miller & Smith developed One Loudoun after having bought and sold the land two separate times. When he finally started to develop it, the recession hit. But as the economy has recovered in the last four years, One Loudoun’s timing ahead of real estate’s growth cycle has set it up perfectly, even without being near mass transit.

“From 2012 to 2015, just about every square foot of office that was permitted in the county was permitted at One Loudoun, and we’ve pretty much absorbed it,” Bill said. “We focused on entertainment, and that worked. We’re at 50 tenants open and operating, and now we’re starting to get soft goods, which is what we’ve been waiting for.” 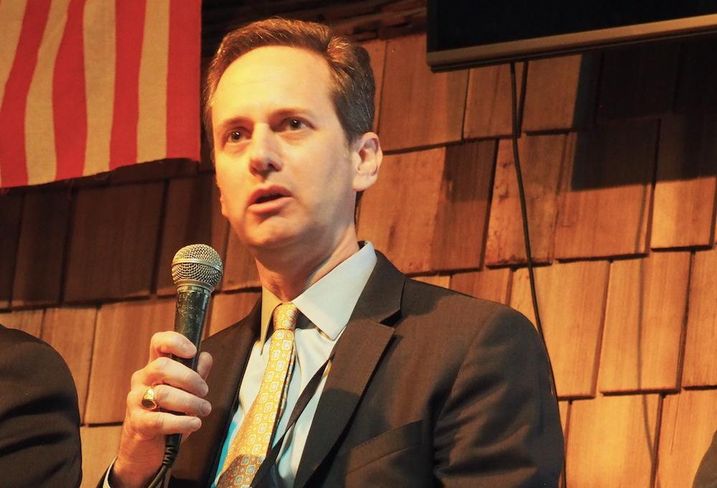 
Peterson Cos. president of retail Paul Weinschenk at Bisnow's 2016 Loudoun County State of the Market

While there’s a fair bit to be pessimistic about in the near term, developers have nothing but love for the county in the not-too-distant future.

"We like Loudoun a lot as a brand," Paul Weinschenk, president of retail for Peterson Cos, said. "It’s got a growing population, it’s well-educated, it’s affluent. The employment base that’s here is continuing to find a path to grow, and that’s attractive to us as investors in real estate."

In 1987, when the county first developed its Comprehensive Plan, Art said it was a handful of developers in the office of Bill Bryant, one of Loudoun’s real estate pioneers, who “took a map and drew on it with magic markers, deciding where we thought development should go, where we wanted the roads to go, and presented it at the local high schools. That was it.” 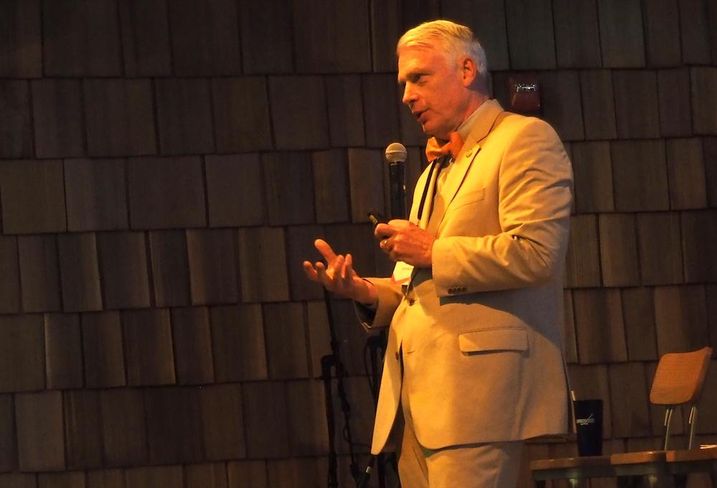 The county is starting to embark on a new Comprehensive Plan process, one that would allow easier urban, mixed-use development. New director of planning and zoning Ricky Barker gave a presentation before our star-studded panel, detailing the goals and benchmarks of the plan that the new Board of Supervisors approved in March.

“We are way behind,” Ricky continued. “We don’t have the policies, and there is so much potentially to be done in properties in really great locations.” 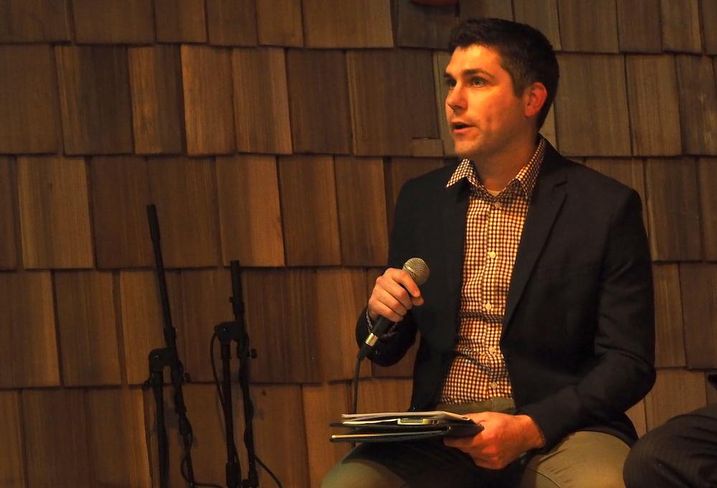 Loudoun has the highest proportion of residents under the age of 18 in the region, and the lowest proportion of those from ages 18-64, Ricky said. So even though it’s growing fast, Loudoun is not growing in the places that lend themselves to the type of development downtown that can be built with few asks in return. The growth needs more schools, more infrastructure (the road network still isn’t completed) and more services that Loudoun’s eastern neighbors in Arlington and DC.

But, as moderator Andrew Painter of Walsh Colucci Lubeley & Walsh noted after the event, much of that infrastructure has historically been built by the private sector, and that’s continuing. Dan is building a section of Russell Branch Parkway to run through his property, connecting One Loudoun to Dulles Town Center through Kincora. 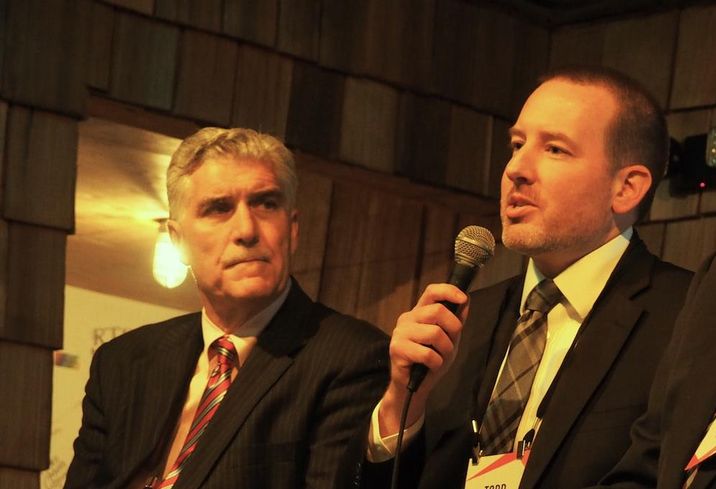 The one segment of infrastructure Loudoun needs more than anything else: a new bridge over the Potomac River to connect it to Maryland. Such an undertaking seems unlikely considering the state of negotiations among all the jurisdictions and the homeowners living where the bridge would need to go.

A couple of more reasons for optimism: B.F. Saul’s Todd Pearson, an economic development commissioner, noted Loudoun’s poverty rate is 3.6% and the unemployment rate is 4.5%. 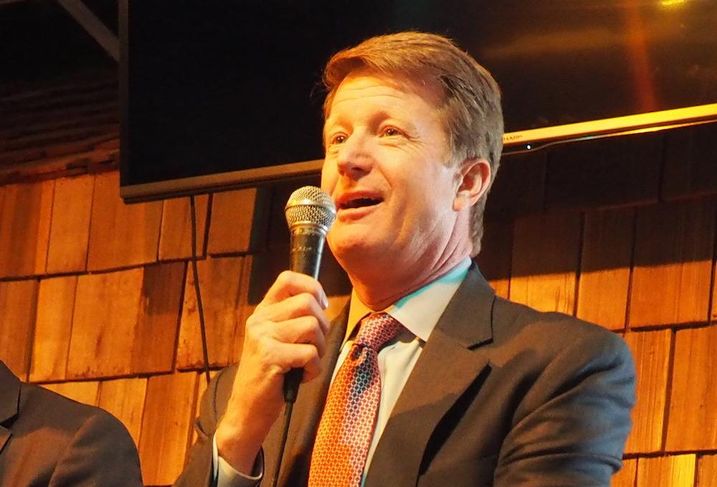 “It’s incredible what’s going on,” Henry said. “It’s the most dynamic market in the region.”