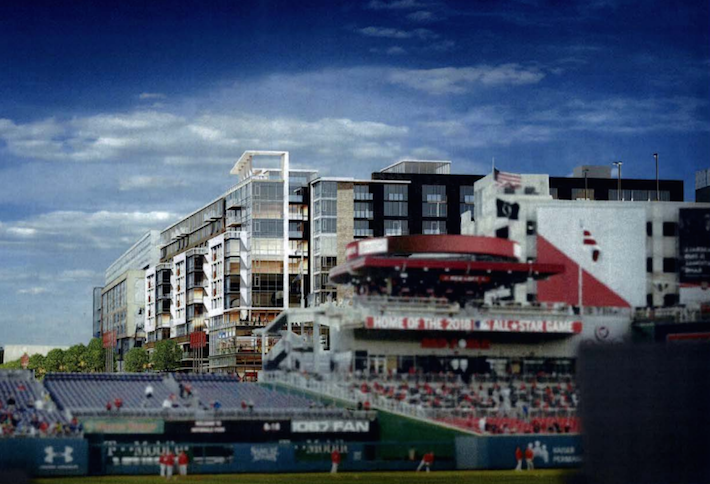 Development around Nationals Park didn't happen immediately, largely due to timing. The ballpark opened in 2008, right when the national economy was tanking.

But in the last few years, the recovery of the economy (and the Nationals' record) has brought mounds of investment money into the neighborhood surrounding the park.

JBG and Jair Lynch are both building residential above retail on Half Street, which they see as an immediately lucrative investment.

"The opportunity you have to capture what really is this ready and willing audience that wants to go spend money, have a beer and eat some food before and after the game," JBG's Bryan Moll, who will be a panelist at the event, tells Bisnow. "There is so much opportunity on one block."

Roughly one-third of the 432 units in Jair Lynch's Half Street development, rendered above, will have views into the stadium, Jair says. 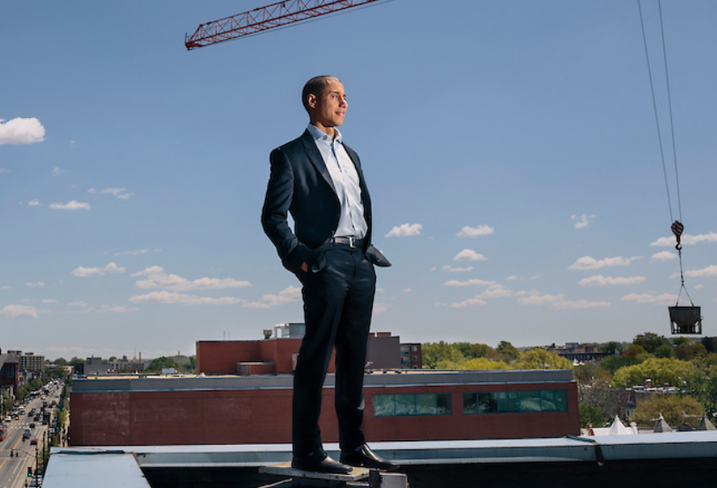 "We need to make sure we're producing a product that would appreciate this unique location," Jair, pictured above on one of his H Street rooftops, tells Bisnow. "That means great views, corner units in lots of different locations, high-quality finishes and amenities facing either street, roof decks that look right onto home plate. We'll have all kinds of socializing spaces."

Some developers have expressed concerns over the influx of multifamily construction in the area, highlighted by a DC Office of Revenue analysis that showed apartment construction outpacing population growth.

Tishman Speyer last week bought a full-block site between Half Street and First Street that had previously been planned for an office building, but now the New York developer plans a massive, 800-unit apartment project. This won't open until after JBG and Jair Lynch's Half Street projects, but represents more competition for tenants in the already-packed riverfront multifamily market.

"If the riverfront is just getting 800 units and nothing else then that’s less than ideal," Jair, who will speak at Thursday's event, says. "If we get 800 units and some pretty incredible retail, then that is ideal and everyone will benefit."

JBG and Jair Lynch's buildings, slated to deliver in two years, will open at a very opportune time. Nationals Park will host the MLB All-Star Game in 2018, allowing developers to showcase their new projects on a national stage.

"I think 2018 is going to be pretty monumental for the area immediately outside of the stadium and especially for Half Street," Bryan said. "It will really be the first noticeable year of how exciting the area is going to be." 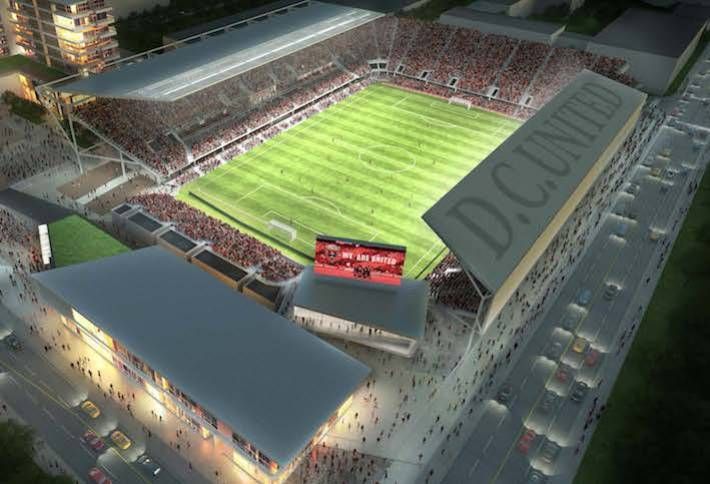 2018 will also mark the opening of DC United's new stadium on Buzzard Point. After DC acquired the land from Akridge via eminent domain, the city tapped architect Populous, which designed Nats Park and Camden Yards, to design the region's first soccer-only stadium, rendered above.

Capitol Riverfront BID president Michael Stevens, who will also speak at Thursday's event, sees Buzzard Point as an underdeveloped gap between The Wharf and the Nats Park area, and now, with the DC United stadium coming, he is excited to see investment flowing to the area.

"I didn't think it would happen this fast," Michael tells Bisnow. "All this development really fills in that gap and makes it an exciting neighborhood."

MRP Realty—which is opening Dock 79 near Nats Park next month and just released details for Phase 2 of that project—bought a Buzzard Point site near the soccer stadium, where they plan to develop roughly 300 residential units.

MRP's John Begert, another panelist at Thursday's event, tells Bisnow his firm could break ground as soon as two or three years from now—or it could wait five or six—depending on how quickly the stadium is progressing.

"We just feel like the stadium is going to be a catalyst for the area," John says. "You’ve got some challenges with access and circulation and distance from the Metro, but it can be a great residential and entertainment district, an active sports and recreation district. We are a few years out from doing something, we just felt like we wanted to be there long term, so we have early plans."