Some parts of Prince George's County, such as National Harbor and College Park's Route 1 corridor, no longer need any help drawing private investment for developments. But in less booming areas like Suitland, Mount Rainer and Largo, the county and Metro are playing a key role in sparking development. 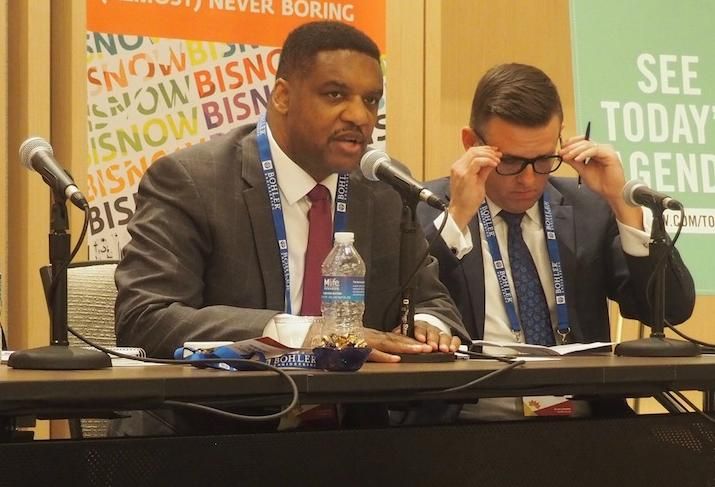 In Suitland, the county owns 22 acres of land within a half-mile of the Green Line Metro station. It previously failed multiple times to find a developer to partner on a project for the site, said Prince George's County Redevelopment Authority Executive Director Howard Ways, speaking at Bisnow's Seventh Annual Future of Prince George's County event Thursday.

The event was held at the MGM National Harbor, the $1.4B resort and casino that opened last year. Another major Prince George's County project, Southern Management's $180M Hotel at UMD, opened last week in College Park.

Ways said the complexity of the Suitland site and the necessary infrastructure improvements caused concern among developers, so the county decided to begin working on the site itself. The Redevelopment Authority, funded by the county, took the site through the entitlement process to get a site plan approval that would give developers fewer barriers before breaking ground.

The county has begun demolition and grading work and will start the infrastructure and utility pieces in the coming months. The efforts seem to have paid off, because the county now has two development partners. 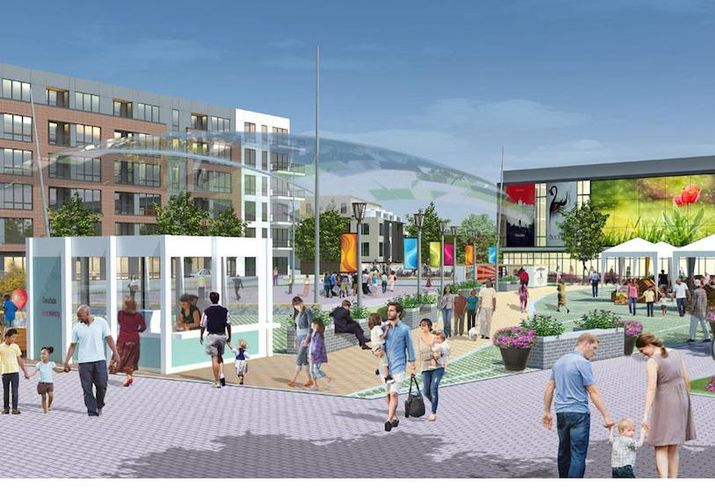 Courtesy: Prince George's County
A rendering of the planned development around the Suitland Metro station

The Redevelopment Authority reached an agreement with NVR to build 219 market-rate townhouses on the site. It also secured a partnership with Mission First, following a competitive solicitation, to develop a 137-unit senior housing project on the site. Construction is expected to begin soon on both components, and Ways said townhouse residents could begin moving in this time next year.

At full build-out, Ways said the development is planned for roughly 770 units, a mixture of multifamily, senior housing and townhouses, plus 90K SF of new retail. It will also feature a performing arts component, a civic plaza, open spaces and public art.

"We feel that public amenities, open space, de-emphasizing the automobile, emphasizing walking and community gathering are the types of things that will make this development successful," Ways said. 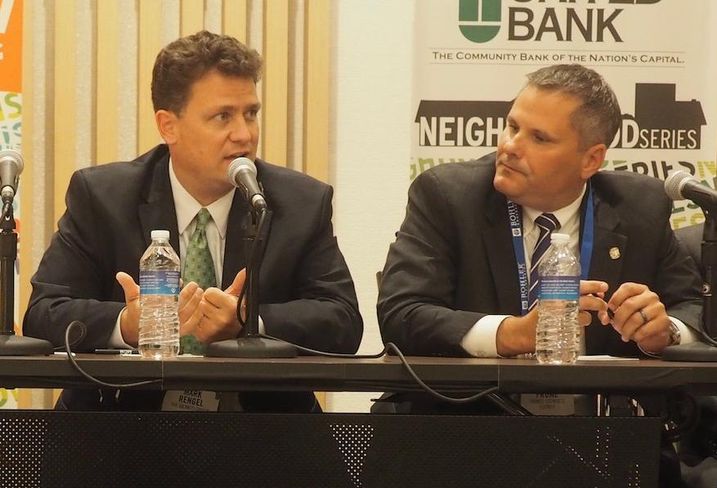 In Mount Rainer along Route 1, near the D.C. border, the Redevelopment Authority is partnering with The Menkiti Group for a mixed-use project. It awarded the Brookland developer the rights for the county-owned site after a public RFP process and created a financing arrangement in which the county will share some of the revenue.

The project will have 11 residential units and 10K SF of retail. This summer, the developer signed a lease with the owner of popular 14th Street bar-restaurants Cafe Saint-Ex and Bar Pilar to open a 3K SF restaurant on the site at 3310 Rhode Island Ave.

The site is part of Prince George's County's Gateway Arts District. Menkiti Group Vice President Mark Rengel, speaking at the event, said engaging the artist community will be central to his vision for the project.

"Commercial tenants recognize that [artists] are influencers throughout D.C., Maryland and Virginia," Rengel said. "They bring people together and make places destinations." 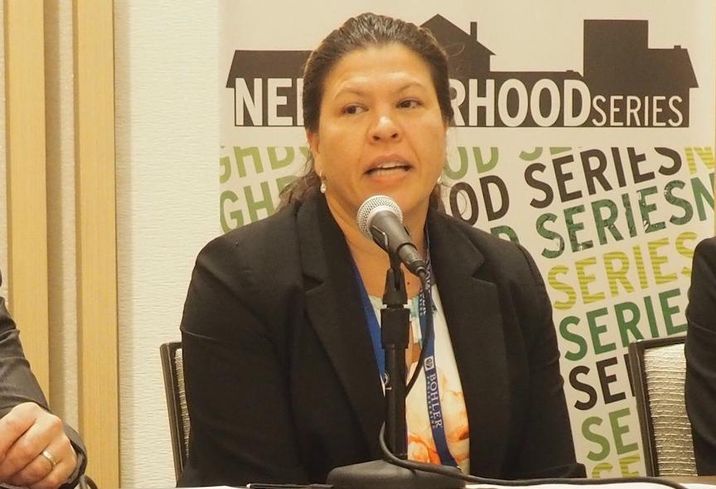 Some of Prince George's County's biggest assets, given its proximity to D.C., are its 14 Metro stations. WMATA has begun to realize the valuable development potential of the excess land it owns around the stations and has formed partnerships for several major transit-oriented projects.

On a 71-acre site around the New Carrollton station, Metro is partnering with Urban Atlantic and Forest City on a multiphase, 2.7M SF development. The JV is preparing to break ground on the first phase, a 176K SF office building for Kaiser Permanente. It plans to break ground next year on the second component, a multifamily building.

On a 5.6-acre site around the College Park station, Metro awarded Gilbane the development rights to build a 450-unit mixed-use project with 12K SF of retail. WMATA Real Estate Director Nina Albert, speaking at the event, said construction is expected to begin soon on that project.

"What's exciting to me about that station is that we get to piggyback and be a part of this broader vision of connecting to the university," Albert said. "Having the Purple Line pick folks up from the Green Line and, in a few stops, they can get to the university's performing arts center and all of the sporting events. That is a game-changer for the area."

While those two projects are on the immediate horizon, Albert said Metro is also in the early stages of development plans around the Largo Town Center and Branch Avenue Metro stations.

In Largo, where a big, new regional medical center is in the works, Metro owns some small pieces of land around the station. Albert said it will likely sell them outright so developers can plan projects as they see fit. At the Branch Avenue station, the General Services Administration just awarded a 575K SF agency lease to developer Peter Schwartz, who has plans for a major mixed-use project on the 100-acre site. Albert said Metro owns a 3,400-space surface parking lot around the station, the Green Line's southern terminus, that it plans to condense into a vertical parking garage to make room for development on the lot.