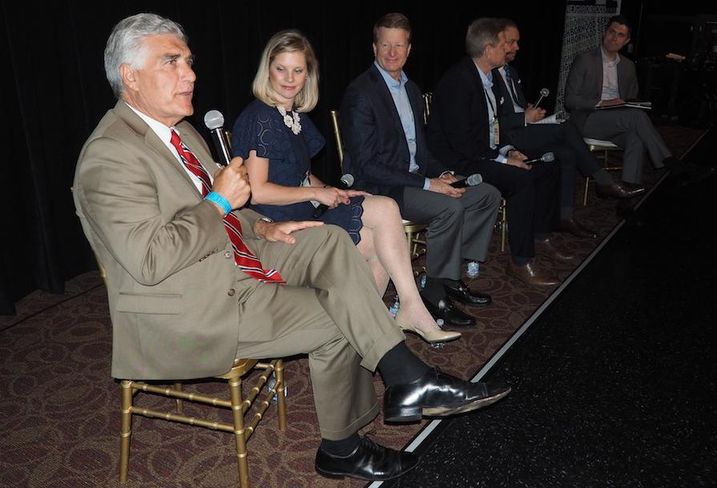 Lerner Enterprises has been working in Loudoun County since 1985, led throughout that period by the efforts of Art Fuccillo. The developer's major projects in the county have included Beaumeade Corporate Park, Dulles 28 Centre and Dulles Town Center, a mixed-use development anchored by the Dulles Town Center Mall that includes 1,400 residential units, 400K SF of Class-A office and a Courtyard by Marriott hotel. Lerner also owns multiple future development sites, including the 57-acre Dulles Highpoint site on Route 28. Bisnow caught up with Fuccillo to get the latest on those projects and hear his thoughts on the county.

Bisnow: You’ve been working in Loudoun County since 1985. How much has the county changed over those 30-plus years?

Fuccillo: Loudoun has enjoyed wonderful growth, and basically because of the master plans that were put in place and updated in the mid-'80s that allowed the area to grow in a positive way, and the quality of life to exist for everybody. Great county leadership enabled it as well.

Bisnow: Dulles Town Center Mall opened in 1999, how big of an impact has it had on the area in its nearly 20 years of being open?

Fuccillo: It’s been a tremendous impact if you look at the surrounding area, the residential and commercial growth to the south. Dulles Town Center is 554 acres and has helped fuel the growth in that area, bringing millions of people per year to that location. It really is a sense of place.

Bisnow: You broke ground in October on the latest addition to Dulles Town Center, 66 townhouses. How much additional development is planned at the site? Do you have a timeline?

Fuccillo: We’re going to continue with the residential growth and the commercial growth as it presents itself. We’re following through on a few other things we hope enhance the area. We're just really continuing on with the plans for Dulles Town Center on the residential growth side. We just finished Phase 3 of Windmill Parc, 435 rental units, that’s our latest project there. That delivered about six months ago. The townhouses will be rental units as well.

Bisnow: How has the demand been for the apartments? 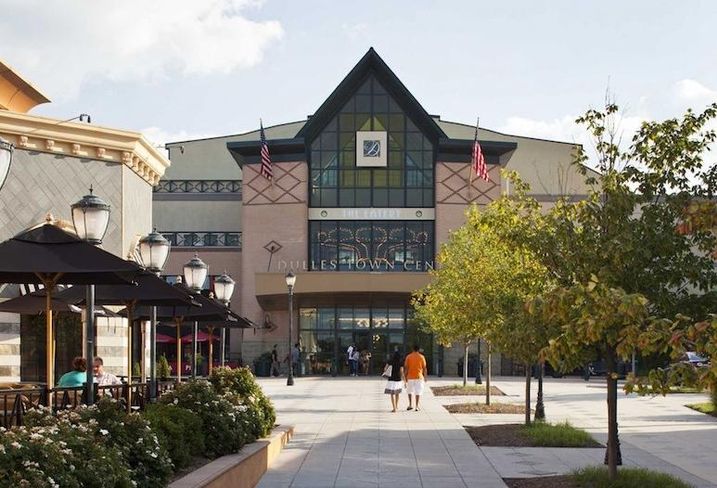 Bisnow: The Nordstrom at Dulles Town Center closed last year. Do you have any indication what is going to take its place yet? Are you in talks with any potential tenants?

Fuccillo: We are focused on it and we are talking to people. I think I have to leave it at that right now.

Bisnow: You also own a 57-acre site on Route 28, Dulles Highpoint. Have you begun to move forward on any plans for that project?

Fuccillo: It’s zoned for data center use, so we’re focused on opportunities presenting themselves in that 28 corridor for data center. It remains available.

Bisnow: Would you sell the site to a data center developer or look to build it yourself?

Fuccillo: Lerner’s not traditionally been a data center developer, so there are no plans to build it ourselves.

Bisnow: Do you have any other Loudoun projects in the works?

Fuccillo: There is still a commercial opportunity on the west side of Pacific Boulevard opposite the Wegmans. We are talking to people now, we have it open for development. It's enough for a couple hundred thousand feet. It’s zoned for retail, office, hotel, auto services; it’s zoned for a lot.

Bisnow: What will the impact of Silver Line extension be on Loudoun County after it opens?

Fuccillo: I think it’s fantastic. It’s going to improve everyone’s quality of life if they can hop on a public transportation system. They can live in Loudoun and work in Loudoun, work in Tysons, Reston or downtown. It’s going to get cars off the road I think.

Bisnow: What is your outlook on Loudoun’s office market? Has Loudoun had trouble spurring new demand the way some of its neighboring jurisdictions have?

Fuccillo: There’s nothing about Loudoun per se that would cause slow office growth. It’s just a matter of timing and the overall state of the economy and the availability of office space in commercial centers such as Tysons and Reston that it’s competing with. It's like I said at your event, Loudoun has to compete on price.

Bisnow: At the event you also spoke about the need for another bridge crossing the river, how critical is this for the area’s future?

Fuccillo: I say extremely critical. It’s something that should be started immediately in the planning stages. It's something that should be focused on by public officials on both sides of the river. It will ease transportation burdens. It will stimulate growth in both jurisdictions. I absolutely think the proper planning is to look at an outer bridge crossing through Loudoun into upper Montgomery County to help relieve the congestion that’s occurring on our road systems, not solve it, just begin to help relieve it. It’s been talked about for too long. Somebody needs to do something about it.