D.C. To Seek Developers For Sites In Shaw, Southeast As It Works Toward Housing Goal

New development sites in Shaw and Congress Heights will soon hit the market as D.C. Mayor Muriel Bowser looks to spur the creation of 36,000 new housing units in the District by 2025. 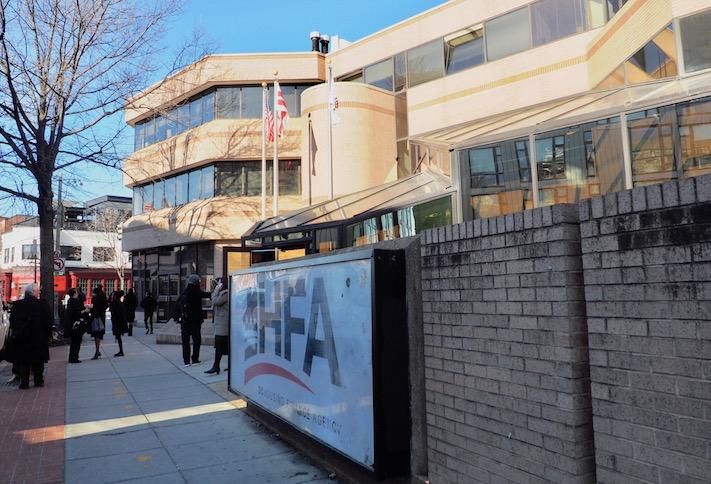 D.C. Housing Finance Agency interim Executive Director Christopher Donald announced this week the agency plans to put out a request for proposals for the site of its headquarters at 815 Florida Ave. NW in Shaw.

Donald, speaking at D.C.'s New Year, New Housing event Friday at the DCHFA building, said the RFP would be released at the District's annual March Madness event in March. He said the agency is still working out the details of the RFP and more information would be available in March, but he said it is looking to use the site to add to the District's housing stock.

"This spring, at the mayor's March Madness event, we will be releasing an RFP for the development of this site," Donald said. "We want you all to look out for that because it's an opportunity for us to produce more units toward that 36,000-unit goal."

The property sits at the corner of Florida Avenue and Ninth Street NW, about halfway between the U Street and Shaw Metro stations. It consists of roughly 29K SF of land area and had an assessed value of $20.9M last year, property records show. 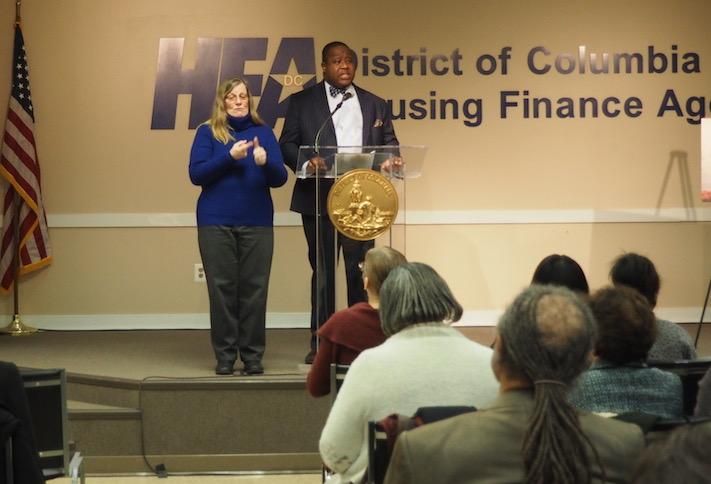 D.C. is also working on a study to envision the redevelopment of the Reeves Center at the intersection of 14th and U streets NW, an effort it announced at last year's March Madness event. The 2.2-acre site houses over 1,000 D.C. employees.

Donald was appointed interim executive director this week after the passing of DCHFA Executive Director Todd Lee earlier this month at the age of 51. At Friday's event, DCHFA Board Chairman Buwa Binitie invited Lee's family to join him onstage and honor his memory by unveiling the new name of the building's event venue, the Todd A. Lee Auditorium.

Also at the event, D.C. released a new request for proposals for a portion of the the St. Elizabeths East campus in Southeast's Congress Heights neighborhood. The RFP seeks to redevelop three sites totaling 5.5 acres that the city refers to as Parcels 8, 9 and 13.

The Parcels 8 and 9 sites consist of historic buildings that could be adaptively reused for commercial or educational uses.

Parcel 13 is a 2.9-acre development site that can allow new construction of up to a 4.0 floor-area-ratio, or about eight stories tall. A portion of the site is required to be built as residential, but it can also include commercial uses.

The 180-acre St Elizabeths East campus last year welcomed its first residential development, a 252-unit affordable housing project. In 2018, the 4,200-seat Entertainment and Sports Arena, where the Washington Mystics play and the Washington Wizards practice, opened on the campus.

"The development of the St Elizabeths Campus is about the transformation of this area of the city into a vibrant destination east of the river that welcomes you to come to visit," St Elizabeths East Executive Director Latrena Owens said at the event. 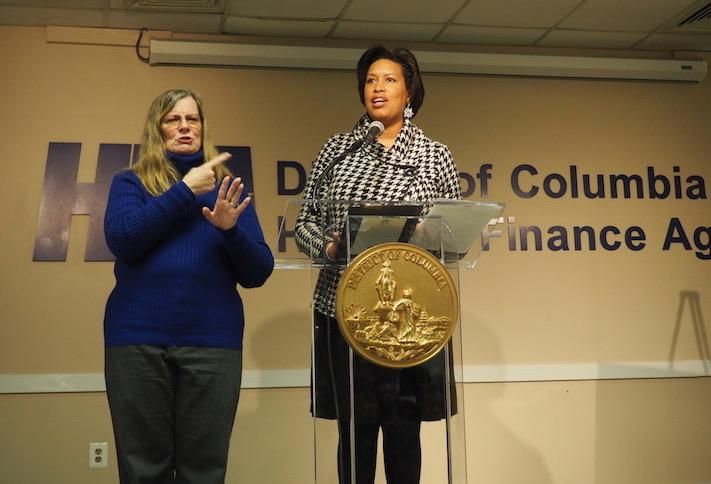 Bringing in developers to build housing on city-owned properties is part of the District's strategy to add 36,000 units by 2025, and several agency heads Friday outlined efforts they would take to move the city toward that goal.

John Falcicchio, the mayor's chief of staff and interim Deputy Mayor for Planning and Economic Development, put the magnitude of the housing goal in context. He said roughly 37,000 housing units were built in D.C. between 2004 and 2018, and the city is now looking to nearly match that number in the six-year period that began at the start of last year.

"We're going to double our pace of production," Falcicchio said.

A major part of that effort is the ongoing rewrite of the District's Comprehensive Plan. Director of Planning Andrew Trueblood said the administration plans to send the final set of amendments to the D.C. council this spring, and he hopes the legislative body can hold a hearing before its summer recess and pass the comprehensive plan in the fall.

"The current comprehensive plan is not aligned with our current goals. It must be updated as soon as possible for our city to have a shot to meet the critical needs the mayor has outlined," Trueblood said. "We are looking for ways that additional density can create housing affordability and opportunity."

Another piece of the District's housing affordability efforts is a proposed expansion of the inclusionary zoning program, announced earlier this month. The proposal would increase the affordable housing requirement for projects that seek to add density through the Map Amendment process to as high as 20%.

In addition to changing zoning regulations to foster more housing development, the city continues to help fund individual projects through its Housing Production Trust Fund. The fund has deployed $100M over each of the last five years and this year it is increasing its allocation to $116M, funded in part by a tax increase on commercial property sales.

Department of Housing and Community Development Deputy Director for Operations Drew Hubbard said, in its latest round of HPTF applications, the agency received 37 requests for gap funding that totaled over $370M.

"If we've got $370M in requests and have $116M on hand to use, the need is there," Hubbard said. "We need to push toward making sure all of those units come online."

Bowser said the District consistently deploying over $100M in affordable housing funding has given developers the certainty needed to prepare projects to break ground.

In her remarks that concluded Friday's event, Bowser highlighted the importance of adding housing to support the city's continued growth.