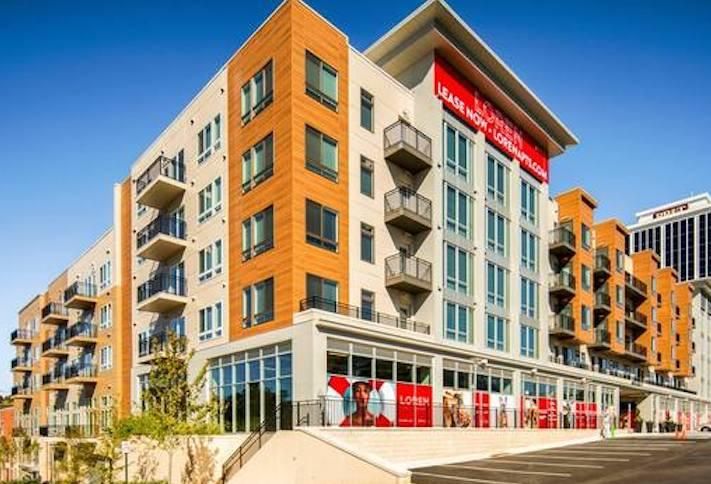 Investors continue to scoop up Northern Virginia properties in anticipation of demand from Amazon HQ2, with the latest deal coming in Falls Church.

The partnership acquired the 185-unit building at 6410 Arlington Blvd. from Bozzuto, which developed it in 2017. The building's units are 97% occupied, and its 14K SF of retail features Orangetheory Fitness and The Casual Pint.

The building sits near the intersection of U.S. 50 and Route 7, about 1 mile from the East Falls Church Metro station. It is about 7 miles from Pentagon City and Crystal City, where Amazon is developing its second headquarters, and Blackfin cited HQ2 as a key demand driver.

"We believe Amazon's decision to establish Northern Virginia as its East Coast headquarters location will drive significant future rent growth in nearby markets such as Falls Church and beyond," Blackfin managing partner Doug Root said in a release. "We are thrilled to have an asset uniquely positioned to reap those benefits."

Root, formerly with Greystar, co-founded Blackfin with former Kettler President Andy Buchanan in 2016. The Arlington-based company has since amassed a portfolio of nearly 4,000 units, acquiring properties from Boston to the D.C. area to North Carolina.