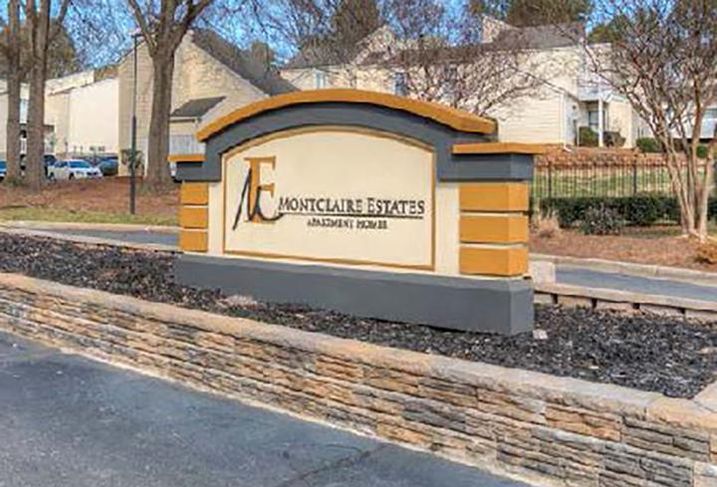 An Arlington, Virginia-based investor is on a North Carolina apartment-buying spree, with its fourth North Carolina multifamily purchase in the past eight months. Blackfin Real Estate Investors purchased the 301-unit Montclaire Estates off Arrowood Road for $24.2M.

“We like the Carolinas in general; we’ve seen a lot of job growth throughout the region and we predict that to continue to be the case,” Blackfin co-founder and managing partner Doug Root said.

Renovation plans include upgraded units for the complex with 36 buildings on 26 acres. Renovations will extend to an amenity deck, where old tennis courts will be converted to a fenced turf soccer field and game area featuring shuffleboard, bocce and cornhole. The pool deck will include an upgraded California kitchen and resort-style cabanas.

Blackfin predicts strong rental success with Montclaire Estates, given its proximity to the LYNX Blue Line. The apartments are about a mile from Arrowood Station off East Arrowood Road near South Boulevard.

A driving factor for the purchase of Montclaire Estates is a couple of notable surrounding projects, Root said. Century Communities is developing a townhome project adjacent to Arrowood station, which Root said will increase density in the area. White Oak Real Estate Advisors is repositioning South Boulevard’s former Walmart with a 115K SF creative office project.

“You always look to build into gentrification; all along South Boulevard is poised to continue to improve,” Root said.

“We like the market a lot — the returns on a risk-adjusted basis are strong. We’ve been chasing deals up and down the East Coast,” Root said.

The company is also interested in expanding into South Carolina; Root said they have been eyeing the success of Greenville, Columbia and Charleston markets.

“It’s been pretty tough to win deals down there. Everyone else got the memo as well,” he said.

New York-based Cedar Grove Capital had previously acquired Montclaire Estates for about $16.2M. The property traded in 2014 for $11.9M.