The first two buildings Amazon will construct for its second headquarters came into clearer focus Wednesday, as Arlington County kicked off the approval process for HQ2's first phase of new development. 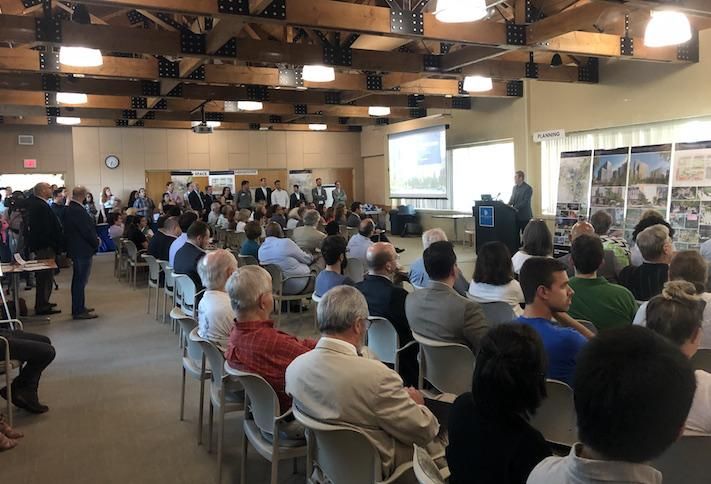 The tech giant last month began moving employees into the existing office space it is leasing in Crystal City from JBG Smith, Schoettler said, and it is now moving forward with the entitlement process for developing the first new buildings in nearby Pentagon City. The community meeting, held at the Trades Center building in the Shirlington neighborhood, represented the official start of the site plan review process, which will feature several more public meetings in the coming months.

The first phase of HQ2 is slated to include two 22-story towers with 2.1M SF of office space and 55K SF of retail. The buildings would be constructed on Parcels 6, 7 and 8 of the Metropolitan Park development, where four large residential buildings have been constructed over the last 15 years around a central park.

Amazon introduced initial plans and one rendering of the buildings in a May blog post, but Wednesday evening it shared a series of new renderings and details on the development, focusing on the public areas and retail space accessible to the community. 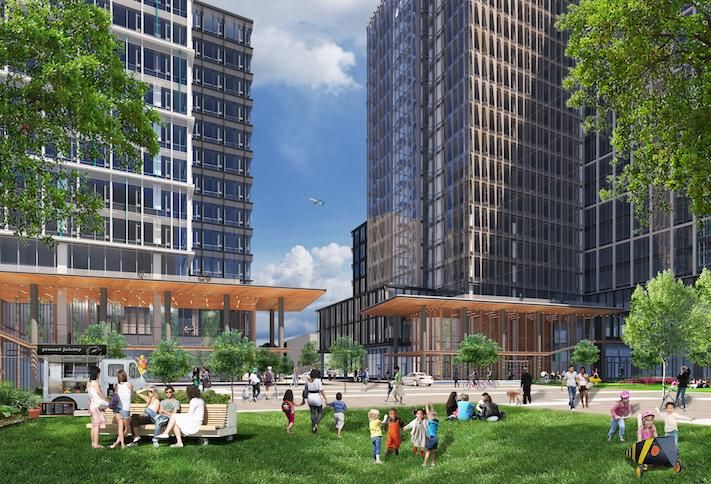 Working with ZGF Architects, Amazon is designing the buildings with the central park as a focal point. Schoettler said the building heights will taper down closer to the park, and public plazas will connect the building entrances with the green space.

Schoettler said the outdoor areas will likely include elements from its Seattle headquarters, such as a community vegetable garden and a banana stand.

Amazon also expects similarities with the Seattle campus in the way employees get to work. Schoettler said 70% of its Seattle employees commute using methods other than a single-occupancy vehicle, including walking, bicycling and taking public transportation. It expects similar commuting patterns for its Arlington campus.

Amazon selected a site with a variety of public transit options and plans to accommodate cyclists with hundreds of bike storage spaces, a locker room with showers and a new cycle track along South Eads Street. 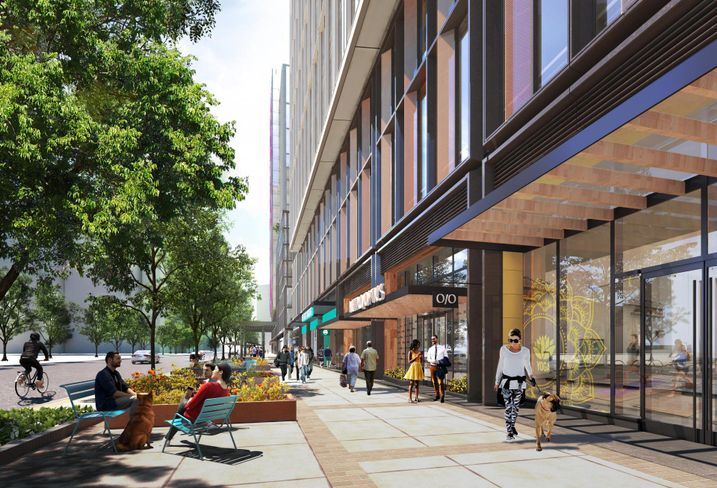 The 55K SF of planned retail is twice as much as previously envisioned for the site. Schoettler said Amazon's in-house food program will only serve about one-quarter of the HQ2 workforce, encouraging the majority of the employees to each lunch at nearby businesses. And because Amazon will own the buildings, Schoettler said it will be able to curate the retail to focus on locally owned businesses.

"Locating our headquarters in an urban core is intentional, and so is designing our buildings to be outwardly focused and be part of a neighborhood," Schoettler said. "We want to integrate and stitch ourselves into the fabric of the community." 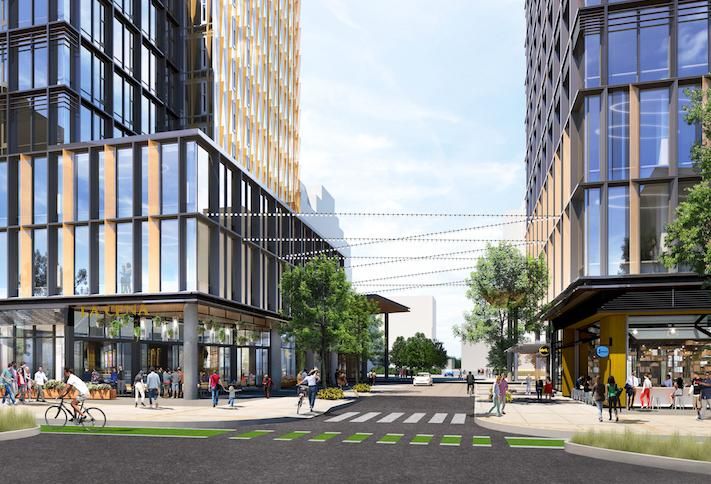 The site on South Eads Street is currently occupied by a warehouse that makes up one superblock from 13th Street to 15th Street. The project will split the block in half by extending 14th Street in between the two new office buildings, creating two smaller blocks between 200 and 300 feet long that will be more pedestrian friendly.

The design treats the extended 14th Street as the main public entrance to the development and the central park. It will place loading docks on other sides of the building and create a curbless street with retail and outdoor seating areas to make it a vibrant area.

Joanna Kirby, a Falls Church resident who attended the meeting to learn more about the development, said she spends some time in Pentagon City now and thinks the new retail and open space would encourage her to visit more often.

"I thought the open space was really good and inviting and trying to make a real effort to bring the community into the project," Kirby told Bisnow after the meeting. "It seemed more open to the community and didn't seem closed off like a campus." 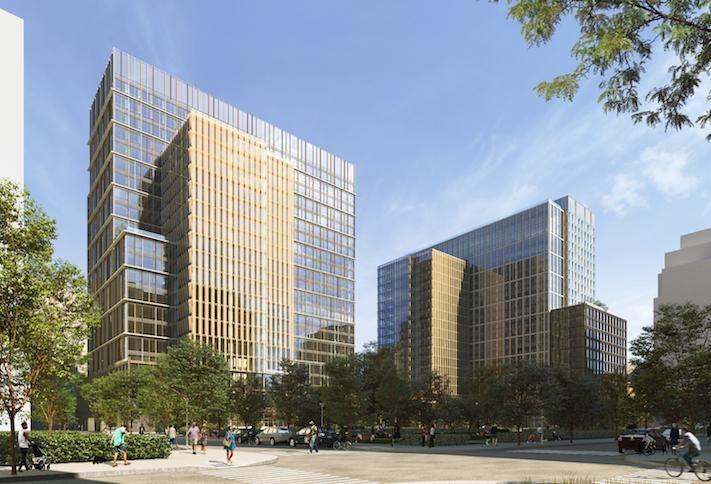 Wednesday's meeting didn't include a public comment period, but it ended with an open house session with several stations for attendees to ask individual questions of Amazon representatives and Arlington officials. It didn't feature any disruptions from protestors, a common occurrence at past public Amazon events, such as Bisnow's Amazon HQ2-Apalooza in February and Arlington County's March hearing on its Amazon incentive package.

The meeting was the first of several public gatherings that will take place as part of the county's review of Amazon's development application. Arlington's Long Range Planning Committee will host a meeting Monday, and its Site Plan Review Committee is scheduled to host meetings July 29, Sept. 23 and Oct. 14.