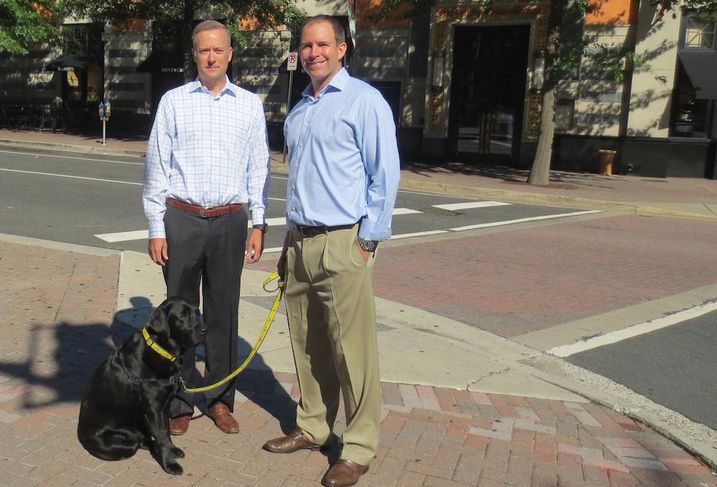 Their new company, Blackfin Real Estate Investors, will be based in Clarendon and look to acquire properties from Boston to the Carolinas.

The pair began talking about the partnership about a year ago, but for Doug, the idea has been a long time in the making.

"For me, it was always not a matter of if, just a matter of when," Doug, on the right with his black lab, Grady, tells Bisnow. "For both of us, this is why you hone your skills and build relationships, to parlay it into the next step, building your own platform."

Andy, left, says he began thinking about it two years ago, once Kettler had recovered from the downturn and things had settled down. 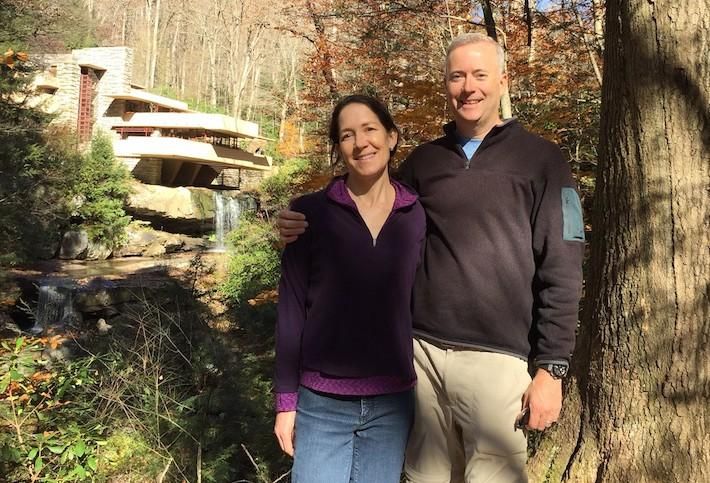 "At that point, I had become exclusively a manager and wasn’t really involved in real estate," Andy, shown above at Falling Water with his wife, Laurie, says. "For me, it was really a chance to get back to what I really enjoyed doing, which is buying an asset and making it better."

After coming upon the idea of joining forces during a lunch meeting last summer—before Kettler's recent management shakeup—the two spent some time getting to know each other. Once they found they were as compatible as they hoped, they began talking business strategy.

They decided to focus exclusively on value-add multifamily acquisitions, because of the current point in the market cycle, Andy says.

"Based on cycle where we are right now, if anybody was launching a new development platform, people would look at them like 'what are you doing?'" Andy says. "Most people feel that the development cycle is at its tail end. But we feel the value-add strategy that we have, there’s a long runway there, given the macroeconomics and the demographics going on in the rental space." 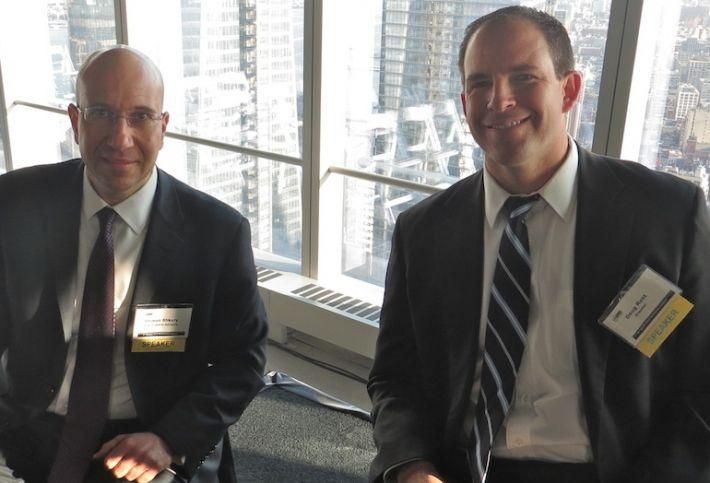 "There's so much A product coming into the market, the cost of construction is so high that everybody has to develop Class-A product," Doug, on the right with Ariel Property Advisors Shimon Shkury at a Bisnow New York event in 2014, says. "We feel there’s a much deeper renter pool that still is looking for B product."

They decided to base the company in DC, where they both already live. Andy says he expects about half of Blackfin's transactions to happen in the DC market, with the rest ranging from Boston to the Carolinas.

"We’ve got great expertise in those markets," Doug says. "We have a great network of industry professionals, both on the execution and the deal sourcing side, that we feel we can leverage."

As for the name, Doug says he is an avid fisherman and he jokes the name Blackfin allows him to live vicariously as if he's fishing while he's in the office. Doug says they have already begun making some offers but have yet to close any deals.

"If the stars align, we’ll take 60 days to close anything from here," Doug says. "Hopefully we can put something on the board in the near future."