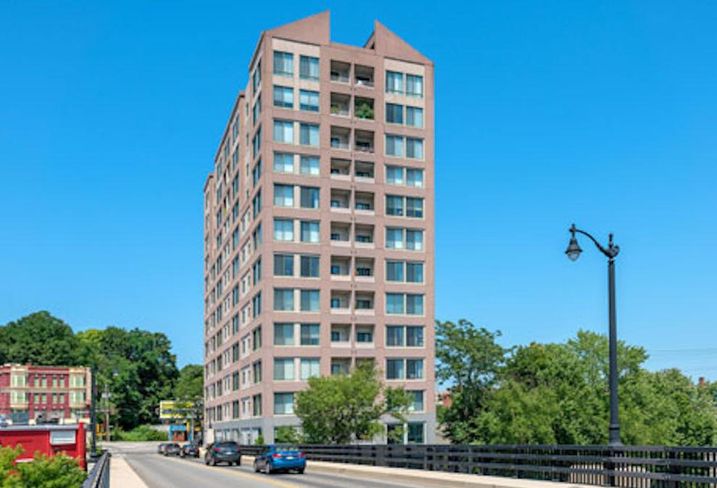 “We feel like [The Bixby] is a rare instance where you can take a B and make it more interesting to a younger demographic,” Blackfin co-founder and Managing Partner Doug Root said.

Boston Andes Capital spent nearly $4M in renovations over the course of 2016 and 2017. The former owner upgraded the lobby, converted old commercial space into eight units, and added amenities like a resident lounge and outdoor deck overlooking the Merrimack River. Blackfin plans to continue the renovations with upgrades to all units and hallways as well as adding things like a dog park, a virtual concierge and grilling stations.

Root and co-founder Andrew Buchanan founded Blackfin in August 2016, and the company is capitalized to build up to a $750M portfolio in as many as five years. While some area developers have begun to question how long Greater Boston’s multifamily boom can last, Blackfin is confident its segment of the market will continue to see success.

“I don’t see where this crash is coming from. You have to look at where your options to deploy capital are,” Root said. “We’re not buying or building Class-A product because we think that’s the band of the market where we’ll get the least amount of rent growth.”

The company has plans for a bigger Boston presence, most of which will come from the suburbs due to more deal opportunities that fit with its portfolio. Blackfin intends to buy value-add assets that are older with the intent to reposition them.

“We want to own a big portfolio in Boston,” Root said. “It just takes time.”