One of the most hotly contested development proposals in the District, the SunTrust Plaza project in Adams Morgan, cleared its final regulatory hurdle last week when its updated design was approved by the Historic Preservation Review Board. Activists who delayed developer PN Hoffman's project and forced it to change plans, while maintaining their outspoken opposition, are preparing to file a lawsuit in a last-gasp effort to preserve the outdoor plaza on the site. 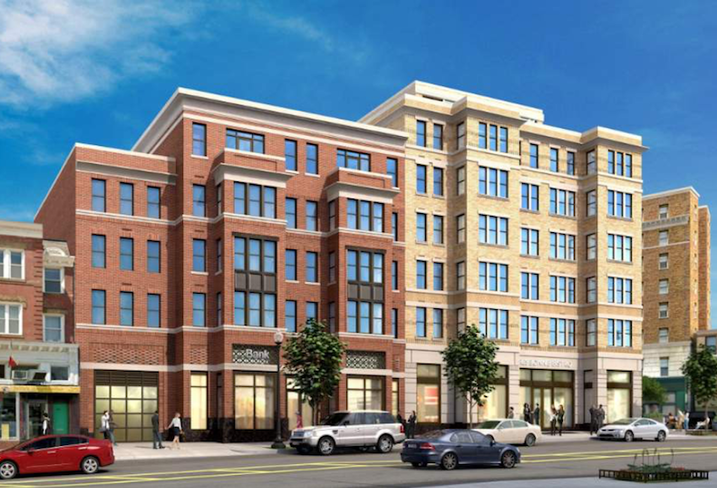 PN Hoffman's most recent iteration of the project, to be jointly developed with Potomac Investment Properties, calls for six stories with 52 condo units plus a penthouse, and 8k SF of ground-floor retail. It had originally been seeking greater height and density from the Board of Zoning Adjustments, but pulled that application in September after public protests. It then scaled back the project to fit within the already allowed density limits, avoiding the BZA process, and submitted an updated design to the HPRB in October.

The local Advisory Neighborhood Commission continued to oppose the updated design. The neighborhood activists who had fought the development through the BZA process, a group called Save Our Plaza, continued to fight it through the HPRB review, most recently organizing its members to attend Thursday's hearing. 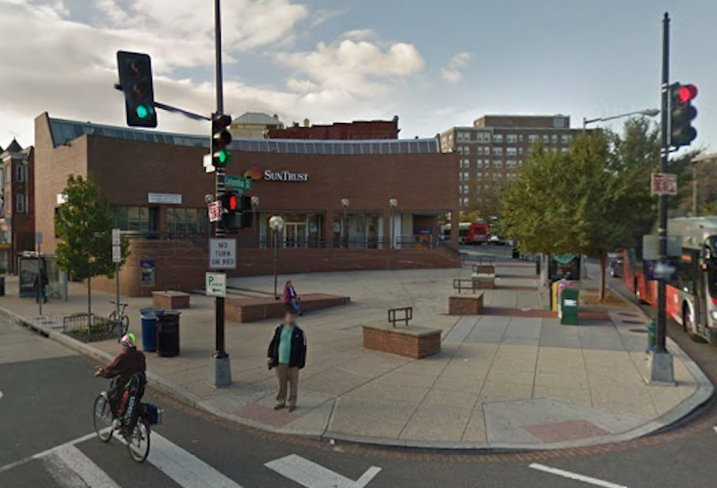 The contention has centered around the plaza that sits on the site, at the corner of Columbia Road and 18th Street NW, the neighborhood's busiest intersection. While the plaza has been available to the public for decades, it sits on private property where PN Hoffman has development rights. Because of the community opposition to losing the plaza, the developer is not scrapping it entirely, and plans to create a smaller plaza for public use, a concession that has not satisfied activists.

"The concept as a whole is too large for the site and it doesn’t at all reflect the community's continuing interest in use of the plaza," ANC 1C03 commissioner Ted Guthrie, whose district includes the plaza, said. "I think the building as currently designed is far better than what they originally brought to us; it's not as overwhelming. I still think HPRB should have required them to do more to make it less oppressive of its neighbors." 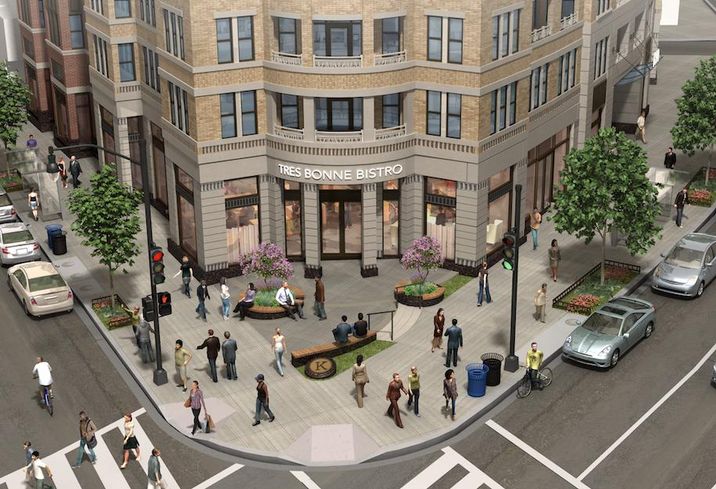 PN Hoffman CEO Monty Hoffman hopes once neighbors see the finished product, they will be happy with the result, which will replace a mostly concrete plaza with one that includes streetscape-style paving and flower beds.

"We struck a balance by leaving some plaza, even though it's private property, and building the building out as far as we felt comfortable with," Hoffman said. "One of the things we can do is create a very active corner so the plaza won’t be as large but it won’t be as sterile." 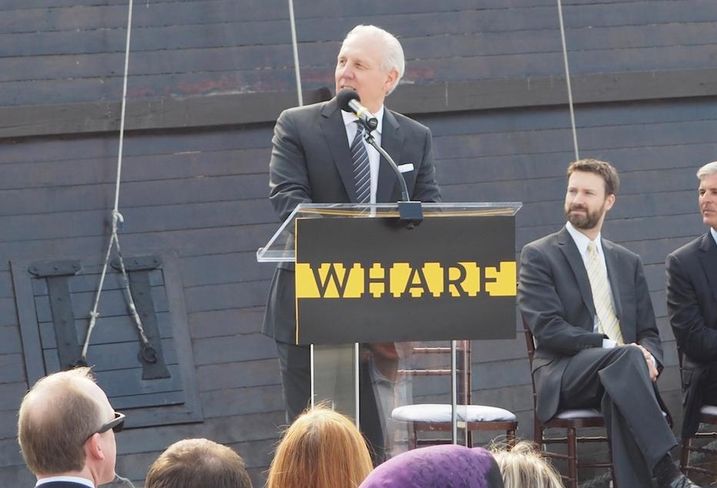 Hoffman showed some frustration with activists disrupting the HPRB process, arguing that the board achieved its mission of preserving the history of the site and avoided diving into contentious public disagreements.

"Some of the opposition or activists made the process a little more difficult because of the distractions," Hoffman said. "Many people try to infiltrate the board's mission and put their own interests under the guise of historic [preservation], but they have other agendas in mind." 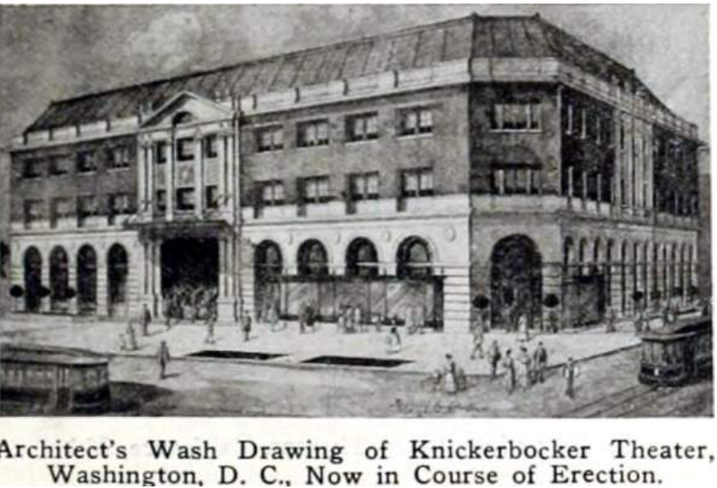 The site does have plenty of history. Originally the Knickerbocker Theatre, it was the site of a devastating roof collapse that killed 98 people in 1922. The year after the collapse, it was rebuilt and reopened as the Ambassador Theater (where Jimi Hendrix once played), which remained until 1969.

Using old pictures and architectural drawings showing that both theaters were built out all the way to the corner, Hoffman's HPRB submission argues the plaza is not part of the site's history, refuting the activists claims that the board should preserve it. At least one board member agreed and suggested the developer build to the corner to mimic the original footprint, but the neighborhood groups did not find the theater comparison convincing.

"The theaters were four stories in height, they were significantly different," Guthrie said in response to this point. "You can’t claim you’re going to take the footprint as historical but not the height as historical."

With the HPRB approval, the developer has cleared the regulatory hurdles and can move toward breaking ground. Hoffman expects construction will start in about 18 months, after further design development and the financing phase. PN Hoffman estimates the project will cost $30M.

Even with the steps where community members can officially give input now over, activists remain committed to fighting the project. The Kalorama Citizens Association passed a resolution in October to take the issue to court. The group plans to argue that when Perpetual Savings Bank built a branch on the site in 1978, it came to an agreement with the community to set aside a public plaza in exchange for building the bank, which many were opposed to at the time.

"In a letter to the community the president of the bank at the time made statements to the effect that this is for public use," Kalorama Citizens Association president Denis James said. "It seemed like something that was given to the community and can’t just be taken away because PN Hoffman wants to make a lot of money."

James, a neighborhood property owner since 1971, said he is still waiting to find the most opportune time to file the lawsuit. He said the group has been waiting for a major step that he thinks would violate the 1978 agreement, which he said could be last week's HPRB approval, but he may wait until issuance of a building permit.

PN Hoffman said it is aware of the potential lawsuit and has received a legal opinion stating it would be without merit.