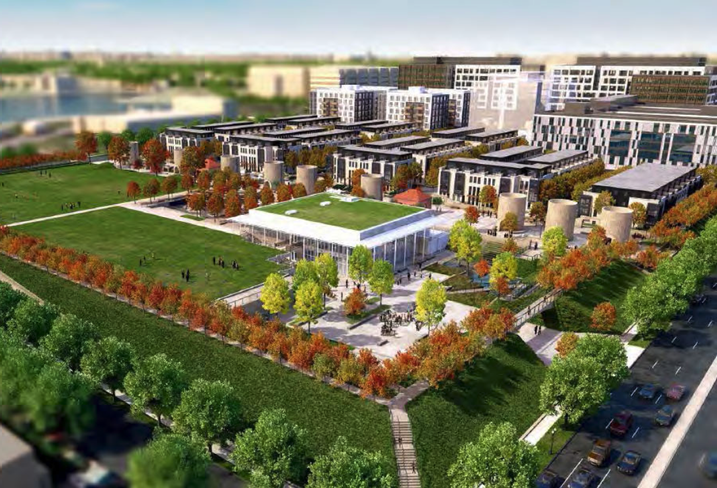 The long-delayed McMillan development in Northwest D.C. appears poised to move forward after the court affirmed the second of two key approvals.

"We appreciate the court's reaffirmation of our use of local zoning tools to create affordable housing, neighborhood-serving amenities and jobs for District residents. This clears the way for more Planned Unit Developments, which are a valuable tool for us to meet our affordable housing needs," Sarosh Olpadwala, real estate development director for D.C.'s Office of the Deputy Mayor for Planning and Economic Development wrote in a statement emailed to Bisnow.

The ruling, first reported by Greater Greater Washington's David Alpert on Twitter, is the second of two the project needed to move forward. The court in May affirmed the Mayor's Agent for Historic Preservation's approval of the project.

The court had previously vacated the development's approval in December 2016, one day after the development team held a groundbreaking ceremony, forcing it to go through the approval process again. The team then received its second Zoning Commission approval in September 2017, followed by the Mayor's Agent approval in April 2018.

But the week after that approval, the same opposition group appealed the project a second time, delaying the development by at least another year.

In its ruling, the three-judge panel said the Zoning Commission’s second approval order provided a far more extensive analysis of how the project achieves the goals of the Comprehensive Plan and mitigates any adverse impacts than the first order it ruled against.

“We hold that the critical components of the Commission’s analysis were reasonable, supported by substantial evidence, and adequately explained," said the ruling, written by Associate Judge Roy McLeese.

With the court now affirming both approvals, the development team has cleared a major hurdle and is one step closer to beginning construction. The development team of Jair Lynch, Trammell Crow and EYA is partnering with the D.C. government to build a major mixed-use project on the 25-acre site of the former McMillan Sand Filtration plant.

The plans call for 655 residential units, 1M SF of healthcare space, 125K SF of retail anchored by a Harris Teeter, a 17K SF community center and an 8-acre park. The team has not released an updated timeline for the project and did not respond to requests for comment.

The court's 2016 blocking of the project helped kick off a wave of appeals that has delayed over a dozen projects and thousands of residential units across D.C. The court has dismissed several cases, but opponents have continued to appeal and delay projects this year. Some developers have abandoned projects after being appealed, and other projects that have had their appeals vacated by the court, including Brookland's 901 Monroe and the Barry Farm redevelopment, remain in limbo.

UPDATE, JULY 3, 3:30 P.M. ET: This story has been updated to include a statement from DMPED Real Estate Development Director Sarosh Olpadwala.