Court Deals Blow To McMillan Project One Day After Groundbreaking 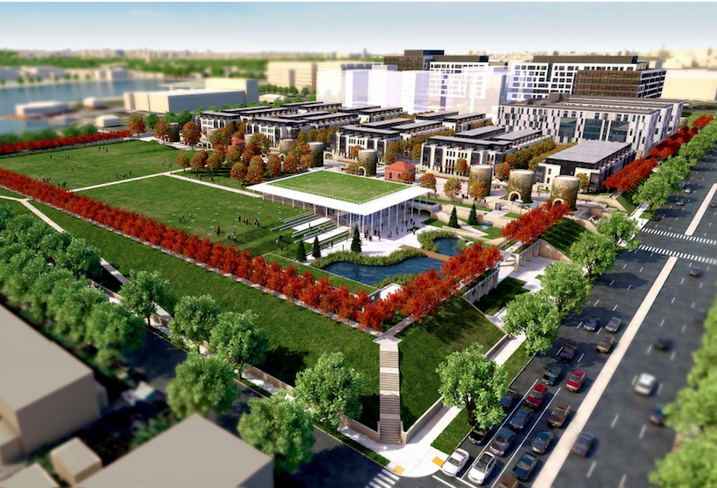 Just one day after DC officials and development partners broke ground on the $720M McMillan project, a judge has dealt a major blow to the development.

The DC Court of Appeals vacated the Zoning Commission's approval following a lawsuit from a group of neighborhood residents who oppose the project, UrbanTurf reports.

The Office of the Deputy Mayor for Planning and Economic Development, along with the development team of Jair Lynch, Trammel Crow and EYA, have big plans for the 25-acre site near the intersection of North Capitol Street and Michigan Avenue NW. The team plans to build 1M SF of healthcare space, 655 housing units, 125k SF of retail anchored by Harris Teeter, a 17k SF community center and an eight-acre open park.

Friends of McMillan Park aimed to stop the project by challenging its alignment with the comprehensive plan and highlighting its impact on the surrounding community.

The court's ruling, which reverses the zoning approval, the historic preservation permits and the permits allowing for subdivision of the site, is not the end of the road for the McMillan developers. It gives the development team the opportunity to prove the project will not harm the surrounding community and it asks DC officials to better explain their decisions to approve the project.

“The District believes the issues outlined by the courts will be addressed so work can continue on this transformative project," DMPED spokesperson Joaquin McPeek said in a statement to Bisnow. "Ward 5 residents have waited nearly 30 years to see McMillan reach its full potential—they shouldn’t have to wait any longer. We will work with urgency to ensure it delivers the jobs, housing, retail and open space this community has continued to ask for.” [UT]