As the regional struggle to find a permanent funding solution for Metro drags on, Maryland Gov. Larry Hogan pushed his plan and criticized a proposal D.C. has put forward during a discussion at Newmark Knight Frank's annual Benchmarks event, where he also gave the latest on Elon Musk's under-construction hyperloop and shared his thoughts on Amazon HQ2. 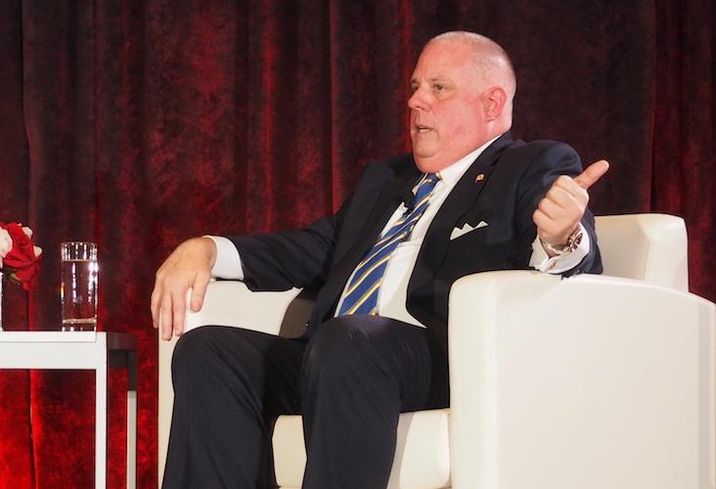 Hogan put forward a proposal in September that called for D.C., Maryland, Virginia and the federal government to each pay $125M per year over the next four years, a total of $2B, to fund the Metro system. His counterparts in D.C. and Virginia have begun to warm up to his proposal, Hogan said at the event, though they have scaled it back from a four-year commitment to just a one-year stopgap measure.

The governor said he would rather solve the funding for four years than just continuing to adopt one-year measures and kicking the can down the road, but he understands the need to keep the system afloat in the short term.

While the other local jurisdictions have begun to get on board, he said the biggest challenge with his plan has been getting the federal government to pay up. He said he had a recent conversation with U.S. Transportation Secretary Elaine Chao in which she said the feds do not want to contribute more money than they already do.

"The federal government is underfunding Metro," Hogan said. "Forty-three percent of all the riders on Metro are federal workers, and yet they pay almost nothing. We pay more than our fair share. Two percent of the people in Maryland ride Metro. It’s about 11% of our transportation budget, and we’re willing to contribute more."

The governor said he was not willing to consider a proposal D.C. has put forward that calls for a regional 1% sales tax. D.C. Deputy Mayor for Planning and Economic Development Brian Kenner told Bisnow earlier this month the District is ready to implement that tax if the neighboring states would do the same. Hogan said that is not going to happen.

"If D.C. has the political ability to raise a tax on their poorest of citizens, raise the sales tax, they should do it," Hogan said. "There’s absolutely zero chance of a sales tax increase in Virginia or Maryland this coming year in [the] middle of an election. It’s just not going to happen. Maryland raised their sales tax by 20% just before I was elected ... There was a tax revolt and that’s why I'm governor, so I don’t think it’s going to happen again." 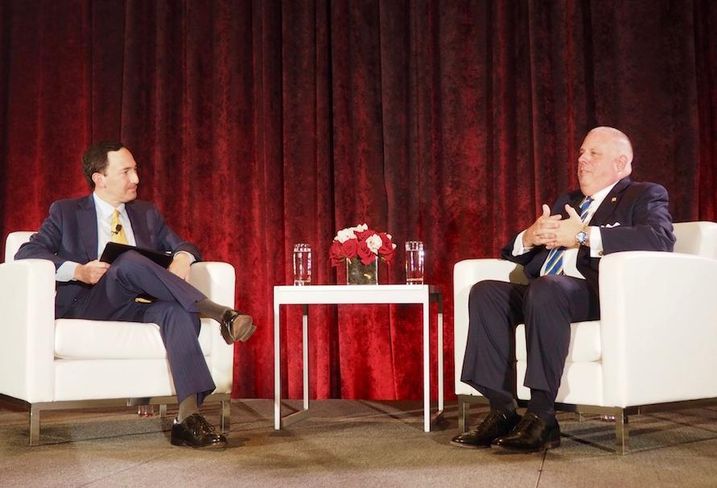 As the region tries to fix the transportation infrastructure of today, Hogan is also keeping one eye on the future.

Maryland has conducted federally funded studies on a high-speed maglev train that could take people from D.C. to Baltimore in 15 minutes. But that proposal would likely cost more than $10B with large public contributions and is still far from becoming reality.

Then, earlier this year, Hogan said he heard from Elon Musk, the founder of Tesla, SpaceX and Solar City, who said he had a better plan that could be executed much quicker and did not need public funding. The eccentric billionaire said his tunnel-building enterprise, The Boring Co., could create a hyperloop that would bring people from D.C. to New York City in 29 minutes. He said he wanted to build the first leg in Maryland.

Hogan said Musk's company is preparing to start digging part of the stretch between D.C. and Baltimore. He said The Boring Co. has acquired a stretch of land in Howard County and is putting machines in place to do a 10-mile test run.

"It seems like crazy stuff of the future," Hogan said. "But we're willing to look at not only the immediate solutions ... but also the rapid transportation of the future. I would not have thought he could launch 18 successful space missions this year, but he has done it. So when he says he's going to be able to do this, I'm willing to listen." 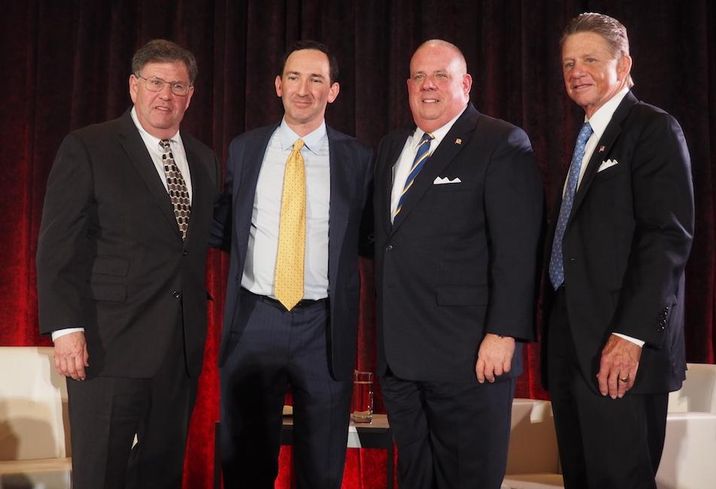 As most business-related conversations these days do, Hogan's interview also touched on Amazon HQ2. When asked if Maryland was the favorite for landing the $5B campus, Hogan said, "Darn right it is."

The governor highlighted Maryland's proposal to build the 8M SF campus at Baltimore's Port Covington, the Sagamore Development-owned site where Under Armour is already building its new HQ. He did not mention the proposals Prince George's County has put forward, such as College Park's Discovery District, but he emphasized how big an impact winning the competition would have on Maryland.

"I was bragging earlier about being second in America for private sector job growth with 130,000 jobs in three years," Hogan said. "Imagine having 50,000 more with one project. We’re fighting hard for it, but it’s going to be stiff competition."

Hogan said he has been told Amazon aims to narrow the pool of 238 proposals down by the end of the year to a short list of six to 12 sites.

Hogan said he has not followed market trends as closely as he used to, but he said developers should look at where the state is investing its money. He highlighted the $9B lane expansion project the state is launching on I-270, the Beltway and the Baltimore-Washington Parkway. He said widening those highways could make more people want to live along the corridors, creating opportunities for development. He also pointed to the Purple Line, the 16-mile light rail connecting Bethesda to New Carrollton that began construction in August.

"When you get 21 stops on the Purple Line, that is going to tie into all these means of transportation, those areas that didn’t have a lot of potential now are gold mines, so people ought to be looking at them," Hogan said.

Transportation, infrastructure and Amazon HQ2 will be hot topics at Bisnow's Unifying D.C., Maryland and Virginia luncheon on Nov. 15 at the Washington Marriott Marquis.