After a stretch in which the 10-person Perseus Realty completed the Hampton Inn across from Nationals Park, along with Buccini/Pollin Group, and received approval to build the 330-unit Capitol Park Tower, its next move is even bigger: buying a big site in one of the hottest development markets in the region. 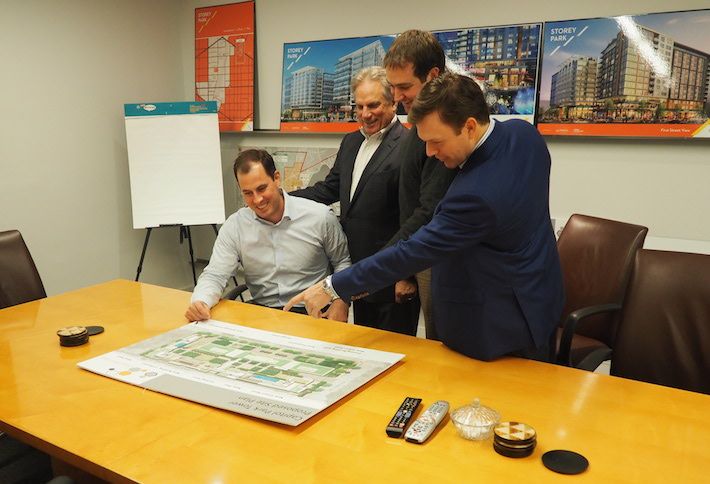 Bisnow has exclusively learned Perseus has bought a 13.5-acre site along Eisenhower Avenue, right next to where JM Zell and Hines are planning one of the tallest buildings in the region. Across the street sits the US Patent and Trade Office and its more than 10,000 workers. Just a little down the block is the National Science Foundation's new office, which will bring thousands more workers this year.

There's currently a newly renovated OneLife Fitness, a shopping center and some light industrial on the site, and Perseus SVP Fred Beddard tells Bisnow the firm plans to keep it that way. For now. That's Fred on the left with Perseus founder and CEO Bob Cohen, development manager Kevin Keuleman and EVP Adam Peters. 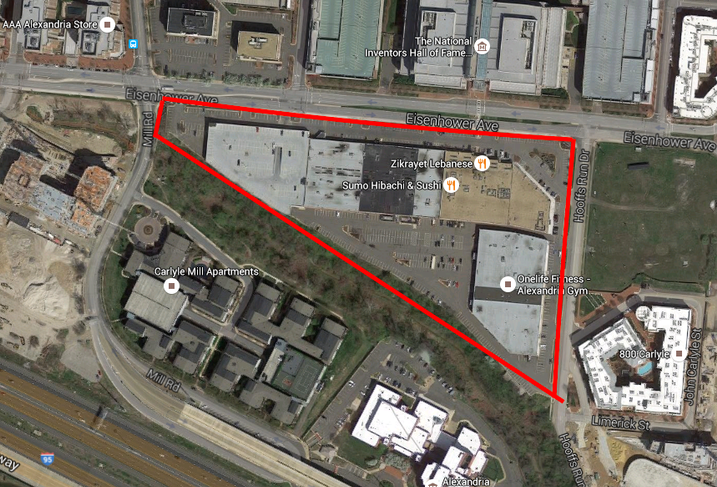 The firm bought the land from the Hoffman family, Alexandria property records show. Perseus declined comment on the seller. This particular site is just a block from the Eisenhower Ave Metro stop and is right off I-495.

"It will be substantially redeveloped over the next five to 10 years," Fred says. "Our plan is to keep it as a cash-flowing existing asset while we work with the city to redesign the site plan. Right now, it offers a ton of flexibility."

Adam says the site has the opportunity to be a major draw for employment, retail activity and affordable living. "Someday it will be a hallmark of mixed-use development in the DC region.” 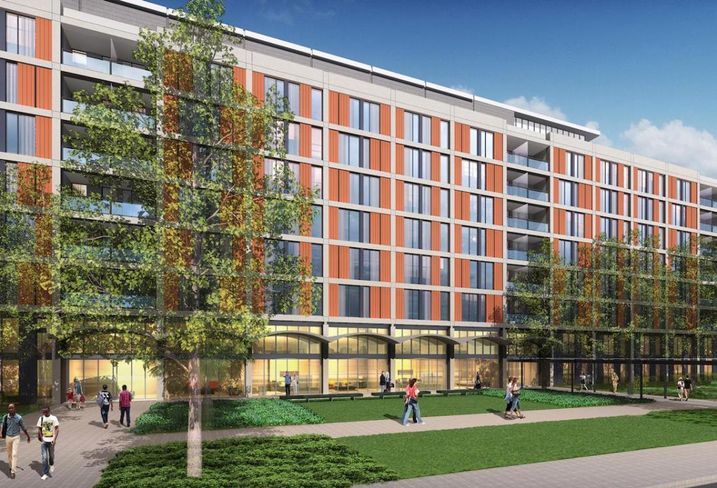 There's also Capitol Park Tower, which Perseus bought in a JV with Urban Investment Partners. There are already about 300 apartments on the site, and in February, the developers received approval from the HPRB to build another 330 units.

That approval process was no easy feat—the Perseus team went back and forth with the community and the board, with multiple plan revisions. Perseus expects to begin construction this fall.

“Our process to engage the community early, engage District planning and historic preservation staff and work to a common goal has proven successful," Adam says. "No one party gets everything they want, but collaboration eventually leads to a better project and at the end of the day, that’s what matters.” 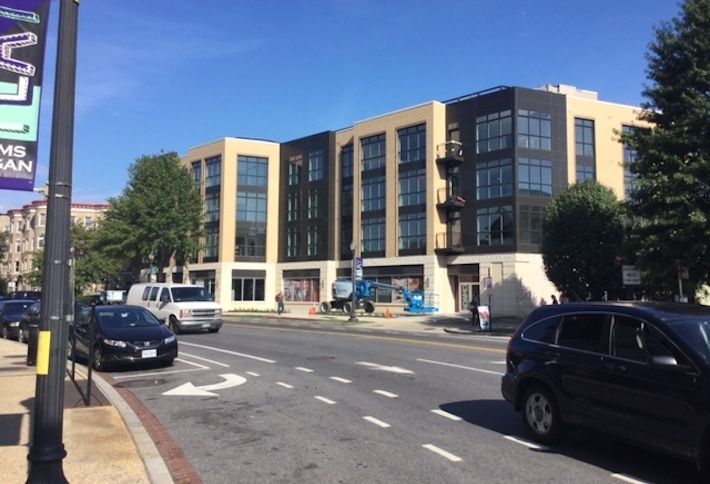 But Capitol Park Tower and the Alexandria property are just two pieces of Perseus’ ever-growing pie. In Adams Morgan, Perseus built the Adamo, a 35-unit condo building that sold out before it even got its certificate of occupancy. The building isn’t, in fact, named after the neighborhood in which it sits. It’s actually a memorial to former Perseus SVP Mark Adamo, who died of brain cancer in 2013. 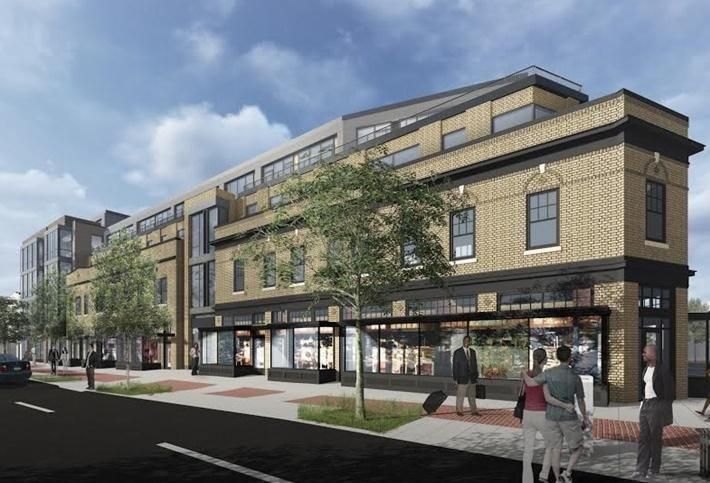 In October, Perseus and Javelin 19 acquired the Frager’s Hardware in Capitol Hill and plan to build 30 to 40 condos (rendered above). Perseus owns an existing office building close to the Spring Hill Metro station in Tysons, and hopes the development plans from The Meridian Group, the Lerners and Greystar build momentum for more redevelopment. “We’re rooting for all their success,” Bob says. 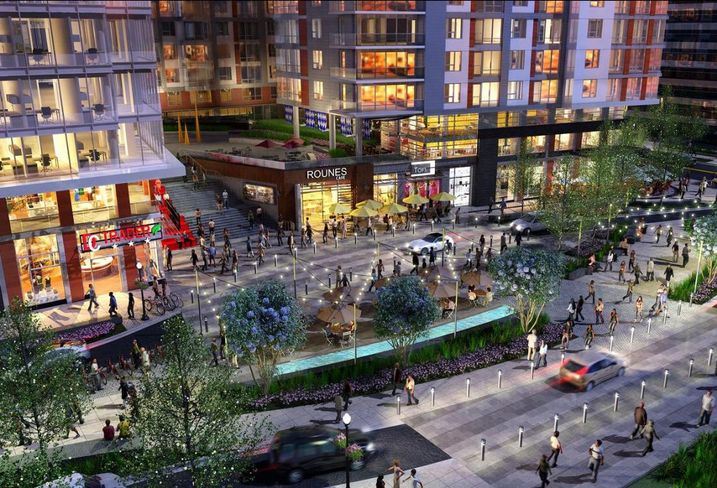 Perseus is also a partner with First Potomac Realty Trust to develop Storey Park in NoMa, a 1.6-acre site with a planned 730k SF of residential, office and retail development. First Potomac, after buying the former Greyhound bus station with Perseus in 2011 for $46.5M, is selling its share of the project amid a company-wide selloff. 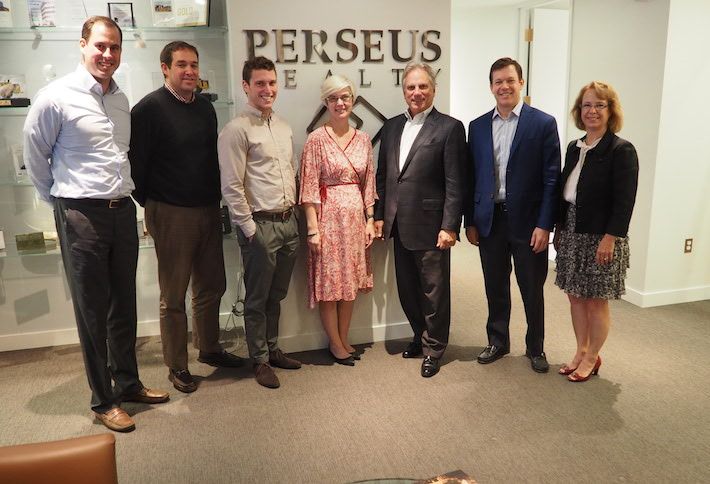 So how is a 10-person development firm involved in all these deals, of varying sizes and asset classes, at once?

“Despite being a small shop, we have capabilities of doing things the largest developers can do,” Fred says. That's him with Kevin, development associate Greg Marks, CFO Norma Ramella, Bob, Adam and Pam Durbin, snapped at Perseus' offices recently. “It allows us to play in the market the way others can’t.”

Adam says it’s because of the people in the shop. He used to be at JBG and led the development of 800 and 900 N Glebe Rd in Ballston. Fred came from PRP.

VP Stephen Schwendinger, who started with Perseus from the beginning, came from CBRE. Bob, who founded the firm in 2004, was CEO of Barnes Morris Pardoe & Foster from 1982–1998 when it sold to Insignia, which then was bought by CBRE. The big firm experience runs deep.

There figures to be plenty more in store from Perseus as Storey Park, Frager's, the new Alexandria site and other projects continue to move forward and the small firm continues to do big things.