Billionaire developer Bekir Okan doesn't speak English and has never built a project in the U.S. before — his universities and developments are primarily in Turkmenistan and Kazakhstan. Nevertheless, right out of the gate, he intends to spearhead the tallest building in Florida. 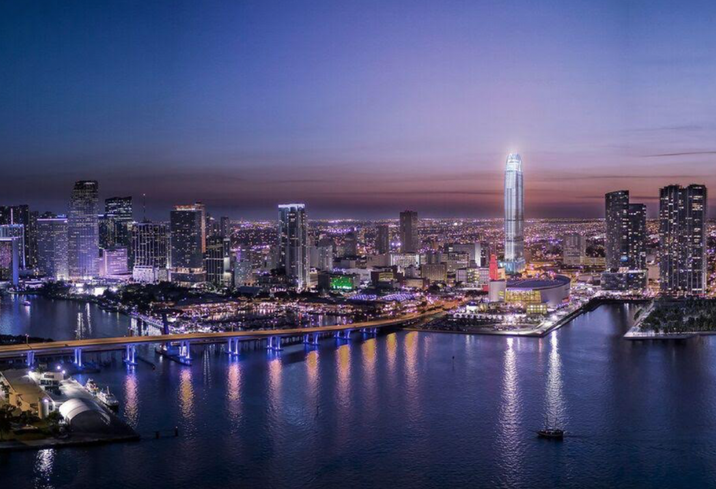 Courtesy of Okan
Okan Tower in downtown Miami was inspired by the shape of a tulip.

Last year, Okan told Bisnow about his background, from teaching math to opening a university in Istanbul. He thought Okan Tower would break ground in late 2018.

Selim Alpmen, the director of operations for Okan Group, told Bisnow Tuesday that plans were delayed as the team has been tweaking building designs, but that he is now finalizing contracts — Suffolk will be the general contractor — and the tower should break ground in the first three months of 2020.

"[Okan] is very, very aggressive, and at the same time, he has a very strong vision," Alpmen said. "If he's building something, it needs to be right and and be the best. We could have built a 30- or 40-story building. It will just be lost, another of the 10,000 buildings in Miami. He wanted to make a statement and a contribution.

"He could have done a very boilerplate, straightforward building," Alpmen added. "Instead he wants to a make statement and show: This is how we do business."

Alpmen, who will be a panelist at Bisnow's upcoming South Florida Construction and Development event Dec. 12, and is a civil engineer himself, said he has been working with more than 10 consultants to shore up designs.

"When you pass 50 stories, construction becomes much more complex," he said. This week, he's taking a tour of the newly opened guitar-shaped hotel at the Seminole Hard Rock Hotel & Casino, he said.

Although skeptics have been talking about a cooling real estate market and late innings of the cycle for at least two years — especially for condos — Alpmen said that Okan Tower will be attractive to Turkish nationals who want their money in a safe asset. (The project could benefit from unrest under Turkish President Recep Tayyip Erdogan.)

Okan is planning on footing the expected $300M bill himself, freeing him from being reliant on pre-sales like many Miami projects with traditional financing.

"The beauty of our project is that it has 260 hotel rooms and on top of that, 236 hotel/condos," Alpmen said. "We are not really worried about the sales because of the way we structured the project."

Only 163 residences will be standard private condos. The others can generate revenue through he tower's partnership with Hilton,  he said. The building is also designed to include office space. Amenities include a cigar room, a wine cellar, a movie theater and three swimming pools.

While Okan is introducing hundreds of new for-sale units to the market, developers rang the alarm at a recent Bisnow event, calling condominium "a toxic word." Property Markets Group Managing Partner Ryan Shear said "the smartest [developers] in town" have held off on starting new projects.

"You can't, you know, for lack of a better analogy, you just can't swim upstream," Shear said. "You can't force the market."

Bilzin partner Alexandra Lehson, who will also be a panelist at the event and has worked on major projects like condos at Grand Central Miami and the estates at Acqualina in Sunny Isles Beach, said that the South Florida market varies widely by city, submarket and asset classes.

Pebb Capital Managing Director Todd Benson, another panelist, agreed, while acknowledging there is weakness out there.

"Some segments of the market are overheated; some cap rate compression on those assets is developing," he said.

His firm has reacted by investing in a range of projects, including Sundy Village, a mixed-use, opportunity zone project in Delray Beach that involves relocating historic buildings, a shopping center in Singer Island, a Hampton Inn in Miami Beach and student housing in New York.

There is an advantage to being late in the development cycle, he said.

"We're in a position to hold longer-term, as opposed to the early innings, when it could make make sense to renovate and then sell in three years," Benson said.