An ambitious plan to build offices, retail, apartments and a parking garage in the Old School Square Historic District of Delray Beach, Florida, has been in the works since 2014, but delayed by battles with preservationists and infighting among the project's partners.

But last week, Pebb Capital announced it is moving forward with the $40M purchase of the project, which in 2018 found itself in a Qualified Opportunity Zone. 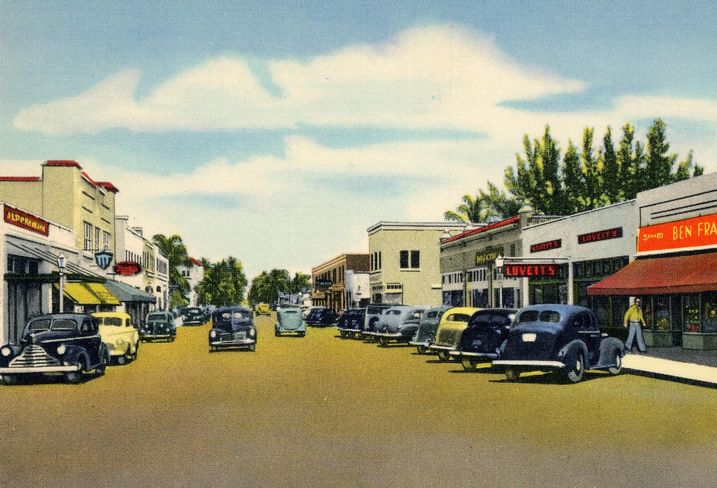 Delray Beach-based developer Hudson Holdings bought the land for $22M and envisioned a mixed-use project that would transform the Atlantic Avenue corridor. The plan involved moving historic homes to build an underground parking garage. Hudson shepherded plans through multiple rejections and revisions before they were finally approved by the city in May 2018.

Florida state officials in 2018 made part of Delray Beach an opportunity zone — the three census tracts have close to a 30% poverty rate, according to Economic Innovation Group. The designation confers tax benefits to people who invest their capital gains in developments or businesses based in the zones.

In January, Pebb — a multigenerational family office with a portfolio of about 60 properties worth $1.5B — arranged to buy Midtown Delray from Hudson Holdings and its partner, Marshall Florida Investments, for $40M.

Pebb Capital Managing Principal Todd Rosenberg told Bisnow that "Midtown Delray Beach was a deal Pebb Capital was considering before we knew it was in an OZ. We were lucky to find this one, which is an anomaly due to its incredible location at the cross-section of East Delray Beach’s affluent retail and entertainment corridor."

Just months after their deal, though, Hudson Holdings sued Marshall and Pebb, accusing them of conspiring to cut Hudson out of a $20M interest. Pebb filed its own lawsuit alleging that the sellers had undermined a due-diligence review of the deal by failing to provide certain documents.

The finished $100M project is expected to have 50K SF of retail and restaurant space, 90K SF of office space, plus 100K SF of residential units or hotel space. Rosenberg told Bisnow "Redesigns will be modest, if any. Our goal is to stick to the already-approved plan. If we need to make changes, we will only do what is supported and embraced by the city and its residents." He said Pebb Capital continues to look at opportunity zone deals and recently acquired a soon-to-be-announced QOZ parcel in Providence, RI.

UPDATE Aug. 14, 8:15 a.m.: This story has been updated to include comments from Todd Rosenberg.