Condominium Is 'A Toxic Word' In South Florida

Developers in South Florida are saying that the market for new condo development is either hibernating or forever changed.

"We're all not selling very well. I'm not going to lie to you," said Gil Dezer, the president of Dezer Development, known for building luxury towers with name brands, including six Trump-branded buildings in Sunny Isles Beach, north of Miami Beach. 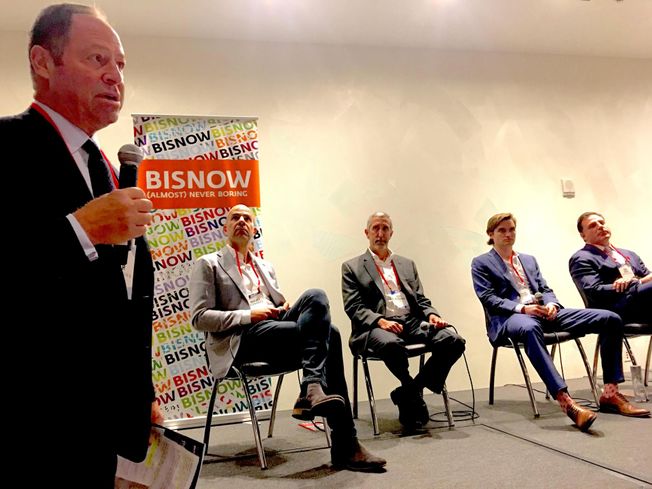 A 308-unit luxury tower, Residences by Armani/Casa, that he's now completing with Related Group "is doing two, three sales per month, and we have about 45 units left left to go. So we have 15 months until sellout," Dezer said.

Several developers cited high land prices, skyrocketing construction costs and tariffs as factors that have put a huge damper on the condo market, which has boomed since 2012 but has now slowed significantly. Reports by CondoVultures say that nearly 13,720 Miami-Dade County condos, representing 14 months of supply, are for sale. In the luxury segment, there is two year's worth of inventory on the market.

"The dollar has gotten so much stronger over the past seven years that Latin American currencies don't have purchasing power," Sextant Stays Manging Partner Andreas Geovanis said, adding that domestic buyers are priced out. "We haven't seen a lot of wage growth."

Paramount Ventures CEO Dan Kodsi, a partner in the $3B Miami WorldCenter, said while he has lived through many cycles, he probably wouldn't start a new condo project until at least 2023. 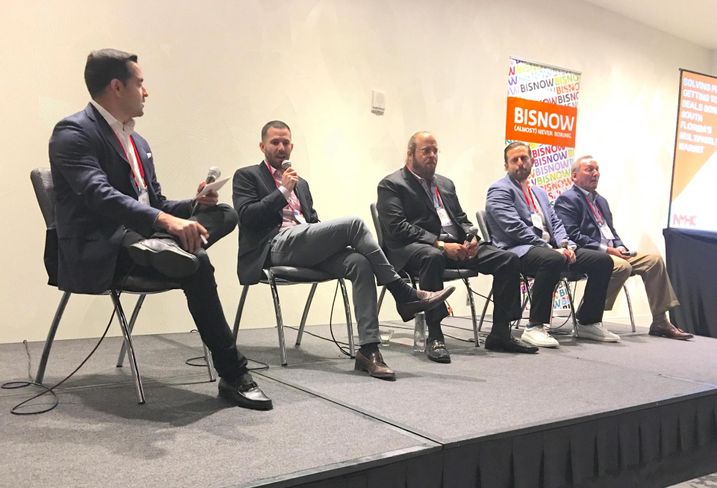 Newgard Development Group CEO Harvey Hernandez said that there will always be something of a market for marquee projects in urban centers, but those projects in the near future will have to shrink.

"When we're talking about masses and we're talking about buildings that are 300, 400 units in size, in my view, that business has changed forever," Hernandez said. "There might be one project every couple of years that gets built to fill some of that remaining demand. But I don't see it returning in ways that that we saw before, not even before 2023. The product has to get smarter and the product has to get more progressive to basically fulfill a need for this current buyer today."

Dezer said some of the most recent condo towers that broke ground "probably shouldn't have."

"I can tell you that where we are with Armani, and [competitors who began building at the same time], we didn't sell out these buildings, but we're 85 to 90% sold, which means the project is in balance," Dezer said. "The remaining inventory is profit, so we can afford to sit there and sell it out slowly, one by one, until we get our money. But there are some projects that — I'm not mentioning names — that they're developers basically building on spec, these monstrous towers." 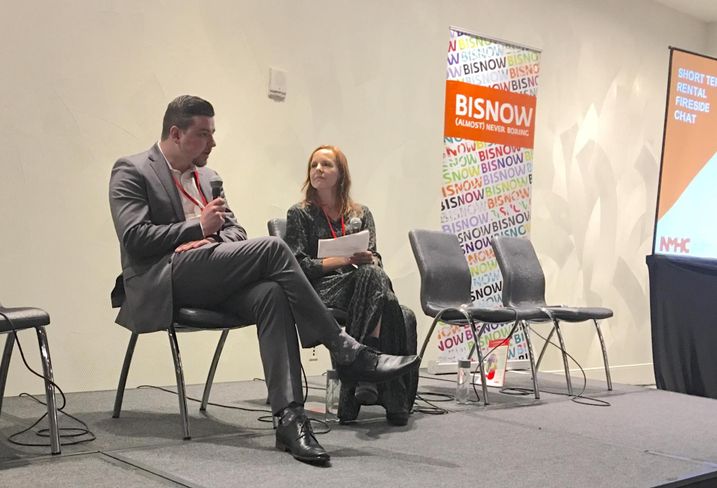 Among the most recent groundbreakings was the Aston Martin Residences, a 66-story all-condo tower that started construction this summer where residences range from $750K to a $50M triplex penthouse.

"The smartest guys in town, they just haven't gone," he said. "Cause you can't, you know, for lack of a better analogy, you just can't swim upstream. You can't force the market." 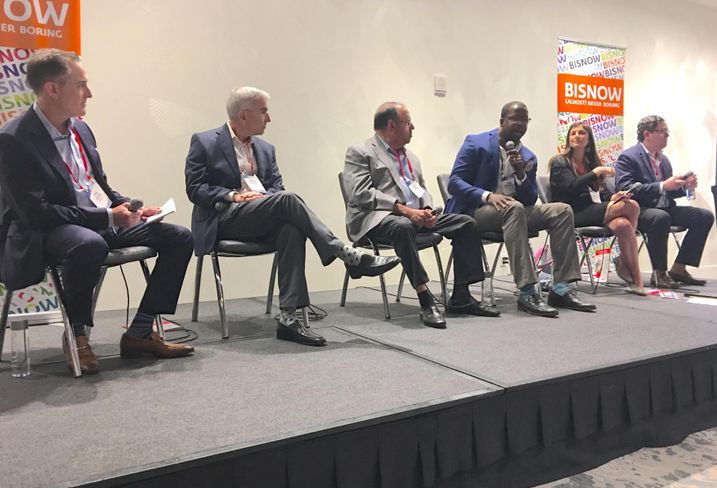 Shear added that insiders can tell when consumer habits change.

"We'll feel it before the press knows it, because brokers will start calling [Dezer], and he'll know it in that minute and the world won't find out until months later. But that's what makes a good developer. They'll move quick," Shear said.

"If you were to graph it, there's this perfect situation. 2012 was the cheapest year to build in Miami because every lender was like, 'You're nuts. You're stupid. We're in a recession.' But Gil knew it, I knew it, and we were launching at the same time and sales were skyrocketing while costs were still holding. 2015 was a terrible year, 2016 even worse. Costs were at the peak and sales were like tipping over the curve." 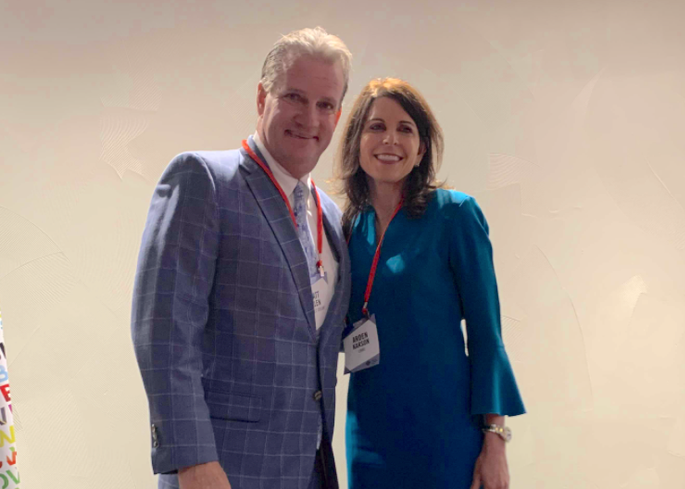 Dezer said the timing of his Porsche Design Tower, which opened in 2017, "was like lightning in a bottle. We sold 130 units at over $5M each."

"So what we did there, I don't think we can do again," he said. "It was really timing in the market — 2012 coming off of a recession after an economic crisis. Those who had money had money, and they weren't financially sensitive, and those who didn't, we weren't looking for them." 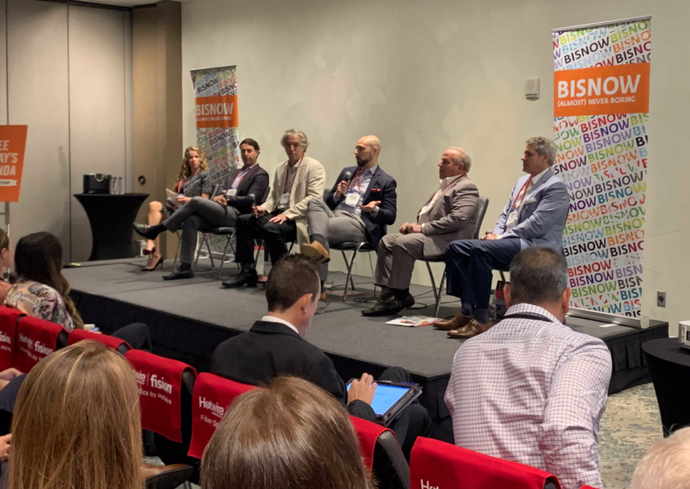 "New York's such a worse place than Miami right now, and nobody's talking about it because there's a bunch of friendly foreclosures happening quietly or LLC purchases," Shear said. "Because in New York, you have to deal with the [Attorney General], which is different than in Florida. And once it goes public in New York, it's cooked. So a lot of things happen behind the scenes.

"But New York is so over the hill on land purchases from condo buyers because the scales are bigger and the dollars are bigger," he added. "There's no pre-sales, no private launch and like the cost basis was $2,500/foot with zero sales and now it's coming to roost and they haven't sold a lot of the condo units, and it's a huge problem."

Dezer said that savvy developers can start thinking of the next cycle — they just have to be careful not to overleverage.

"When 2007 happened, 2008, I got stuck with 900 apartments in the downturn," Dezer said. "Because our cost was right, because we weren't overleveraged, we had tons of equity in the land and we were able to save the project. In 2011, I was able to pay back all my lenders. I paid back $475M in 2011. I remember, we brought Donald Trump down to burn the mortgage because we wanted to make a lot of noise and let everyone know we paid off our loans. And what that did was, it paved the way for us — at the Porsche Design Tower, we were the first loan that was closed post-crisis in 2012 or 2013 for $250M. So, just don't overleverage yourself and keep good credit, and people do pay attention to that and they do reward you for it."