At a Bisnow event around the future of Sunny Isles and North Miami Beach last week, jabs flew between panelists as though they were leading a comedy roast instead of a real estate roundtable. 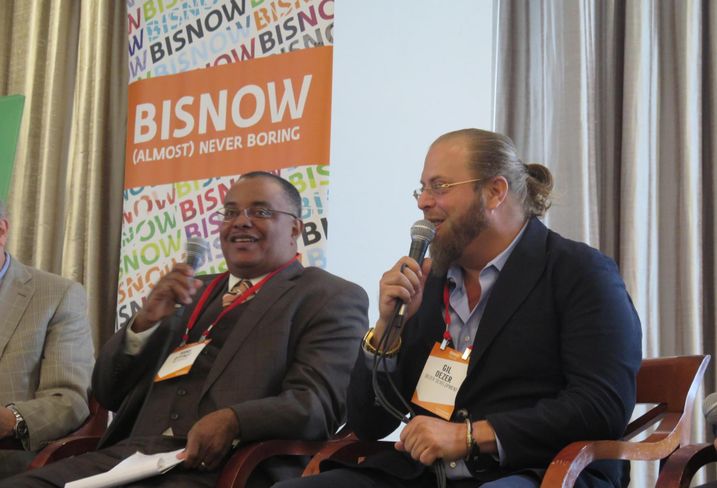 The city of Sunny Isles Beach, just north of Miami Beach, is in the midst of a battle over its future. In the past 15 years or so, massive towers — including six Trump-branded ones — have risen along the beachfront, while across the street to the west, development has remained mostly low-slung. Whether more height and density should be allowed there has residents of this "$11B sandbar," as it is sometimes called, up in arms.

The tension was evident on stage at the event last week. Developer Gil Dezer, whose company, Dezer Development, has been the driving force behind the towers, sat next to Hans Ottinot, the former city attorney who is now a vice president at RK Centers, a shopping plaza company.

The owner of RK Centers, Ranaan Katz, is the main landowner in the affected area and opposes more development allowances on the west side of the beachfront's main drag, Collins Avenue — or as Vanilla Ice famously called it, "A1A, Beachfront Avenue!"

Dezer, who owns numerous parcels in the area, including the nearby Intracoastal Mall, said that there was a huge demand for restaurants and entertainment options.

"Fortunately," he said, with a nod to Ottinot, "your client went on the record saying he's never going to build anything other than those little, run-down shopping centers across the street."

He added that he would capitalize on that with new retail options, since "[RK Centers owner] Raanan Katz is committed to not invest any more money in Sunny Isles Beach." The audience roared.

"Maybe I should sit between you guys," quipped Fortune International Group CEO Edgardo Defortuna, who is developing a Ritz-Carlton in Sunny Isles.

Ottinot let the audience know he has "seen Gil eat at El Tropico across the street [in an RK plaza]."

"It's the best Cuban food in this area," Dezer replied. "That's why it can never go."

As Bisnow reported in August, Sunny Isles was for decades home mostly to small businesses and roadside motels, but in recent years, has allowed numerous brand-name towers — including Armani, Trump and Porsche-branded buildings, which are all Dezer projects.

Back in 2004, the city wanted to encourage development on the west side of Collins, in the so-called Town Center, so it gave property owners there additional development rights. Its efforts ended up creating a discrepancy between the comprehensive plan and the zoning code.

Only in December, when a company called Global Property Investors Real Estate Group proposed Infinity, a 15-story, 330K SF mixed-use development in the Town Center, did current city officials and staff move to fix the mismatch by amending the comprehensive plan.

This caused an uproar, as local critics, already upset by long shadows from the towers and increased traffic, feared the change could ultimately allow 9,000 new hotel and residential units. RK Centers, which operates major shopping plazas in the Town Center, has been against the amendment. Sunny Isles Beach has declared a moratorium on development in the area until it decides how to move forward. 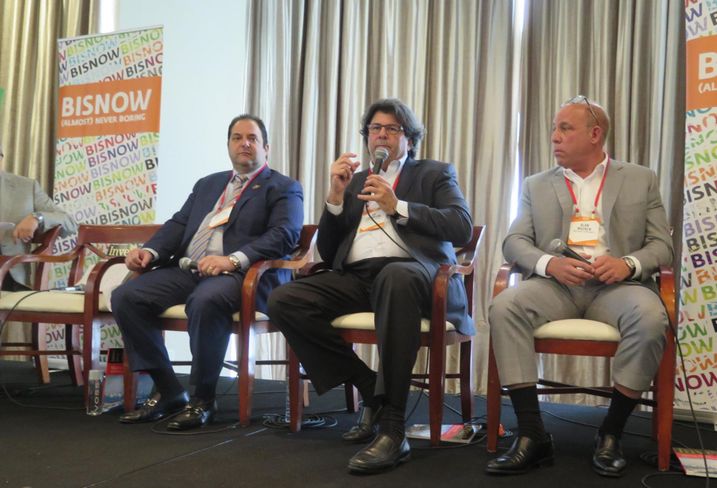 Ottinot said the city population on the west side is 23,000, and the average household income is $52K.

"Gil is way above that," he said, a nod to the multimillion-dollar units in Dezer's buildings. For the average citizen, "Raanan Katz is considered a hero."

The city has been, and should be, flexible on the east side, Ottinot said, but neither Katz nor residents want intense development on the west side because they don't want a concrete canyon along Collins Avenue. He recalled a time when he was city attorney and Dezer called him complaining about setback requirements. They compromised.

"You understand me better that way," Dezer replied.

Dezer said no significant development had occurred on the west side in 30 or 40 years, and he believes fears of overbuilding were overblown.

"What you're looking at is a community passed over." Impact fees from new development could provide more parks, trolleys and street beautification, he said.

Instead of focusing so much on "the error that wasn't corrected during [Ottinot's] job as city attorney," Katz should craft a covenant promising to never build on his 12 acres, Dezer said. "Then this whole issue goes away."

The fighting among landowners, residents and the government could hurt the growth of the city, Defortuna said. Developers would like to shift their attention to the west side, where they could offer more affordable units, he said.

"The $5M and $10M units we are putting on the east side, the buyers are less and far between now," he said.

Other panelists at Bisnow's event, The Future of North Miami Beach, Aventura and Sunny Isles, talked about development in those adjoining cities. North Miami Beach Mayor Anthony DiFillipo said his city is actively trying to lure developers to its International Village district and burgeoning Chinatown. It is also trying to annex an incorporated area called the “doughnut hole,” which would bring the 163rd Street mall within its borders.

Other panelists talked about the demand for real estate in Aventura. Seritage Growth Properties Senior Vice President of Leasing Meghan Kruger talked about Esplanade Aventura, which will soon be home to high-end restaurants and a Pinstripes bowling and entertainment concept.