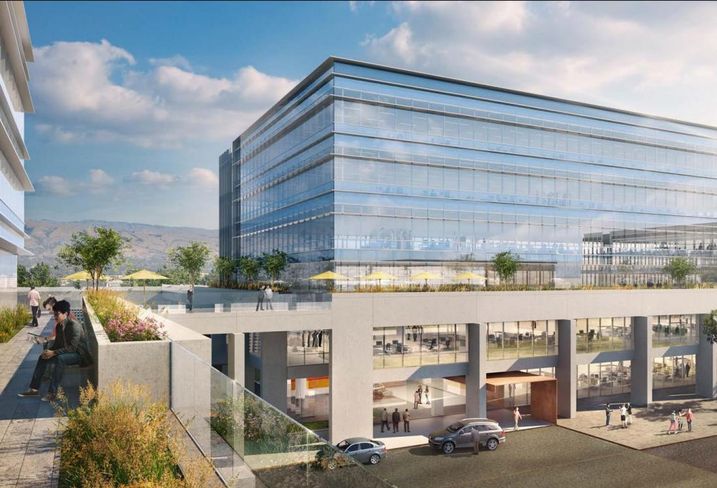 Roku is moving its headquarters to Hunter Storm’s Coleman Highline project in San Jose. In one of the largest leases of the year in Santa Clara County, Roku has leased 472K SF across four different buildings at the mixed-use complex, the Bay Area News Group reports.

The digital media player company currently resides in 200K SF in Los Gatos. Roku’s new lease is for the two buildings at 1167 and 1173 Coleman, half of an office at 1155 Coleman and the entire amenities building at 1161 Coleman. The company also may consider the other three buildings within the project. The newly leased buildings could accommodate up to 2,300 employees, according to the Bay Area News Group.

Roku will join 8x8, which was the first company to secure a lease at Coleman Highline. The tech company signed a 162K SF lease in January, and plans to move into the new headquarters in early 2019. The latest lease brings the complex, which is being completed in several phases, up to a third leased.

Leasing activity in San Jose has picked up in the last 18 months as companies chase after lower rents, large blocks of available space and increased access to transportation. Several large companies, such as Hewlett Packard Enterprise, Bloom Energy and Micron, have signed deals for offices in San Jose this year.