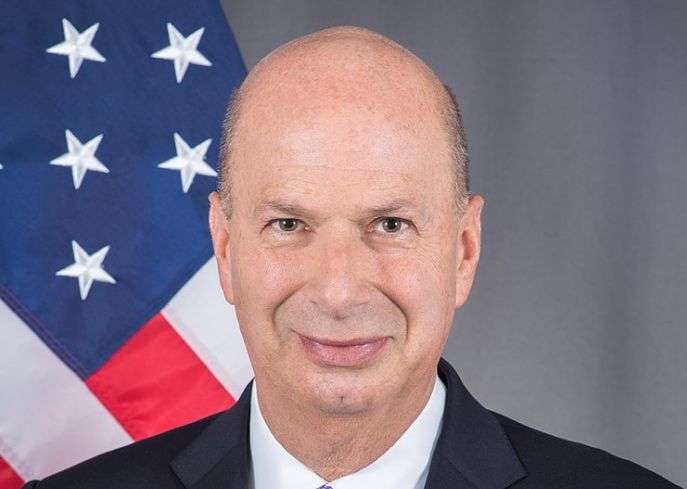 Gordon Sondland, the U.S. ambassador to the European Union, has emerged as one of the key witnesses in President Donald Trump's impeachment hearings.

Sondland is currently under fire for initially testifying that no quid pro quo occurred when Trump requested that Ukraine investigate his political rival and presidential candidate Joe Biden, and allegedly tying that investigation to American aid. Sondland later reversed his testimony, saying the recent testimony of career diplomats had jogged his memory of the exchanges.

Sondland, who has said he had direct conversations with Trump regarding the central issue being examined by lawmakers, is likely to be questioned this week about his changing story.

A Mercer Island, Washington, native, he is also a hotel magnate in the Pacific Northwest with no prior diplomatic experience. He was previously chair of the Oregon Investment Council until 2016, a group which oversees one of the nation's largest institutional investors and its $77B pension fund.

The fund is currently under heavy fire for investing in prisons, as well as in a company that makes spyware, NSO Group’s Pegasus, that was implicated by Turkish investigators in the high-profile murder of Saudi journalist Jamal Khashoggi.

The OIC said earlier this year that it has $250M invested in Prologis Targeted U.S. Logistics Fund, a familiar play for it after placing $500M in Prologis Global Strategic Venture eight years ago.

Sondland is married to Katherine Durant, who is a principal and founder of Atlas/RTG, which is heavily invested in shopping centers throughout the Pacific Northwest.

They have two children, Lucy and Max, and founded the Gordon Sondland and Katherine J. Durant Foundation two decades ago. Their philanthropic efforts have extended to funding programs at Oregon Health & Science University, Texas Scottish Rite Hospital for Children, Duke University and the Portland Art Museum.

The 61-year-old Sondland contributed $1M to Trump’s inauguration committee through companies he controls, but that do not bear his name. Trump later nominated Sondland, who had no prior international government experience, to the role of ambassador to the European Union.

When Sondland returned to Portland on Nov. 5 after testifying on Capitol Hill, he was greeted at the airport by protesters who yelled at him to “tell the truth.” During Sondland’s walk to the luggage carrousel, his only response to the protestors was, “I didn’t change my testimony,” according to KATU2.