How Bellevue Built A City That Amazon Couldn’t Resist

When Amazon announced it was seeking a destination for its second headquarters, or HQ2, cities across the country jumped at the chance to host the tech giant. Economic development committees touted tax incentives and flaunted infrastructure plans to woo the job-generating powerhouse to their neck of the woods.

The neighboring city of Bellevue was no exception. In October 2017, Bellevue submitted a formal proposal pitch to Amazon in conjunction with King County and the Economic Development Council of Seattle. Wallace Properties President and Chief Operating Officer Kevin Wallace, who was then a Bellevue councilman, told the Bellevue Reporter that he believed Bellevue was in as good as position as any city to score the win. 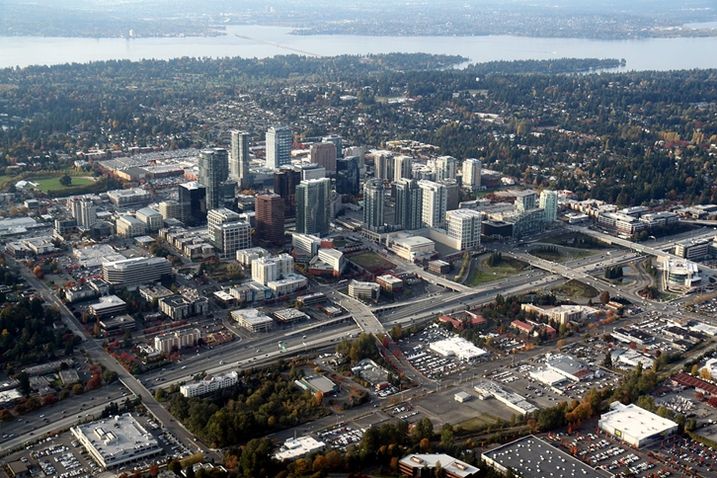 Jelson25/Wikipedia
Bellevue has long been a city in progress. Amazon has taken notice and now plans to move thousands of the jobs to the city by 2023.

Though Bellevue was passed over in a process that has seen its share of excitement over who got HQ2 (and who later lost it), it turns out Wallace was right about the city's appeal. In early April, Amazon announced plans to relocate its entire worldwide operations team, which includes thousands of jobs, from Seattle to Bellevue by 2023.

While the announcement sent shock waves across much of Seattle’s commercial real estate community, Bellevue city leaders took it in stride.

“This is what we’ve planned for,” Bellevue Mayor John Chelminiak said. “I think the challenge now is to stay ahead of the growth.”

Chelminiak, who has been Bellevue’s mayor since 2018 and a city councilman since 2004, will deliver the keynote address for Bisnow’s Puget Sound's CRE Business & Policy Summit on Wednesday. He plans to discuss the importance of maintaining the delicate balance between city leadership and the business community. 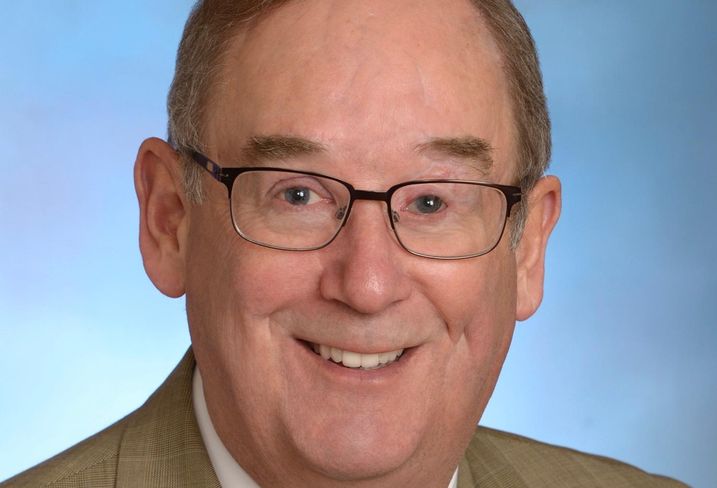 As for whether or not Bellevue leaders were surprised by Amazon's announcement, Cleverly Development Consulting President Carl Vander Hoek echoes Chelminiak’s response.

“No surprises here,” he said. “Many in the business community could see this coming over the last three to four years, starting with Amazon’s lease of office space in the 425 Centre and followed by the announcements of a lease of Tower 333 and the Summit III soon after."

The more recent announcements of Amazon’s purchase of the Bellevue Corporate Plaza at 600 108th Ave. NE and the lease of 715K SF in planned development at the old Cadillac dealership site at 1001 106th Ave. NE were less expected, he said. But they do show that Amazon truly likes what Bellevue has to offer and is trying to achieve an urban campus on the east side of the lake just as Google, T-Mobile, Facebook and Microsoft have, he said.

"This is a natural progression given this phase of growth for the company in order to retain employees and accommodate their workforce needs," he said.

In Seattle, Amazon is credited with building the city’s reputation as a tech hub and driving its unprecedented job growth, office space expansion and housing market. At Bisnow’s Seattle hotel event in February, R.C. Hedreen Co. Vice President of Design and Development Shauna Decker told the audience that Amazon is the Christmas tree on which everyone hangs their ornaments.

Bellevue is already considered a high-tech hub along with the rest of its Eastside neighbors, including Redmond, which is home to Microsoft. Expedia’s plans to leave Bellevue for Seattle initially felt like a setback, but Amazon will now fill that void — and then some.

Chelminiak estimates the city has approximately 7M SF of office space in the pipeline.

Bellevue has been a thoughtful, intentional work in progress since the 1970s. The city developed a downtown plan and made investments in transportation and infrastructure pieces like the Meydenbauer conference center and parks, Chelminiak said. The public school district consistently ranks among the top in the nation.

Bellevue has long tried to stay ahead of the growth. When talk of the future light rail system began in the early 2000s, city leaders assessed the then-mostly light industrial Bell-Red district. They sought to densify the neighborhood around the 130th Street NE station and 120th and 130th streets and improved the road infrastructure that runs through Wilberton, which was known as the old auto row.

“We knew that area was ripe for development,” Chelminiak said. “In Wilberton all the sewer and water pipes run parallel to the light rail. That took some forethought.”

Though the location of buried pipes does nothing for a city’s sizzle, well-located infrastructure ultimately results in ease of movement throughout the area. In the traffic gridlock of the Pacific Northwest, healthy transit systems are very sexy.

Currently, getting in and out of Bellevue is considered one of the region's most gruesome commutes. Rush hour drive time doubles on Interstate 405, its main freeway running north and south.

Yet, the fact that light rail will soon connect the Eastside to the rest of the Puget Sound is promising. 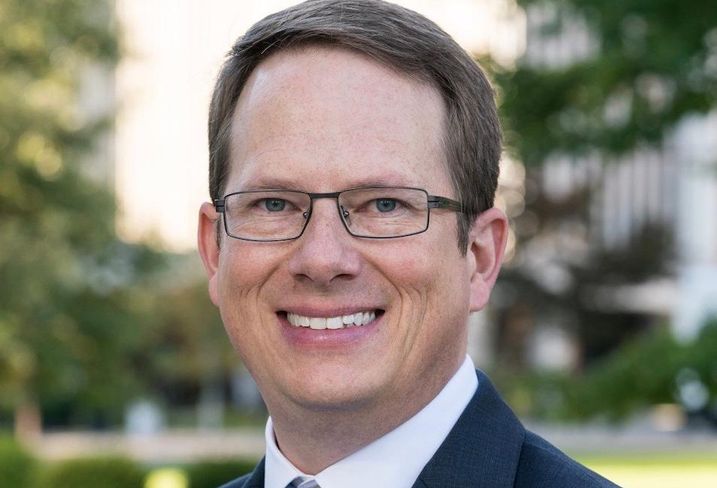 There are thousands of Microsoft employees in downtown Bellevue, as well as large gaming companies and other technology providers.

“We have a very elite profile of innovators here,” Bannon said.

In addition, Bellevue is the region’s premier retail destination.

“That’s one of the cornerstone foundational reasons for our success over time,” Bannon said. “Continuing to sustain an attractive high-quality retail environment has been a catalyst to Bellevue’s growth.”

“The city wants to work with the business community, work on solutions with employers and residents and that has been a differentiator,” Bannon said. “The city welcomes innovative ideas to solve problems.” 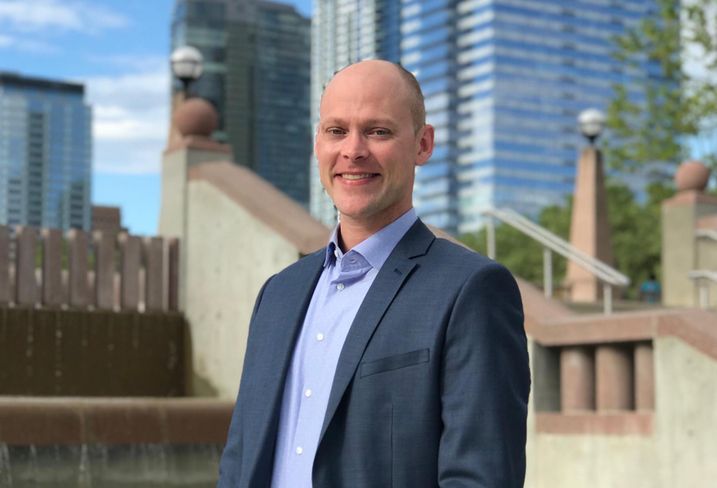 Vander Hoek feels the city still has work to do in terms of infrastructure and housing. Home prices in Bellevue are some of the highest in the state of Washington with a median value of $919,800, according to Zillow.

“The issues of housing affordability and transportation bandwidth are not purely a symptom of large company growth in the area but also due to lack of investment in infrastructure,” he said. “Development of housing supply will hopefully keep up with the growth of large companies in the region. However, the development costs, fees and time to deliver are huge hurdles that contribute to high housing costs.”

"I am hopeful that we can begin to see change in the high housing costs throughout the Greater Puget Sound," he said.

CORRECTION, MAY 20, 10:58 A.M. PT: A previous version of this story had the wrong title for Bellevue Downtown Association President Patrick Bannon. The story has been updated.