Bellevue made national news earlier this year when Amazon surprised the country  by announcing it would relocate its worldwide operations team, and thousands of jobs, to Bellevue by 2023.

Like many other cities around the country, Bellevue had thrown its hat in the ring to become the next "HQ2," but most didn't consider Bellevue a serious contender for a major  Amazon investment because few thought the HQ2 apple would fall so close to its headquarters' tree. 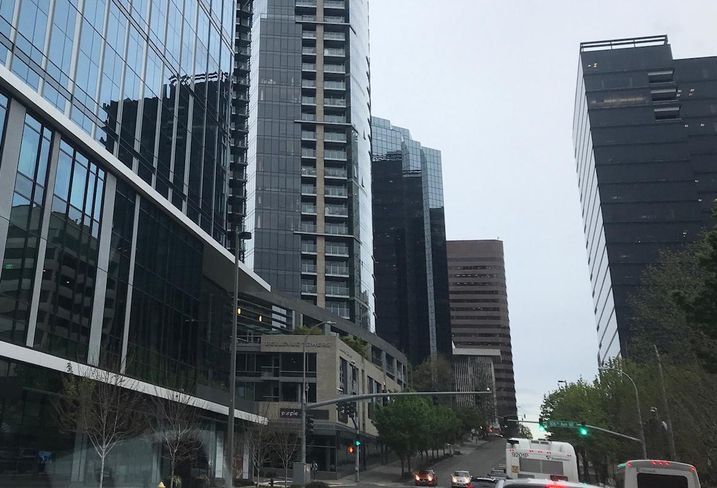 City leaders had long been planned for expansion. Bellevue Mayor John Chelminiak, who will be a panelist at Bisnow’s Future of the Eastside event Dec. 10, told Bisnow that the city had been intricately planning its infrastructure to accommodate rapid growth for years.

“Who would have thought that Amazon would move into Bellevue?” he asked. “We have been poised for growth, but you can never anticipate timing.”

Traffic congests the entire Puget Sound and Bellevue is no exception. The SR405 freeway that connects Bellevue and the rest of the Eastside is frequently clogged, resulting in frustrated drivers and many would-be workers finding jobs elsewhere.

In an effort to ease the congestion, Sound Transit will open a 14-mile East Link in 2023 which will include 10 stations from Seattle’s International District, providing service every six minutes during peak hours.

While Lee said he believes the Link will provide critical transportation options to fuel the region’s growth, he wonders how people will get around once they reach their Link destination. Given that Bellevue is a tech hub, he thinks Bellevue could be one of the first cities to use autonomous vehicles to move people around its nine-block downtown core.

The option would make sense for large tech employers, like Amazon and Microsoft. That, he said, would take cars off the road and eliminate the need for parking.

“Technology can help us,” he said. “This is a tech city. It makes sense.”

Lee also points out that Bellevue has become a minority-majority city and that works to the area’s advantage.

“We need to recognize all these different cultures and use their talents to solve our problems,” said Lee, who moved to Bellevue 60 years ago. “If we can work collaboratively, these people from other cultures can help us think outside of the box. Rather than have the squabbling that goes on among our federal elected officials, we can work together to develop solutions.”

Lee said he believes we all have commonalities that we discover when we connect.

“First, it’s the individuals that connect and come up with solutions, then the businesses catch on and provide the service,” he said. Finally, the government hops on board.

“If we want to be an innovative city, we need the government to help the process, not impede it,” he said.