Tech is taking over San Francisco office. Aggressive leasing for the tech industry marked 2017, with top leases signed by many well-established Bay Area tech companies, such as Facebook, Amazon, Google and Dropbox. 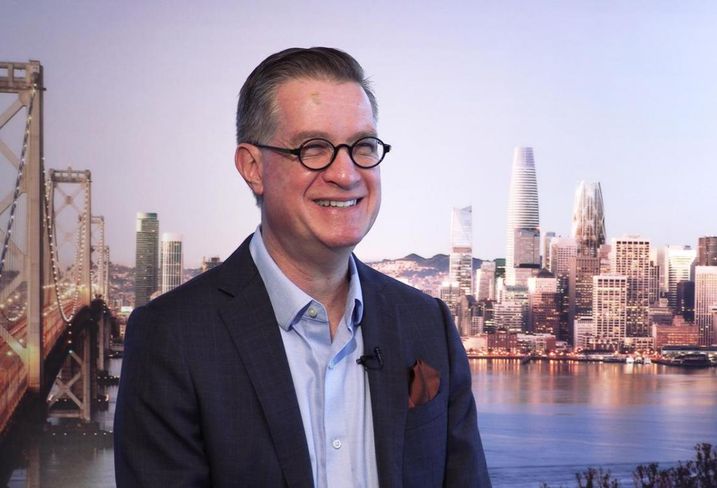 “It was one of the strongest years ever recorded regarding leasing in San Francisco with tech tenants, in particular, signing for mega-blocks of space,” Cushman & Wakefield Senior Director, Northern California Research Robert Sammons said.

Tech companies signed well over 3M SF of leases in 2017 with seven tech companies signing new leases for over 150K SF totaling over 2M SF. Last year was the fourth-most-active leasing year on record, according to Cushman & Wakefield, with only 1999, 2000 and 2014 coming in with slightly higher leasing activity.

The South of Market neighborhood was particularly active overall with over 2.3M SF leased out of the 8.7M SF in leasing activity during the year, according to Cushman & Wakefield data. Overall Class-A asking rent as of Q4 was a little over $78/SF, the highest asking rent of any neighborhood in San Francisco.

While 2017 reported significant lease activity, a majority was pre-leases at properties under construction, Sammons said. This means 2018 will be marked by significant net absorption, the net change in occupied space, and a shift in the vacancy rate, which held steady during the year, as these new tenants begin occupying their new offices.

Asking rent rose in 2017 and was more reflective of the impact of these lease transactions with rents for new construction topping $80/SF. 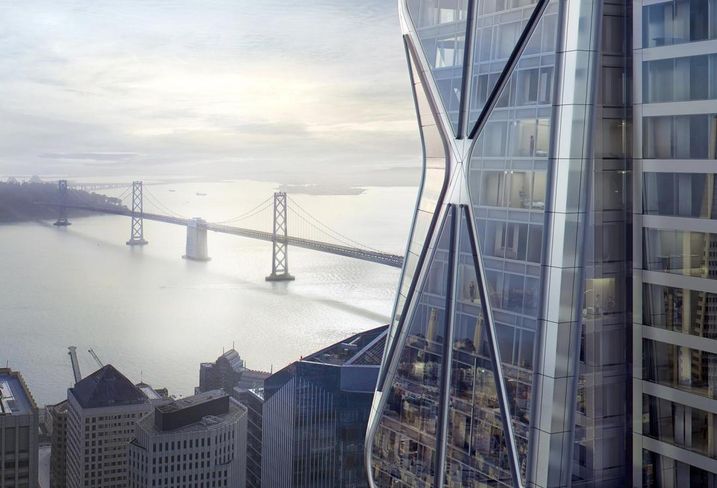 While fewer large blocks of space will be available this year, with the exception of Park Tower and Oceanwide Center, the demand for space will continue. Economic expansion appears to be continuing into 2018, Sammons said.

“The San Francisco economy would seem to reflect the same [ongoing expansion] with large tech companies still desiring to expand locally despite difficulties in hiring with a slowdown in move-ins to the region due to the cost of housing and transit woes,” Sammons said.

There has yet to be significant movement from tech companies out of the Bay Area despite these challenges, Sammons said. While some startups are pushing back on rents that are reaching Manhattan levels, many jobs will remain in the region as companies shift to Oakland and elsewhere with cheaper rents.

“It’s not that these issues [of] housing, transit, CRE costs don’t matter,” Sammons said. “It’s that there continues to be a massive amount of employment talent in the Bay Area — for now.”

Sammons said following the death of Mayor Ed Lee, who was pro-business, it still remains to be seen if and how new leadership in the city will have an impact on development.

Check out the biggest tech leases in San Francisco below: 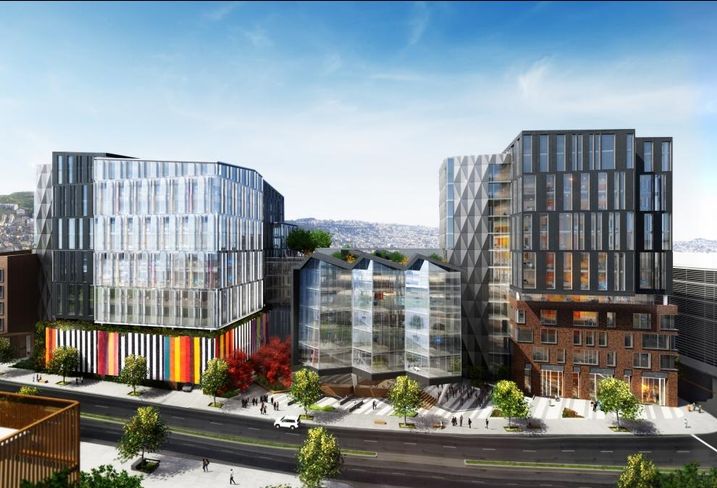 Dropbox’s 15-year lease for the entirety of The Exchange on 16th became the largest lease ever inked in San Francisco. The four-building complex is under construction in Mission Bay. 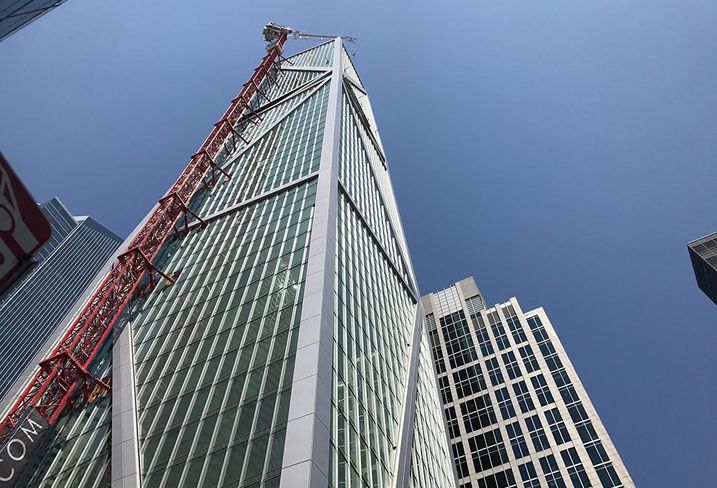 Facebook set the tone for the last half of 2017 with its lease-up of all of 181 Fremont’s office space, only to be overthrown by Dropbox’s mega-lease a few months later. The office can hold up to 3,000 employees and will function as an additional office for Instagram, which is headquartered in Menlo Park. 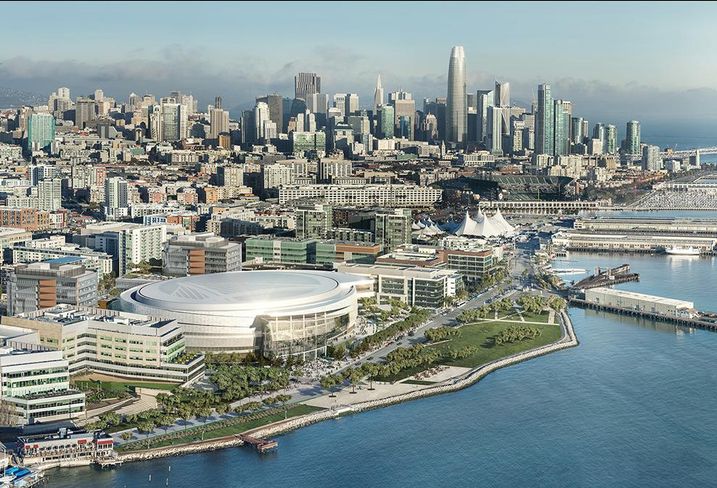 Uber was particularly active this year, selling its Uptown Station building in Oakland and focusing on consolidating its headquarters into a new Mission Bay campus. The ride-sharing company bought an equity stake in the under-construction 580K SF office next to the Chase Center and plans to initially take about half of that space. It also has the option to expand into the rest of the space before the end of the year.

The company also will develop a 422K SF office at 1455 and 1515 Third St. that is expected to be ready for occupancy in 2020. These sites will give Uber about 1M SF of contiguous space. 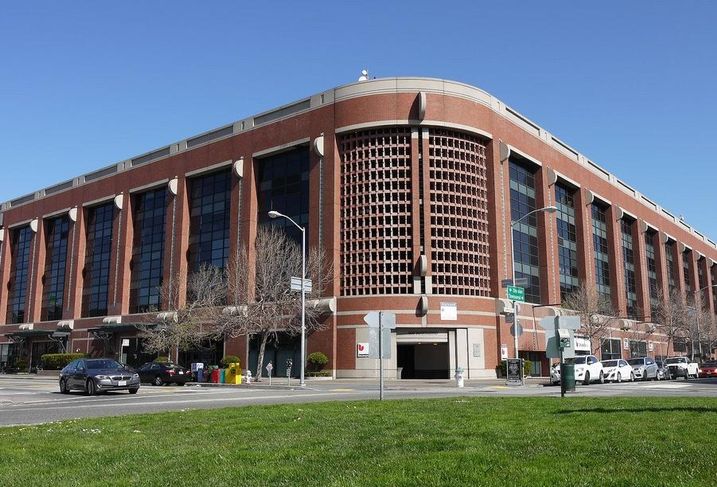 Airbnb added several leases to its portfolio as it continued to create an urban campus around Showplace Square in San Francisco. It leased about 370K SF during 2017, including 82K SF at 650 Seventh St., which was leased during Q4. 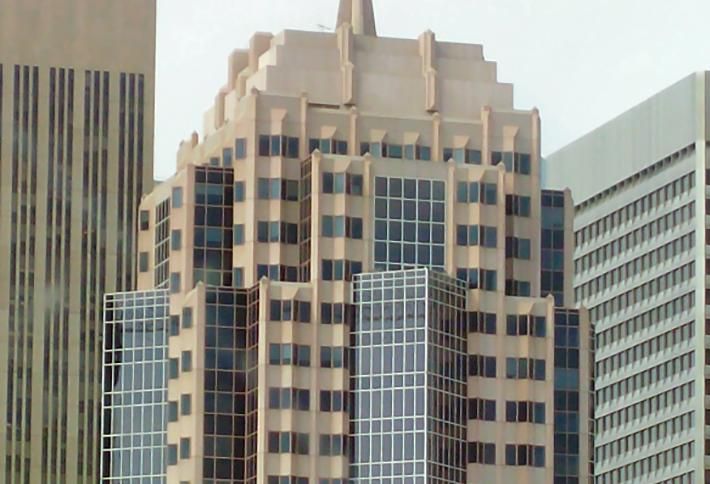 Brokers: CBRE (for Kilroy) and Colliers International (for Okta)

Okta signed a 10-year lease just a few months after its initial public offering in April for a new company headquarters at this Kilroy-owned office building. It will replace Delta Dental’s 188K SF lease set to expire during the second quarter. 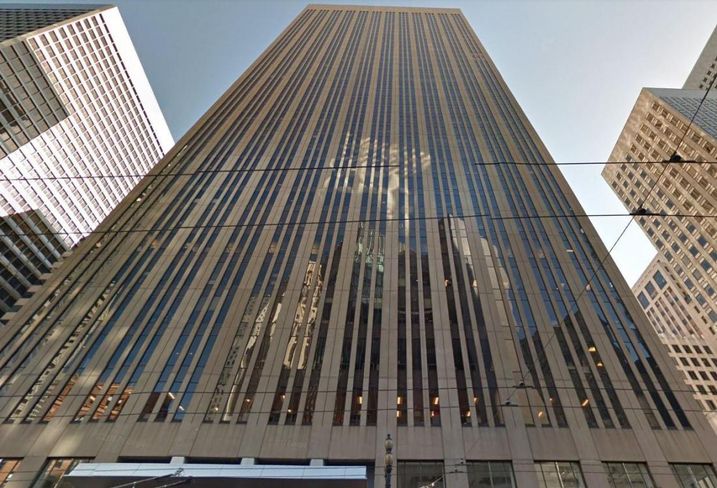 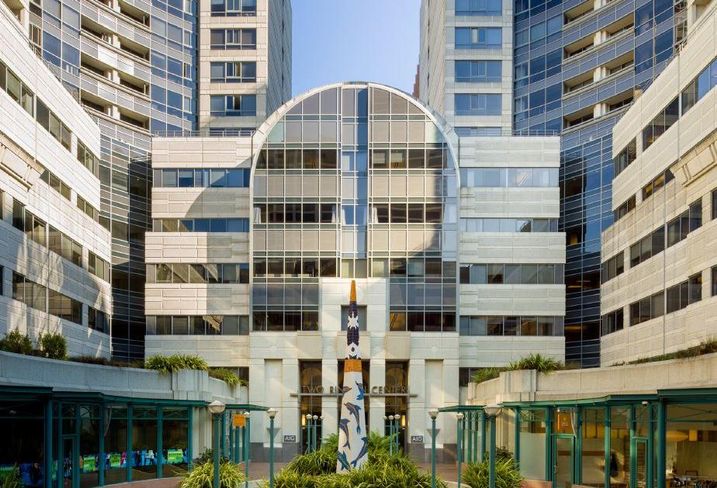 Google signed a 10-year lease at the Rincon Center II and became Hudson Pacific’s fifth-largest tenant. Google occupies about 724K SF in San Francisco. It also is rapidly expanding its CRE footprint with land and office purchases throughout Silicon Valley. It is planning to build a massive campus in Downtown San Jose.

CORRECTION, JAN. 9, 2:25 P.M. PT: An earlier version of this article incorrectly stated Dropbox's total office lease at The Exchange on 16th. The article has been updated.