Coalition Calls For Plan To Get California Buildings Off Fossil Fuels

A coalition of energy providers, cities, environmental groups and those in the building trades is calling for California to take its next step in battling greenhouse gases by targeting buildings. 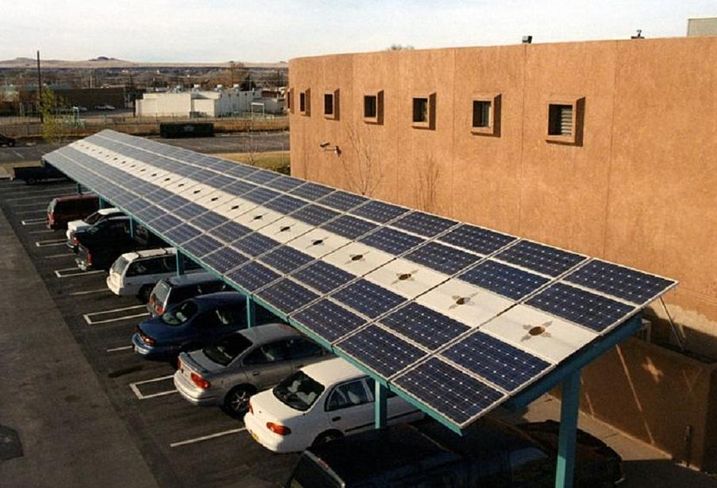 The Building Decarbonization Coalition released a plan Tuesday that calls for a reduction in emissions from homes and buildings to meet the state's climate goals by focusing on all-electric buildings powered with renewable energy.

“Building emissions spiked 10% nationally in 2018, driving one of the largest national emissions increases in decades,” Building Decarbonization Coalition Director Panama Bartholomy said in a statement. “Yet even here in California, the nation’s climate leader, there is no plan in place to address these emissions, the source of 25% of our climate pollution.”

The coalition put forth its plan as a call to Gov. Gavin Newsom to create a task force that would review the state's goals and the building decarbonization plan.

California has ambitious goals for reducing emissions in the state, with a set goal of being carbon neutral by 2045. But these goals are already challenged by rising transportation emissions and the increased frequency of wildfires.

In 2016, building energy use was responsible for more than 26% of statewide greenhouse gas emissions, according to the coalition's report.

While there have been efforts to build net-zero energy and increasingly sustainable buildings in the state, the coalition argues those efforts are not enough without a broader plan. Residential buildings create about two-thirds of the state's building emissions, and commercial buildings account for the rest.

Already, there are some efforts underway at different levels of government. The California Public Utilities Commission is developing new programs required by SB 1477, with $200M in funding, that will help move new and existing buildings away from the use of natural gas to employ heat pumps, solar thermal heating, energy efficiency and energy storage.

Decarbonization is also part of the conversation around the Green New Deal being discussed in Washington, D.C. One of the points in the resolution is to upgrade all existing buildings and build new buildings to "achieve maximum energy efficiency, water efficiency, safety, affordability, comfort, and durability, including through electrification."

The Building Decarbonization Coalition's plan calls for cutting building emissions by 20% in the next six years and 40% by 2030, and to adopt zero-emission building codes for residential and commercial buildings by 2025 and 2028, respectively.

The plan recommends new electric buildings, retrofitting existing buildings so they no longer rely on natural gas and making appliances such as electric heat pumps, induction ranges and clothes dryers more available and affordable. It also calls for state and local governments to create policies, financing and programs to help move buildings to being zero-emission.