Beyond Cherry Hill, Concerns For South Jersey CRE In 2018

Southern New Jersey is benefiting as much as any region in the country from the white-hot industrial market, but its other commercial real estate sectors are a mixed bag heading into 2018. 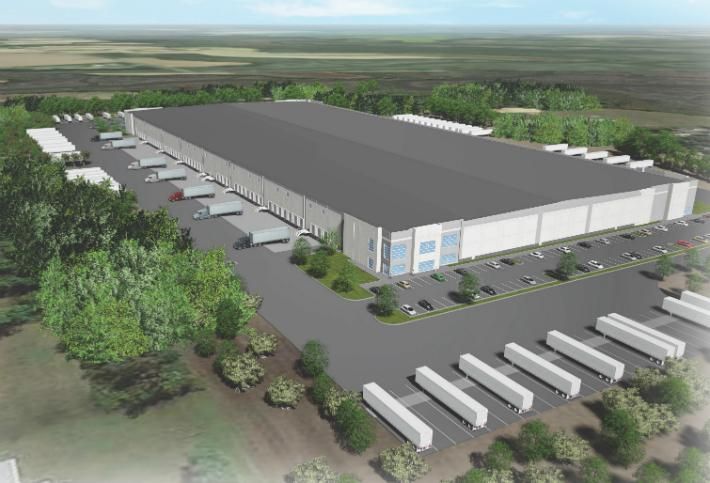 According to a market report by Colliers International, vacancy in South Jersey industrial buildings was 4.6% in the fourth quarter, lower than Northern Delaware, the Lehigh Valley and every submarket in the Philly area besides Bucks County.

Though speculative space is getting built as quickly as the permitting wheels of New Jersey government can spin, it is being leased so quickly that vacancy is pretty much as low as it can get.

The Lehigh Valley’s central location is unbeatable for distribution companies looking for huge warehouses, but the region is running out of land to build such facilities, as well as labor to staff them. For those without the need to ship from the East Coast all the way to Chicago, South Jersey is the place to be, and buildings are getting snapped up by tenants as a result.

On average, spec industrial buildings in the area have been 25% leased by completion, and the longest a building of that type has remained available in the past two years is three quarters, according to Isdaner. Demand drivers like e-commerce and access to New York should remain consistent or better, but Colliers predicts 2018 to be a step back for South Jersey, if only due to the realities of the development cycle.

“A lot of the large requirements have landed,” Colliers Market Researcher Rose Penny said. “We may have a little while longer, but I don’t think these levels of construction and absorption will continue.”

The office market could have a better 2018 than 2017, according to Penny. Though healthcare remains the only industry significant enough to qualify as a demand driver in South Jersey, mergers and acquisitions, like Jefferson’s takeover of Kennedy Health, prevented any networks from having the stability to take new, major blocks of space in 2017. 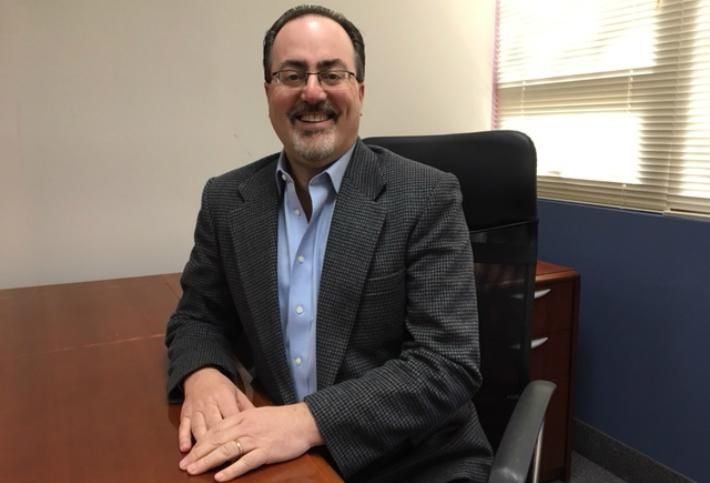 Though it would be a surprise for any such major healthcare activity to pick back up in 2018, last year saw some organic growth from companies based in South Jersey, leading to smaller expansions across the market. Colliers expects that momentum to continue into this year, which could chip away at the area’s vacancy numbers that are already lower than Philly’s Pennsylvania suburbs.

“It’s a more compact market in South Jersey,” Penny said. “We really didn’t see any of the large new leases like we did in the PA suburbs, but those deals often meant companies leaving blocks of space in previous locations, which left vacancy flat.”

The big exception could be Subaru, which is moving into a large new headquarters in Camden from its current digs in Cherry Hill. According to Penny, the vacancy may not hit the market until 2019, when it could turn into a redevelopment opportunity.

If there were any submarket well positioned to deal with such a vacancy, it would be Cherry Hill. Across all sectors, it remains the commercial real estate jewel of South Jersey. It is the only submarket that has seen positive absorption in retail over the past year, while the rest of the region has suffered from the same conditions as the national retail market.

“The [Cherry Hill Mall] has been doing well and continues to be a magnet, and shopping centers are doing well around it,” Penny said. Elsewhere in retail, “It’s going to be a rough year. The question is how much bleeding there is going to be.”

JCPenney, Sears and K-Mart have not announced any closure plans for their South Jersey locations, but Penny worries it could be only a matter of time. And with the size of those stores, one vacancy can affect the entire region’s numbers. 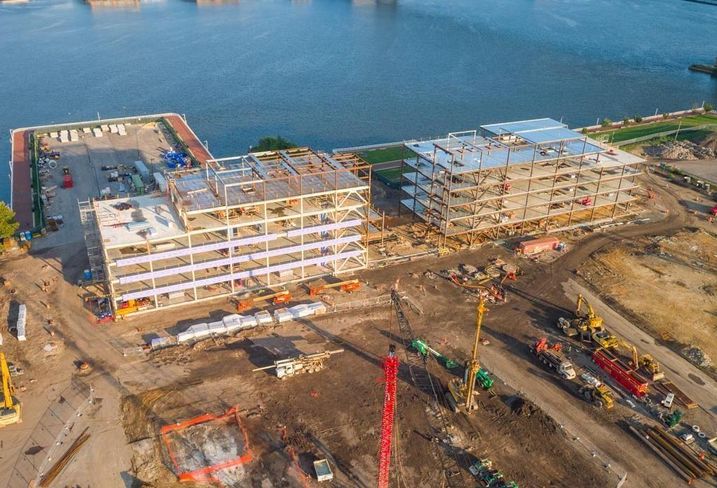 Courtesy: Philly By Drone
Camden's waterfront office buildings, under construction as of August 2017

Though few, if any, multifamily buildings are in the pipeline in South Jersey, there remains strong capital and debt interest in the area, also focused on Cherry Hill. Two transactions closed in the fourth quarter for apartment buildings constructed in the early 2000s in what HFF Director Fran Coyne called “probably the top South Jersey market.”

“It’s down to highway accessibility to both the Turnpike and Interstate 295, and it’s easy to get into Philadelphia,” Coyne said. “There’s great retail and large employers in the area, and there’s a lot of demand for that [combination].”

There is not a development pipeline to speak of in South Jersey multifamily, but Coyne expects some investors to make value-add plays in the area in 2018, which would update some of the housing stock. For landlords, better — and not more — apartments bring welcome predictability.

“I think we’re going to see some rent growth in 2018, because there’s not a lot of supply, and occupancy will remain strong,” Coyne said. “For the most part, the South Jersey market is pretty tight to begin with as far as vacancy goes, and it will remain tight.”

If there is to be any major change in the region, it is more likely to be in 2019 than 2018, and most likely of all to be in Camden. Subaru’s move and the office construction on the waterfront could bring development interest in multifamily and retail to a city where current levels are at just about zero.

“There’s very little product in Camden, so I think there will potentially be some development deals,” Coyne said. “That will be contingent on people being able to structure some sort of financing deal with the local and state governments to get a project built.”