South Jersey's Multifamily Market Is Great, As Long As You Don't Build Anything

Multifamily buildings in South Jersey are performing well and trading at rapid rates, but according to panelists at Bisnow's Sixth Annual Future of South Jersey event, that does not make the development environment any easier. 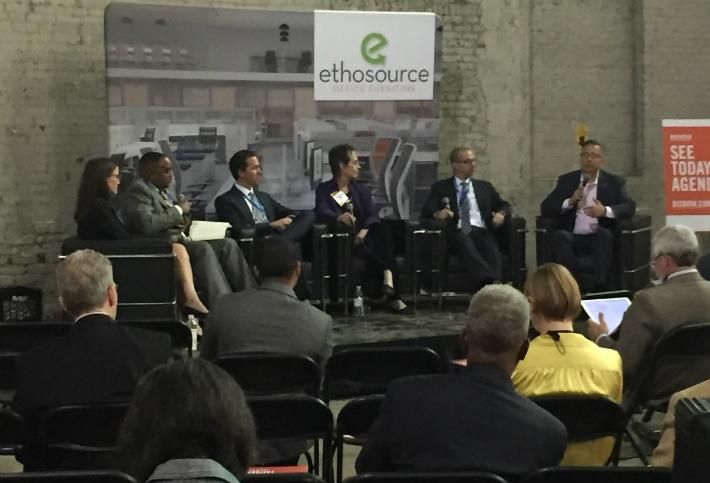 “We have historically low vacancy rates, occupancy at 98%, bad debt collection is very low, owners are able to refinance their properties and put money back into them physically,” Weilheimer said. “You have such demand from buyers that the supply is not there.”

The scarcity of supply has driven prices up, but the gap between the southern part of the state and in Central and North Jersey, where buildings regularly sell for more than $100K per unit, remains significant. That keeps South Jersey on investors’ minds as a value play.

“Everyone’s looking to add value, and South Jersey has that value-add component in market-rate deals,” Weilheimer said. “You could pick up properties for $50K, $60K, $70K per unit in South Jersey.”

With the investment market strong and rents rising “in bumps, not jumps,” according to Weilheimer, the market seems to be indicating that it would support new multifamily construction. But the property tax environment is so restrictive that any new construction is largely dependent on ways around paying the tax bill, like the New Jersey Economic Development Authority’s Payment In Lieu Of Taxes (PILOT) program and Economic Redevelopment and Growth tax discounts.

While many associate incentive programs with affordable housing projects, Weilheimer called PILOTs “uber-important” for market-rate developments. To some, the Rowan Boulevard development by Nexus Properties in downtown Glassboro is an example that towns in the area can have bustling downtowns that drive demand for multifamily properties, but even though the borough itself bought the 26 acres on which the development sits, Nexus Properties still needed help.

“[Rowan University’s] need for housing spaces really took off, and without the ERG, we could have never achieved the scale of this project,” Nexus Chief Operating Officer Dante Germano said.

Such dependence on tax breaks means a sweeping tax cut such as the one proposed by President Donald Trump would have an outsized impact on South Jersey. While the Low Income Housing Tax Credit program has been spared from the cuts, some of what has been proposed is startling.

“They’re talking about a 15% tax rate, which is nonsense because math is math, and you can’t do that without tripling the deficit,” Eastern Pacific Development President Hans Lampart said. “Still, the threat of that has just plummeted the market. It’s now stabilized, and most people feel that the market has stabilized.”

Another proposal that would have a severe impact on multifamily construction in South Jersey is an amendment to the PILOT program being mulled in the state legislature, which would require that any development using PILOTs would be required to pay the prevailing wage for its laborers, an average increase of 20% to 30% to wage costs due to union labor’s lessened market share in South Jersey compared to farther north, according to Lampart.

“There’s no real benefit to that requirement, and it just prices [new development] out of feasibility,” Lampart said.

Neither the PILOT amendment, nor the Trump tax plan, are set in stone, but the prevailing winds seem to be blowing against new multifamily construction in South Jersey. If a developer can manage to build one, such as Nexus’ planned 100-unit, market-rate development adding on to Rowan Boulevard, demand figures to be high.

“The demand for the 114 market-rate units so far in Rowan Boulevard has been insane,” Germano said. “We’re leasing them as fast as we can turn them over.”