South Jersey Multifamily Is A Legitimate Part Of Philadelphia's Story

Separated by a river and a state line, Philadelphia’s suburbs in South Jersey are the collective little brother of the more affluent towns on and around the Main Line. They likely will never overtake their counterparts in the west, but they are not exactly being left behind. 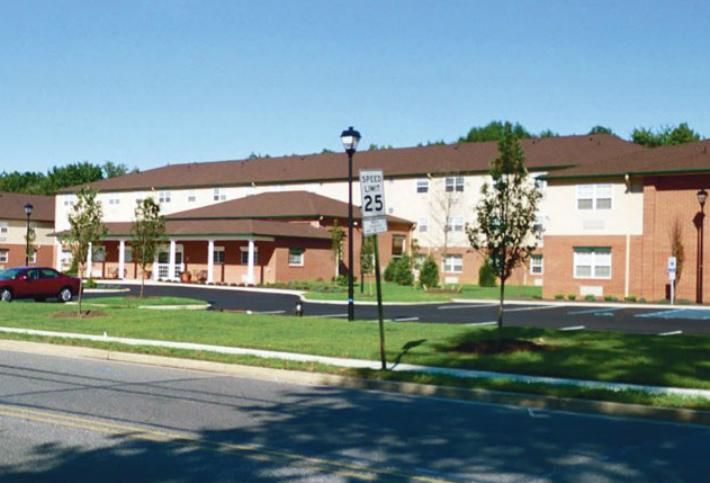 Cherry Hill stands alongside King of Prussia as one of the last safe bets for retail in the region, albeit at a more reasonable price point. Along with nearby Mount Laurel, it also represents the most significant destination in South Jersey for office space and market-rate multifamily projects.

Though New Jersey is notorious for being car-driven, projects like the recently opened Garden State Park aim to create a more walkable community by combining rental apartments, condos, townhomes and retail. If there is to be a live-work-play community somewhere in the South Jersey suburbs, Cherry Hill would be the place.

But Cherry Hill and Mount Laurel's most fertile areas for development do not have quite the same home values, historic construction or preservation as Philadelphia's trophy suburbs, which caps just how much can be built.

But South Jersey does have something that Philly's Pennsylvania suburbs do not: a city of its own. Camden may carry a toxic reputation for some, but state subsidy programs have sparked massive investment in the Camden Waterfront project, with office, hotel and multifamily components in the works. 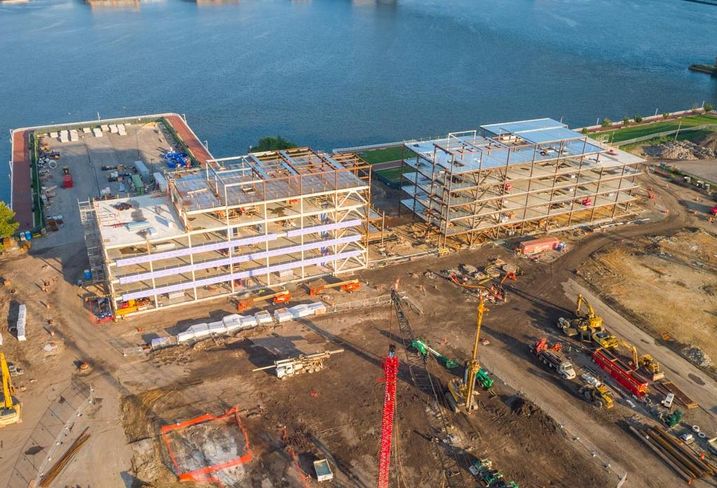 Philly By Drone
A drone photograph of the Camden Waterfront under construction on Aug. 13, 2017

“Camden’s got a long way to go, but there’s significant job growth now and multifamily is going to come," Coyne said.

For those willing to find it, Camden is currently flush with affordable housing, a condition that one waterfront project, no matter how massive, is unlikely to change anytime soon. In the suburbs, however, affordability is a concern even without large amounts of market-rate multifamily housing.

“There’s obviously always been a need, but the realistic way to address that need — a lot of municipalities in South Jersey have ignored that for many years,” Eastern Pacific Development President and CEO Hans Lampart said.

Though the State of New Jersey has had minimum affordable housing requirements in place for decades, Gov. Chris Christie's administration gave no impetus to individual towns to actually meet the standards set forth. State courts took the power to enforce affordability standards for themselves in 2015, and began a more earnest push for more affordable units.

Although towns like Winslow have met the new affordability standards, more well-off communities like Cherry Hill, Mount Laurel and Egg Harbor Township (which is over 1,000 units below court standards) have a lot of catching up to do, made all the more difficult by the rising prices of rent and construction throughout the region and country.

“[Egg Harbor] has not done any affordable housing in 25 or so years," Lampart said. "Recently, they’ve done three affordable projects, one of them senior housing ... They’re slowly starting to accept the reality of their obligation.”

Although affordable housing is always a challenge, the support of state government signals an opportunity for those looking to build in the space and an alternative for affordability seekers looking to stay within commuting distance of Philadelphia.

"Philadelphia is beginning to outprice a lot of folks as well, so they’re in the wheelhouse of the renaissance of Camden," Lampart said. “The affordability level from Philadelphia out has just started to push the market south.”