The fastest-growing co-living company is coming to one of Philadelphia's hottest development spots. 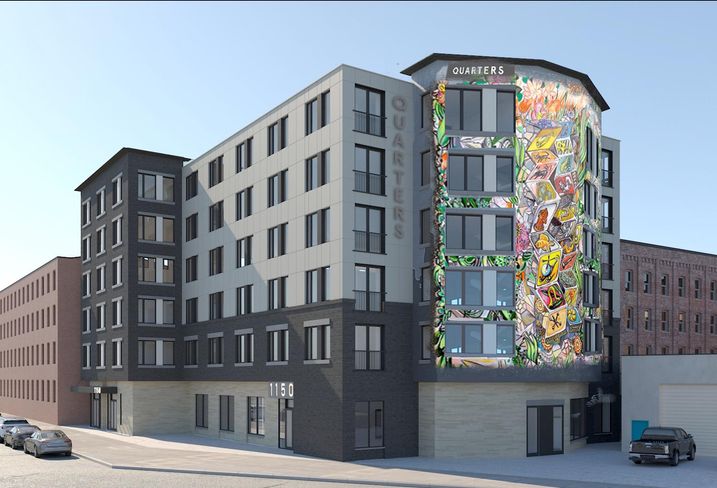 Quarters, the co-living subsidiary of German firm Medici Living Group, announced on Monday that the second project in its latest expansion phase, and first outside of New York and Chicago, is coming to 1150 North American St. on the northwest edge of Northern Liberties.

Quarters will have a long-term master lease with the property's owner and developer, Spain Property Group, which is building the six-story project from the ground up with Vaughan Buckley Construction. The companies broke ground at the site, formerly occupied by a beer distributor, late last year and expect to deliver it before the end of this year.

At 186 residential units spread across 74 shared apartments, the 60K SF building will be Quarters' largest in the U.S. when it is completed, though founder and CEO Gunther Schmidt expects that mark to be bested in relatively short order. After completing a $300M fundraising round for its U.S. expansion, led by family wealth fund W5 Group, Quarters is hitting the gas pedal.

Schmidt said that he and U.S. real estate head Mark Smith chose Philadelphia as one of their first expansion targets due to its combination of a robust university system and strong tech talent pipeline. With the latter in mind, it is hardly an accident that the company chose its specific location: A block away from the site is the Piazza at Schmidt's, which contains a WeWork location and the headquarters of homegrown software company Seer Interactive. 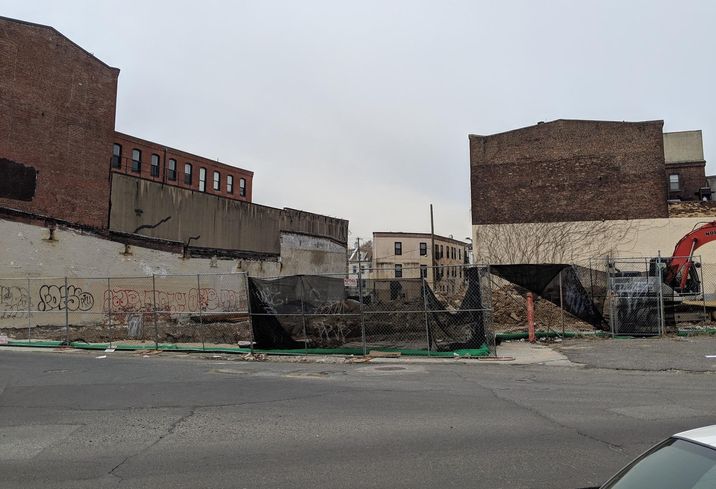 The blocks surrounding the Piazza are beginning their own development mini-boom. Just across American Street, Streamline Group has fenced off the triangular lot just north of the Piazza and west of its sister retail development the Shops at Schmidt's for a combination of townhomes and apartments.

Bart Blatstein, who developed both the Piazza and Shops, told Bisnow in an email that he plans to break ground on the massive Piazza Terminal later this year.

Piazza Terminal, which will be Blatstein's final major project in the neighborhood he revitalized, is set to contain nearly 1,200 apartments on the lot bordering the southern edge of the Shops and across Germantown Avenue from the Piazza. When asked about fitting into an area that is about to see such a deluge of residential density, Schmidt was confident in Quarters' ability to set itself apart.

“I think millennials are getting priced out [of Northern Liberties], and we can create a solution to that problem,” Schmidt said.

Every Quarters location attempts to set its rents 10% to 20% lower than the average one-bedroom unit in the surrounding neighborhood, Schmidt said. The exact number will be determined as the building approaches delivery and Smith analyzes the market at that time.

Even though all three neighboring projects will be new construction, Northern Liberties and its surrounding areas are full of former industrial buildings that either have been converted to multifamily or are potential redevelopment targets. Though he remains open to redevelopment projects, Schmidt said that about 90% of Quarters locations are likely to be new construction as its U.S. expansion continues. 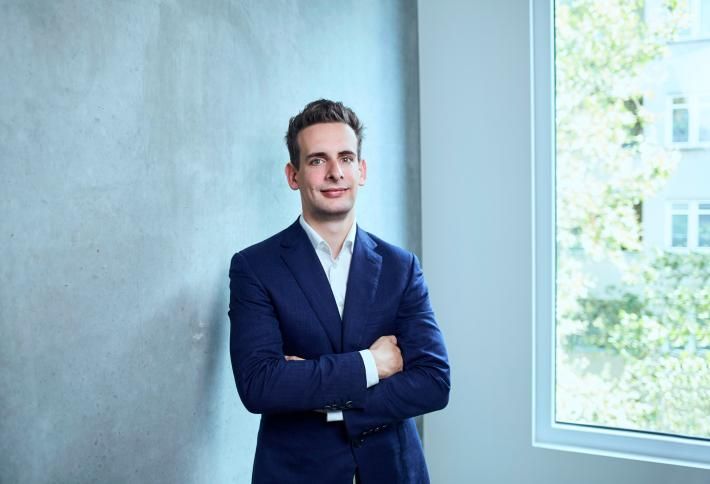 Schmidt's stated ambition to be "the WeWork of co-living" reflects a goal not just of size, but in creating an international community that builds personal connections on a level that Schmidt says is becoming increasingly rare in the age of social media. To that end, Quarters offers memberships that are not attached to any one building, but can be transferred if a tenant is moving to another city with a Quarters.

“The idea is really to have hundreds of locations around the globe, so you as a member can move from building to building,” said Schmidt, who promised that when spots open up in a Quarters, members moving from another location are prioritized over first-timers. “If you’re already in the Quarters network, we want to take care of you.”

One of Philadelphia's main attractions for tech talent, or millennials of any stripe, is its affordability compared to New York or even Chicago. Schmidt acknowledged that Quarters members pay rent reflective of the surrounding market, rather than a flat fee transferable anywhere.

“Unfortunately, our [pricing model's] base is always the local real estate market, so you will have different kinds of rent levels," Schmidt said. "But we’re also thinking about setting up tiers, so you could move between tier 1 cities without any change in membership pricing.”

Even though Quarters' next few location announcements will likely be in other cities, it is already seeking additional opportunities in the city; Schmidt expressed hope that it can find a spot in neighboring Fishtown. He believes that the company could build a city's membership base to 10,000 over the course of five years.

With its operating locations in 12 cities across three countries averaging 96% occupancy, and with its latest capital infusion in hand, real estate is Quarters' primary restriction for its expansion.

Now that it has deeper pockets, the company is exploring new partnerships with landlords beyond its standard 10-year agreement with two additional five-year options (like it has with Spain Property in Philly). By offering to invest equity, Schmidt hopes he can convince more developers who are leery of the co-living model.

“The goal is that we’re the last lease you’ll ever sign, but in order to get there, we need a quite a few more buildings,” Schmidt said.