A co-living company with dozens of locations in Europe and three in the United States plans to open in "every major U.S. city" within the next two years, and has hired a retail veteran to help do it. 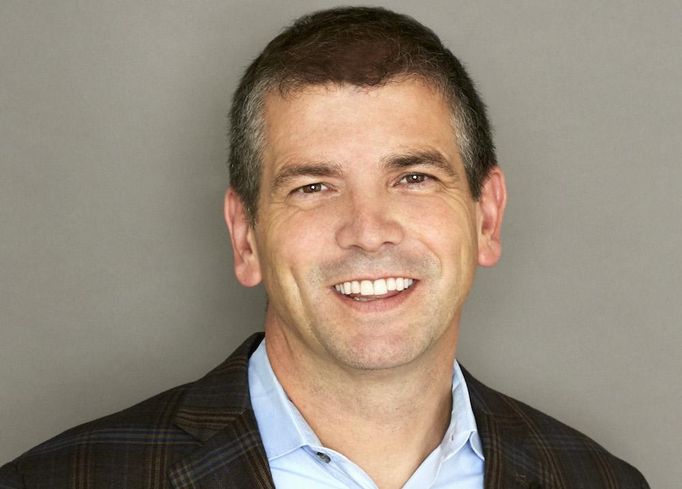 Mark Smith led the U.S. expansion of Pret A Manger for eight years, but after exiting the company in the wake of its acquisition by the owner of Au Bon Pain and Panera Bread, he has ventured into the realm of co-living, an ascending type of multifamily housing.

By next year, Smith told Bisnow, he expects to announce a location every month.

"It’s quite the aspiration," he said. "We are working on deals in San Francisco, Chicago, New York, D.C., we’ve got Philadelphia and we are looking at things in Miami ... We are trying to hit all the major cities, as well as some secondary cities." 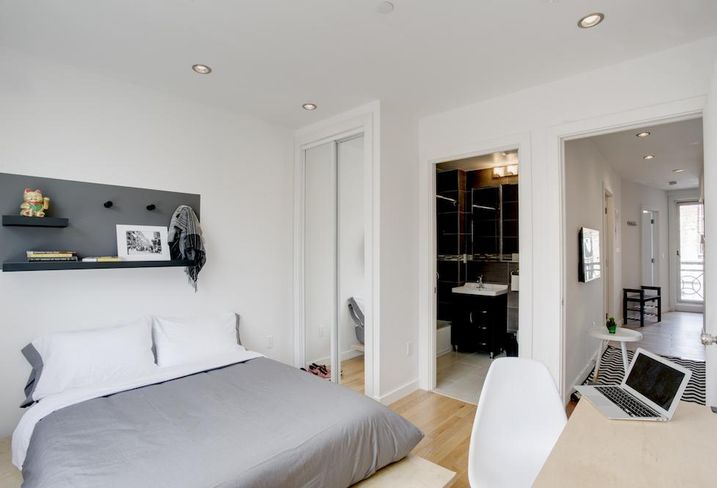 Courtesy: Medici Living Group
A bedroom at a Manhattan location of Quarters, a German co-living brand

Quarters master leases apartment buildings from developers, which Smith said has been the key to unlocking the hundreds of negotiations his team is currently going through across the country. Rather than serve as an ostensible property manager while rent goes directly to the building's owner, Quarters serves as a risk mitigator.

Residents sign a lease as short as three months and pay a flat rate that tends to be below market for the trendy neighborhoods Quarters occupies, and they get matched up with suite-mates and rent fully furnished, small apartments.

"They can show up with a suitcase and a towel and go to work," Smith said. "There’s a lot of people in our target group doing that."

Medici has more than 1,600 beds in its portfolio, Smith said, and has been operating in Germany for years. It already has infrastructure in place and has been planning to scale in the U.S. since before his hire.

Smith helped quadruple Pret's store count after previous stints at Kate Spade and Dunkin' Donuts, after which he said he was looking forward to making his personal investment in multifamily real estate into his full-time job.

"I wasn’t leaving retail specifically ... these are exciting times in both industries," he said. "I like to be in the middle of that action, wherever it is."

In 2019, Smith expects to sign 10 to 15 deals. Aside from San Francisco, Chicago, New York, D.C., Philadelphia and Miami, Smith said his team is actively pursuing locations in Denver, Austin, Boston and Los Angeles. 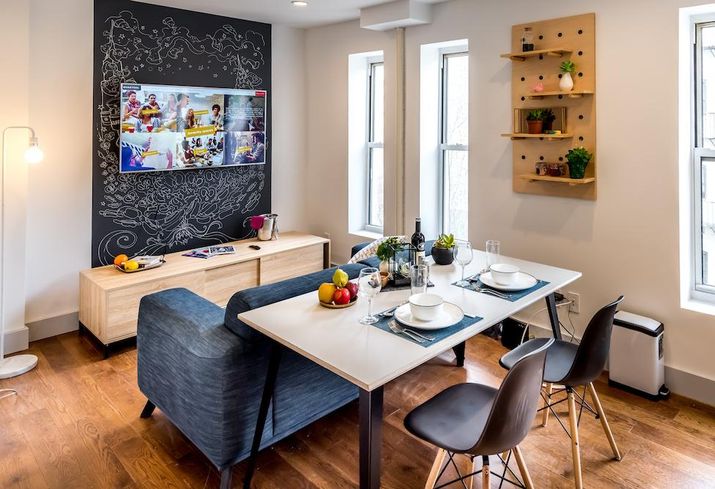 Courtesy: Medici Living Group
The common dining room at a Quarters co-living location on the Lower East Side of Manhattan

The average Quarters location is between 100 and 400 beds, and at about 250 to 300 SF per bed, most projects are between 30K and 100K SF. In Manhattan, Quarters occupies converted buildings, but in Chicago it debuted in a ground-up development.

"The developers are definitely excited about exploring [co-living]," he said. "What may be the tipping point is they’re starting to hear about other landlords having success with it, and we’ve got proven success with it. Our New York buildings are sold out, Chicago is getting close to being sold out."

Smith has been given a mandate for rapid expansion but he said his time leading Pret's expansion — it now has more than 50 locations in Manhattan alone, and multiple others in Boston, Washington, Chicago and Philadelphia — has taught him the difference between big and too big.

"Even though you feel like there’s Prets on every corner, you feel cautious about going too far," he said. "We have to be cautious on that."

Quarters is scoping out locations in up-and-coming neighborhoods — "with maybe more of an emphasis on the up," Smith said — with an eight-minute walk or less to public transit and lively nightlife.

"We tend to want to go into the neighborhoods where our target market wants to live," he said. "It's people moving into the big city, wanting to be in the action and wanting a user-friendly way to get there. That’s who we’re seeing, and we’re seeing it both internationally and in New York, and kids moving from the Midwest into Chicago."

Quarters has co-living competition in Common, Ollie and WeLive, all of which have hundreds of beds in their portfolios. Those concepts have all leased up well, and all have recently had substantial investment from established real estate companies.

The market is still burgeoning as the sharing economy finally shoulders its way into the housing space. While Quarters might not be a household name yet, it is trying to position itself as the dominant player in the space in the U.S. before the decade is out.

"As far as we know, we’re the biggest player out there," Smith said. "We’re operating from a position of strength, we’re proven in Europe, and we just want to go big with it."