Philadelphia has a central tension in its real estate market: rent is considerably cheaper than in New York and Washington, D.C., but construction is not. That tension shields Philly from overdevelopment, but it also is a stressor for the industry. 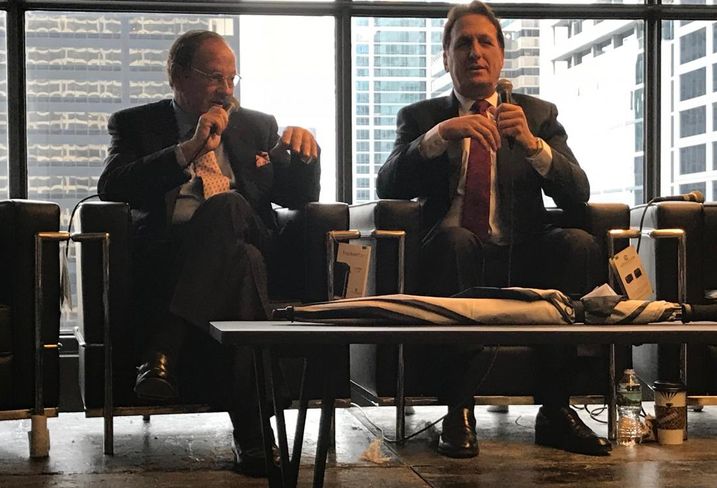 “Even New York is easier to build in than Philadelphia,” Toll Brothers co-founder and BET Investments principal Bruce Toll said. “Philly is the toughest city to build in.”

At the beginning of April, City Council President Darrell Clarke proposed a bill that would tax all construction in the city 1% as a way of funding affordable housing in the city. Fighting for the city’s affordability while increasing construction costs would be in character for Philly, and the potential tax was the cause of some frustration among panelists at Bisnow’s Philadelphia State of the Market event April 25.

“At the end of the day, it’s an idea to solve a problem that’s clearly there, but it makes the numbers that are already on the edge of working not work,” HFF Managing Director Ryan Ade said. "That will hurt the city’s ability to grow and attract outside capital."

More than 500 people were on hand at the event, and the conversation also touched on the incredibly robust supply pipeline for Philadelphia's multifamily market in 2018. According to Gilchrist's research, absorption rates may lag behind deliveries by over two and a half years — but that issue will affect some landlords more than others. 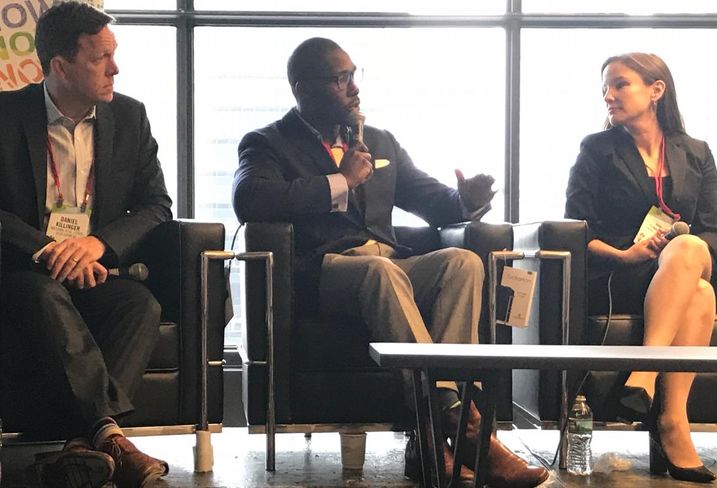 “We view the rental market as being very strong, but not for the $2,300/month one-bedrooms in Center City that everyone’s chasing," Post Brothers CEO Mike Pestronk said. "There’s too much of that. If you’re a different product or in a neighborhood, you’ll have more success.”

The development community isn’t unanimously opposed to the construction impact tax, as it is being called — the Building Industry Association's president, Alterra Property Group Managing Partner Leo Addimando, was present at the bill’s announcement to lend the association's support. But panelists bristled at the added financial burden and questioned just how much of a difference it would make.

“[A 1% impact tax] might create $22M in revenue for the city, which may get you 200 middle income units, which doesn’t fully address the challenge of affordability,” Steinbridge Group CEO Tawan Davis said. “You’ve got to be sure that whatever response the public sector does have actually addresses the problem in a sustainable way.”

The bill was one of two introduced to City Council at once to address affordable housing; Councilwoman Maria Quiñones-Sanchez proposed to add to the incentives for developers to set aside affordable units in new market-rate developments or pay into the city’s Housing Trust Fund. Neither bill addresses the 10-year tax abatement on new construction that is so popular with developers, but that could change as they make their way through the council, according to JLL Research Director Lauren Gilchrist. 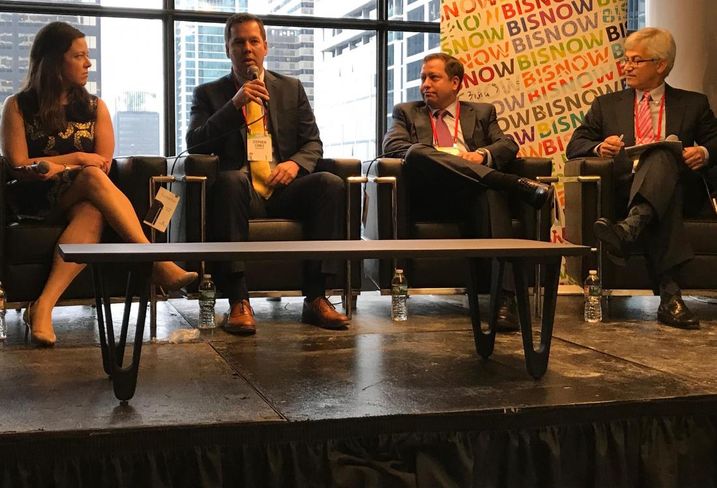 Weeks before the council proposals, Mayor Jim Kenney announced a plan to increase to the property tax and real estate transfer tax and slow down on decreases in the city’s wage tax. Taken with the bills in City Council, there seem to be enough changes coming to the real estate industry to make even a seasoned investor's head spin.

“My message to the council is that this is too much change all at once for finance to effectively underwrite,” Gilchrist said.

Even without new laws, the city has been aggressive in its annual property value assessments, boosting tax rates for properties all over the city. Though Philadelphia has become more and more attractive to out-of-market capital thanks to its strong demographics and value relative to New York, the city government still seems to have trouble getting out of its own way, the panelists at the event said. 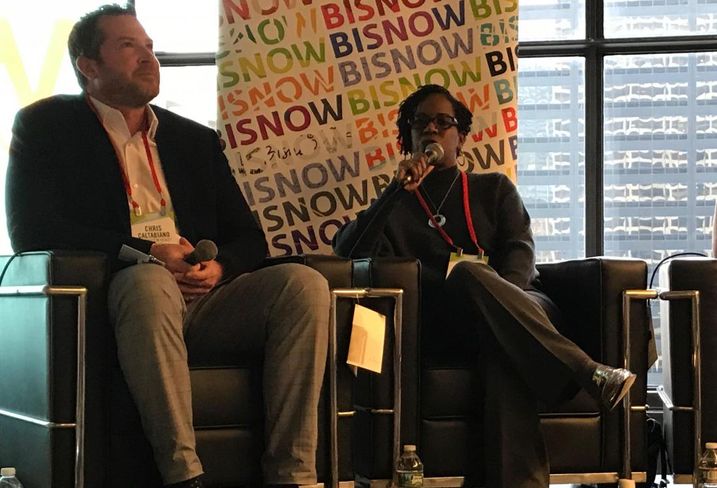 “There are new investors, but there still aren’t as many as in other markets,” Berkadia Senior Director Stephen Comly said. “The key term here is uncertainty, because there are too many variables for out-of-towners to come invest in our city. And the main area of uncertainty is the real estate taxes.”

The shifting tax structure has impacts beyond the highest levels of real estate in the city. Outside of Center City, University City and the close, affluent neighborhoods, Philly remains a city of deeply impoverished areas with poor housing stock. Though the construction tax is meant to preserve affordability, it might make building or renovating housing more difficult in those neighborhoods.

“We’re doing affordable, market-rate housing in the neighborhoods, and the 1% tax would make that more challenging, because the capital stacks we’re dealing with are already very complex,” Mosaic Development Partners co-founder Leslie Smallwood-Lewis said. “It’s counterintuitive, since this tax is meant to encourage affordable housing, but I think it would hurt that market.” 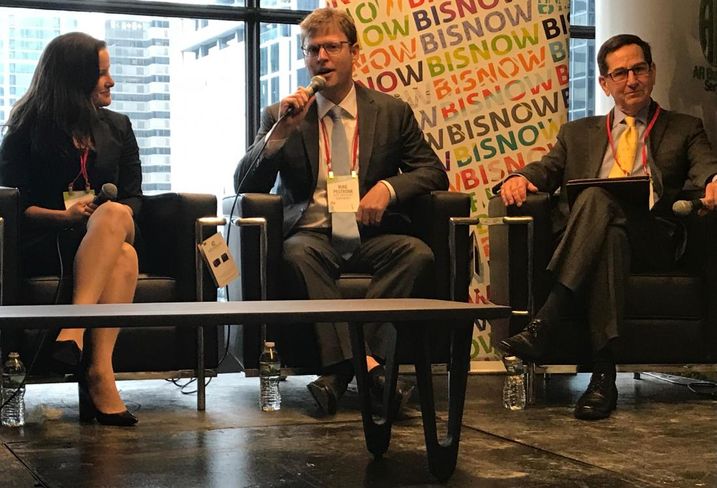 A recent proposal by Brandywine Realty Trust President and CEO Jerry Sweeney would actually tax commercial real estate even more, but only in conjunction with a serious decrease in the wage tax and other taxes on individuals in the city.

Gilchrist, who provided research for the proposal, knows it would be a sweeping change that requires a constitutional amendment (and thus a lot of time and effort), but said it would be a better way to fix what ails Philly than “pulling every policy lever we have.”

Multiple panelists agreed that rather than trying to legislate away the city’s issues, Kenney and the council would do well to simply encourage economic growth. One result would be that rents could rise to catch up with construction costs.

“After all, the New York tax rate is very high, and they’re not as concerned,” Ade said.

“All the problems will work themselves out if we have more revenue,” Gilchrist said. 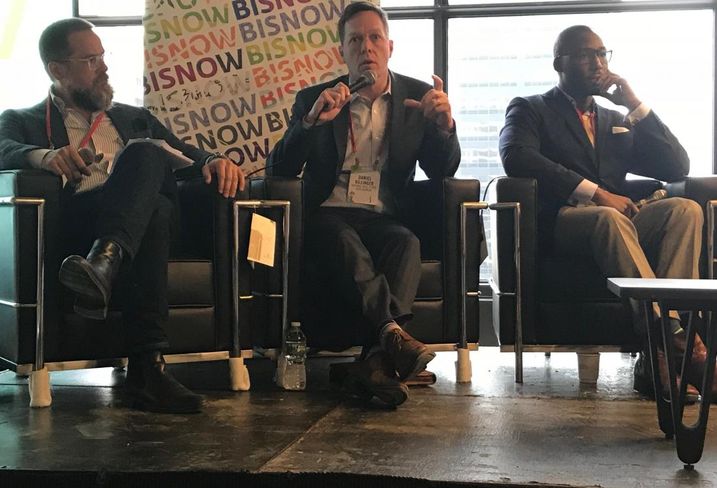 “I think you have to be careful of becoming overly dependent on government cash to solve private market problems, full stop,” Davis said. “Taxes are blunt instruments of economic development that often don’t address the nuances of economic problems.”

Whether or not all the changes to the tax code come to fruition, there has already been a massive one: the Republican federal tax reform plan passed early this year, which has been greeted warmly by the commercial real estate community.

“The Trump tax cuts, for all the issues there, have injected a lot of dollars into a lot of corporations’ pockets,” Gilchrist said. “So we’ll see a lot of expansions and Philly is in an interesting position to potentially be a landing spot [for a new company].”

CORRECTION, MAY 1, 12:45 P.M. ET: A previous version of this article misstated Tawan Davis's estimate of the revenue the construction impact tax would generate for the city. This article has been updated.