Creative Space Is a Hit in OC. Here's Why.

Call it creative or next gen or simply the latest in office space. Whatever it's called, there's no doubt that Orange County tenants want it, and are willing to pay more for it, according to the speakers at our recent second annual OC Evolution of Office event. 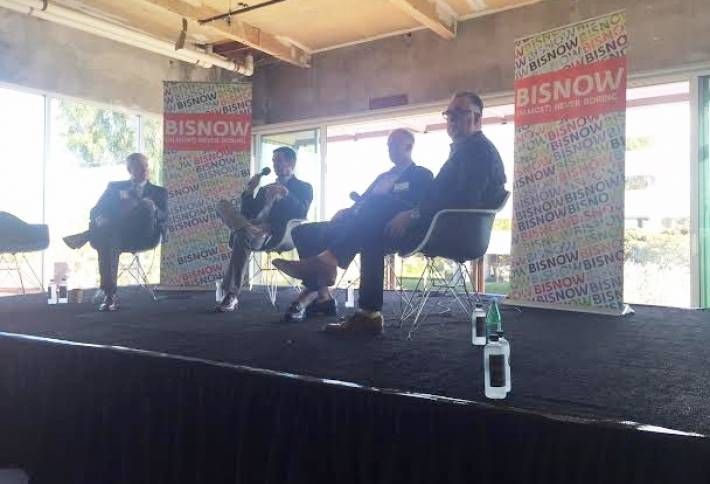 The event was held at Bixby Land's Avalon project at 1501 Quail St in Newport Beach, with the creative office project as a case study. The speakers agreed the bones of the building are good for what Bixby is doing—namely creating office space that will take advantage of the intense demand for space that promotes interaction and collaboration among employees, and fosters a sense of place. Snapped: Cresa principal Jeff Manley, who moderated; Bixby Land SVP Mike Severson; DBaC's Bruce Asper; and IA Interior Architects Orange County managing principal Brian Koshley. 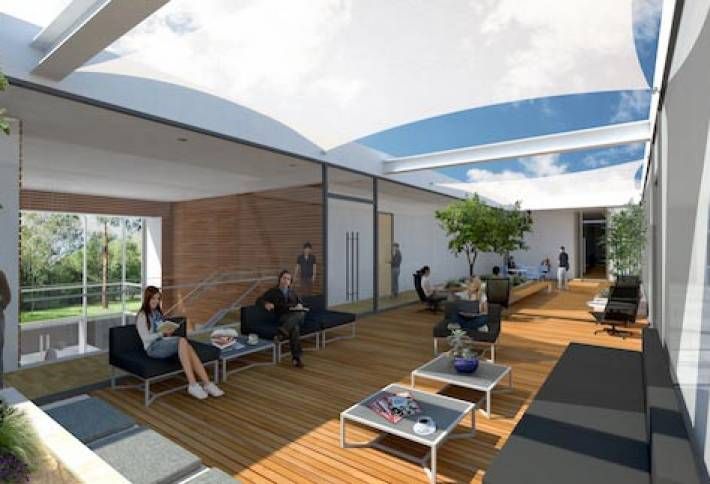 The goal is to create a place people want to come to, not have to come to, the speakers explained. Among other features at Avalon that help achieve that goal are walls and ceilings that allows natural light to pour in, and a second-floor open air deck and courtyard for tenants. The speakers noted that indoor-outdoor space is very popular in today's creative office design, and something that Bixby's creative developments have. Pictured: an interior rendering at Avalon. 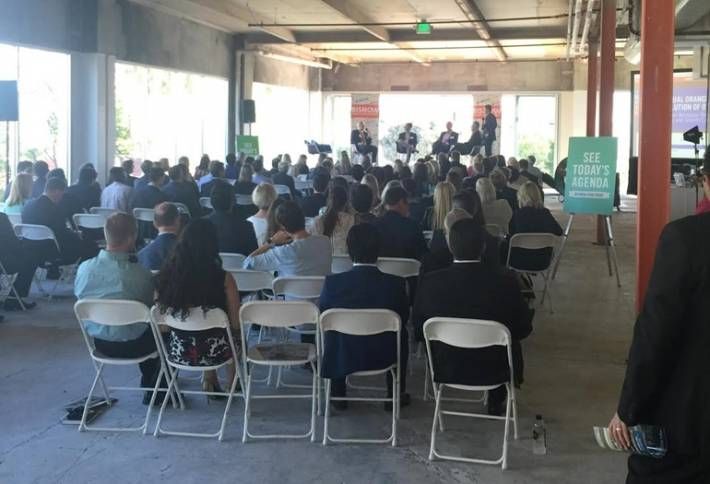 Demand is strong for creative office space, and that's the main factor in driving rents, our speakers noted. In that way, Orange County is just beginning to experience what happened in northern California a few years ago, when tenants started competing for the most desirable space. The supply-demand equation then tilted in favor of landlords, with rents up and concessions down. Pictured: Our attendees at raw space in Avalon. 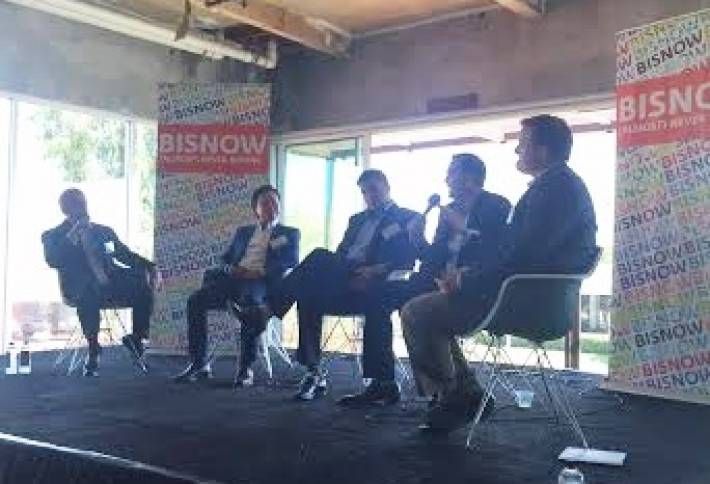 Job growth, which is about 2% to 3% a year now in OC, or 50,000 or more positions a year, is driving tenants to compete for space, but it isn't just the raw number of jobs that matter. For one thing, not all new jobs are tech jobs. A few years ago, mostly tech workers wanted creative space. Now a lot of non-tech workers do too. Snapped: RMKB partner Stephen Erigero, who also moderated, Harbor Associates principal Joon Choi, Stern & Associates principal Howard Stern, CapRock Partners president Jonathan Pharris and Greenlaw Partners founder Wil Smith. 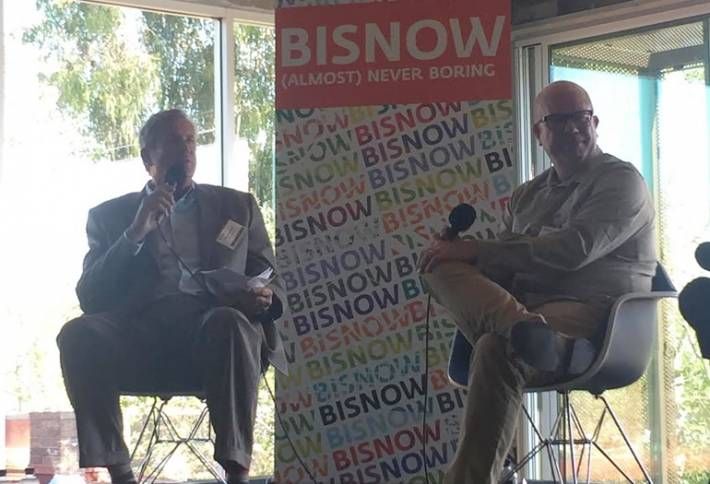 Employers now realize that creative space is an important tool in attracting talent and keeping employees, our speakers said. But they also need to realize that every creative project is different, and there's no single formula, even though there are common elements (natural light, amenities). Employers need to have a vision of how a space will benefit their workers, ideally before the site-selection process begins. Snapped: Pivot Interiors principal Ray Stromback, who moderated, and Oakley director of facilities Mike Ross. Also speaking were Rapt Studio CEO David Galullo and Howard Building Corp CEO Paul McGunnigle.