A national multifamily developer with a growing Bay Area footprint is now seeing returns on its investment in Jack London Square. 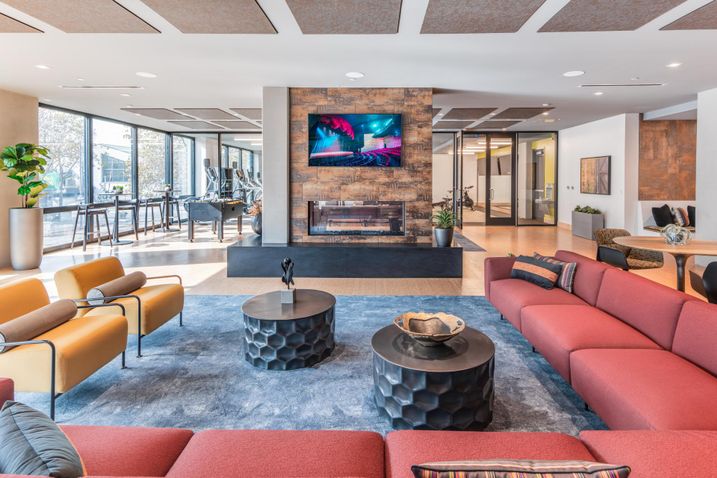 Florida-based Mill Creek Residential has begun move-ins and leasing at its Modera Jack London Square, a 134-unit luxury apartment complex just a few blocks from where the Oakland A's hope to build a new 34,000-seat ballpark.

The project, which began construction in 2017, includes about 5.5K SF of ground-floor retail at its waterfront location, along with a mix of studios through three-bedroom apartments at its 378 Embarcadero West address.

Modera Jack London Square's first residents move in as other projects in the waterfront area hit milestones, and as the A's wait for the city's environmental report on their new ballpark to come out in the next month.

A block away from 378 Embarcadero West, CIM Group recently topped out its eight-story, 333-unit project at 40 Harrison St., which it expects to open next year.

Across Oakland, apartments continue cropping up and receiving approvals, creating a temporary renter's market in the city. Mill Creek's Jack London Square community, where studio rents start at $2,350 and one-bedrooms at $2,870, is offering up to eight weeks free rent, according to its leasing website.

Amenities include a private parking garage, a fitness studio, a pet spa, coworking spaces and a panoramic roof deck.

For Mill Creek Residential, its Jack London Square product is one of several it has in its Bay Area pipeline under the Modera banner. Construction on its 173-unit Modera Lake Merritt project in Oakland is underway, as is work on a rare Berkeley apartment project, the 205-unit Modera Acheson Commons, which is expected to open next year.

Mill Creek Residential did not respond to requests for comment on how much of its Jack London Square community is leased.