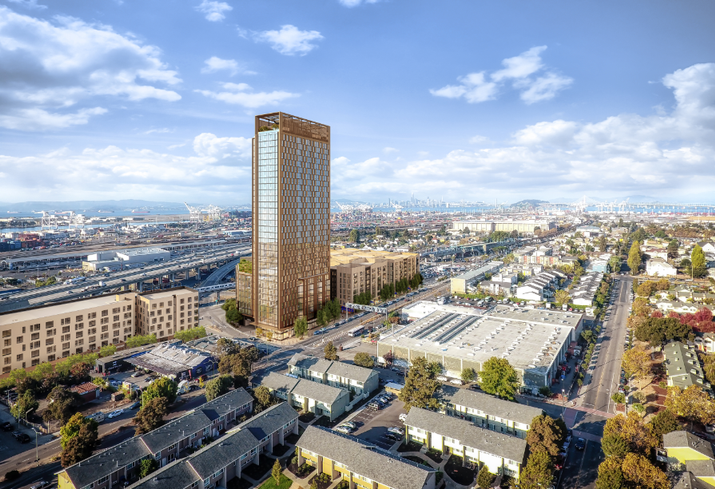 One of the Bay Area's most forward-thinking transit-oriented developments just got the green light from Oakland's Planning Commission.

The project uses California's state density bonus law to overcome the 0.35 spaces per unit called for in Oakland's West Oakland Specific Plan, thereby avoiding the 361 parking spaces that would have been required.

Panoramic originally called for no parking for residents and just eight spaces to accommodate retail activity, but it faced some backlash, Panoramic Interests Director of Development Zac Shore said.

"We probably came out the gate a little hot on that," Shore said. "The reaction from the planning department was nuclear."

The developer had to compromise somewhat on the end total, but through community outreach and help from transportation consultant Fehr & Peers, Shore said Panoramic was able to convince Oakland's planning department that 59 parking spaces would suffice.

Now, the developer plans on breaking ground in June 2020 and will target middle-income residents, with rents for its multiple bedroom units at under $1,000 per bed, Shore said. Its Panoramic Transit Village at 500 Kirkham will most heavily feature units of two to four bedrooms, with the largest share having four bedrooms. 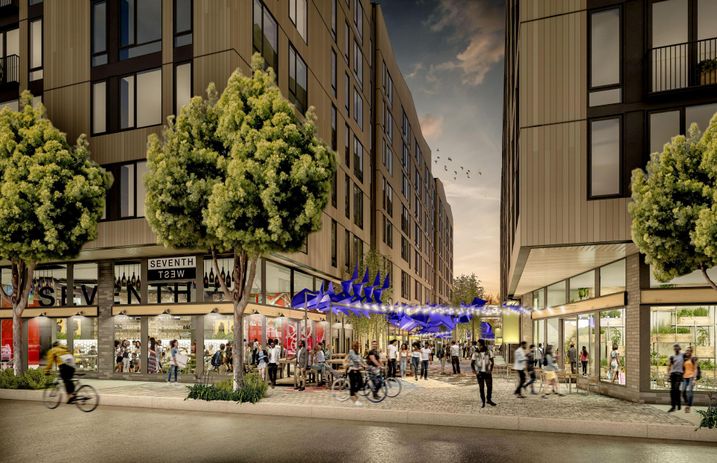 "We're optimistic this is the right amount of parking next to a BART station," Darin Ranelletti, policy director of housing security in the mayor's office, told Bisnow. "We find that with the increasing number of transportation alternatives out there now, that we're going to be seeing more and more projects with less parking."

Panoramic's project will also bring West Oakland a new tallest building. In addition to about 40K SF of green space and 35K SF of ground-floor, local business retail, the developer will build its 1,032 units across three new buildings: two 84-foot mid-rises and a 23-story, 357-foot tower.

That tower will narrowly eclipse the other megaproject coming to what's been a heretofore neglected area around the West Oakland BART station. Currently in Oakland's planning review process, China Harbour Engineering Co.'s and Strategic Urban Development Alliance's 800-unit mixed-use project on BART property near the station could begin construction as soon as next year.

All told, Oakland has 9,304 units under construction and almost 7,000 coming online this year, both topping any other city in the Bay Area, according to Ranelletti.

"It's a green light in our quest to invent an urban neighborhood that is entirely dedicated to bikeable, walkable and BART-able characteristics," Kennedy said. "We want to reinvent Greenwich Village in Oakland."

Pankow Builders is the general contractor for the project. Lowney Architecture did initial concept design, with Solomon Cordwell Buenz and Einwiller Kueh coming on for design changes as well. SITELAB urban studio was the lead designer for the project.

Kennedy says total development costs will be $650M to $750M.